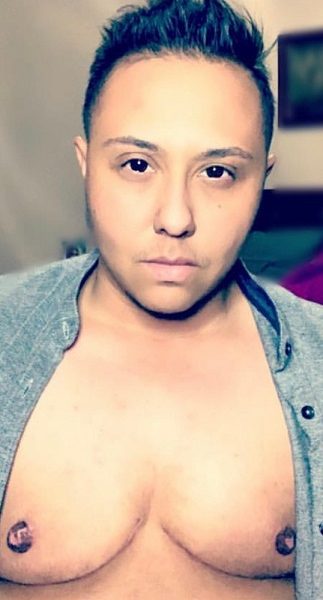 Today we’d like to introduce you to Rome Whittemore.

Hi Rome, so excited to have you with us today. What can you tell us about your story?
I was born Cassandra and inside had no idea who I was, I just knew it wasn’t who or what I saw when I looked in the mirror.

I engulfed myself in soccer, track, and basketball to make the clothes I wore seem okay to my mom even though they weren’t. I never wore the tight shirts that girls did back in my day or the make-up or anything that was girly… the underwire bra my mother gave me was annoying because it would draw attention to the body part I had the most hate towards.

I had my first crush on a 3rd-grade teacher who wasn’t even my teacher, her name was Mrs. Leach. I was in 5th grade and that is when I knew I was attracted to women. How could I explain this to my mother who already had so much anger towards me for being comfortable? As more time went on, I hid the fact that I was a lesbian, as well as the fact that I wasn’t comfortable in the body I was in.

My mom found out about my first lesbian relationship because I was dating the girl next door, she kicked me out and I lived in a tent in the backyard with an extension cord that went from the house to a power strip that had a mini-fridge, and my TV. I was only allowed to go in for showers and to use the bathroom.

Knowing my mother acted this way, I became more scared to open up about who I felt I was. Why did it matter right? She already kicked me out and disowned me. Well, it mattered because she was all I had. A single mother raising her one and only defective child. My mom had my stepfather who hated me because I was black and because I was gay.

I moved out of the backyard and began living with my girlfriend at the time. I began to realize more and more that something “wasn’t right” about me. The intimate moments we had began with me wanting to be more like a man. The first purchase of a strap-on was made and boy did I feel free… in the whole four years we were together I never mentioned to her I felt more like a boy.

Probably all the hate and anger, I received from my mom. Things weren’t going so well in that relationship, I was physically, mentally, and emotionally abused. So I joined the Army in 2007 as a mechanic and deployed to Afghanistan in 2009 as Personal Security.

I never hid the fact of being lesbian despite the don’t ask don’t tell policy that was in effect at the time. I was lucky enough to be a part of a battalion that accepted me for me. I still never came to terms with who I was inside but I could feel the emotion getting stronger. Every time I would always turn to my mom and the comments she would make, the disgust on her face, and the disappointment when she found out I was gay.

I came home from the military in 2011. I was never big on the LGBT community but heard about the women’s football league so I began playing Football for the Arizona Assassins.

By this time I was in a new relationship, and expecting a child (who wasn’t carried by myself or my partner) in fact the baby had no biological ties to either one of us. I realized traveling wasn’t going to work so I began to work for Apple. We split eight months after the birth of my daughter due to finding out my partner was doing meth and cheating. I realized then I had just become a single parent, just like my mom was when I was growing up.

Throughout all these years of me hiding who I was for the love of my mother, my mother’s health diminished. She had surgery after surgery for PAD. In 2017 she went in for a surgery that was the most difficult but also the biggest blessing for release. The surgery didn’t go as planned and for a month she fought, she cried, she opened up about her regrets, and then she passed away. I love my mother for she had many choices as to what she could have done with me but she kept me. I will forever be grateful for her.

I look back on the conversations I had with my mother while she was in the hospital and the line I replay every day is “I’m sorry, I should have done more for you” Why? Why does this play in my head? I thought about it for weeks. As my daughter was playing in the tub one night I stared at her and replayed my mom’s face and her words. It came to me… she had regrets. She was making peace. I don’t want regrets on my death bed. I don’t want regrets in my life or my daughters. That is when I knew I needed to make a difference in who I was.

I lay in bed and realized I couldn’t stand my chest. I was a 36C and uncomfortable. I would slouch and do whatever I could to divert attention from my chest. I began to search and found out about binders and being transgender. I honestly didn’t even know what transgender meant. I would read the definition and others’ experiences and I would say oh okay… lol. I ordered my first binder from a company I found on Instagram and was beyond excited when it arrived.

I left work early to pick it up and put it on. I use to always look at different males with bodies that I envied. Never had an attraction to them, but an attraction to look like them was apparent. After putting the binder on and seeing myself in the mirror, I realized this was the answer. I felt more like me than I had ever felt in 34 years. Mentally I knew I was no Zac Efron in Baywatch but man… I sure felt like I was in the moment. I realized who I was all from a binder.

I began to read more in reference to transgender before saying this is who I am. The definition states denoting or relating to a person whose sense of personal identity and gender does not correspond with their birth sex, I accepted I am transgender and began to do more research on what steps I take. I turned to google, and Instagram. I began reaching out to a few people on social media and asking them hey how did you get started on your HRT.

I was told I had to see a therapist first. I began to search for therapists in my network for insurance. As the days went on, I realized more and more that I could finally be who I had been hiding since I was a child. My mother was no longer there to “hold” me back, I refused to have regrets and I refused to teach my daughter to grow up and be who she is, whoever that may be while I myself am hiding in the shadows.

As the time got closer to my first shot, I began to think about the things in life that we all tend to hope for. A relationship, more kids, acceptance in public. On February 28, 2018, I had my first Testosterone shot. In December 2018, I had my top surgery, in November 2020 I had stage one bottom surgery. I speak for Estrella Mountain Community College CRE101 classes, I have stood and spoken in front of school boards on why it’s important to accept students for who they are and recognize them with a simple I see you.

I have been presented in ION magazine with my fiancé and our Shar Pei peaches. I speak wherever and whenever the offer arises, I work for Apple, I also work for Axon and I am freely conversing with my supportive manager at Axon on the proper way to address trans individuals in the workplace. As well as I work for not only myself but for the LGBTQIA+ community.

I am a father, fiancé, OEF veteran. I am black, white and I am transgender.

We all face challenges, but looking back would you describe it as a relatively smooth road?
Minus my mother kicking me out and putting me in a tent I have been fortunate enough to have a smooth transition process. I am as the transgender community would say “passing”.

I have had very few individuals have genuine hate or dislike towards me as a result of being a transgender individual. I have been fortunate to have insurance that helps with the cost of transitioning. My bottom surgery bills so far add up to $500,000. My top surgery was $60,000, testosterone is $70 every three months.

That doesn’t include electrolysis appointments as well which are not covered by insurance. Although I have insurance, costs are still a struggle. I refuse to give up though.

As you know, we’re big fans of Rome Khalil. For our readers who might not be as familiar what can you tell them about the brand?
My Brand is me… lol. My name is Rome Khalil Whittemore, I am an advocate and a public speaker for trans individuals no matter if that is in a workplace, at a school, on social media, or out in public. I was never one for public speaking, or even speaking to people in general. It hindered me from being in the LGBTQIA+ community.

I overcame that fear when I found out who I am. I am most proud that I am able to have opportunities to speak in so many places. I am able to be visible to all who are transgender, or are allies and are scared to speak up. I am there for those who don’t have support.

I actually have students reach out to me on Instagram and I check on them, I give them a phone number that comes to me because if being there for someone to talk to when they are struggling prevents one less suicide or self-harming then I will be there. There isn’t going to be an answering service, there isn’t someone who doesn’t know what it’s like to be transgender.

I am here for ALL. Transitioning isn’t just the individual it’s the family, and friends who transition as well in a different way. What I do isn’t just a business. No one is just another client or opportunity. It’s a passion and everyone is a living breathing person who I see as a person.

What does success mean to you?
Success is when you are able to not change minds but perspectives. To not require or expect acceptance but to require and expect respect. I live by the term empowerment over embarrassment. That’s how I define success in my field. 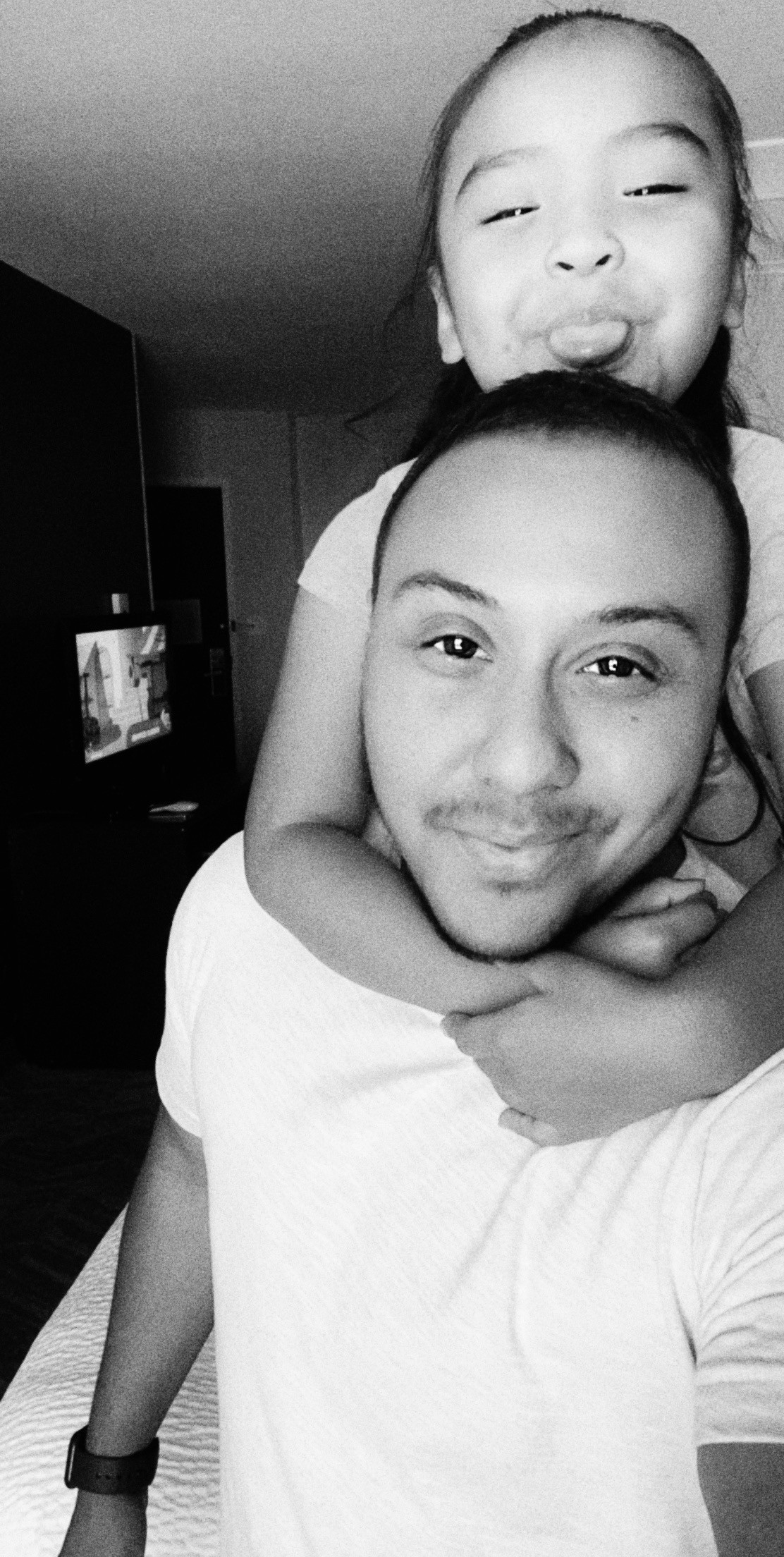 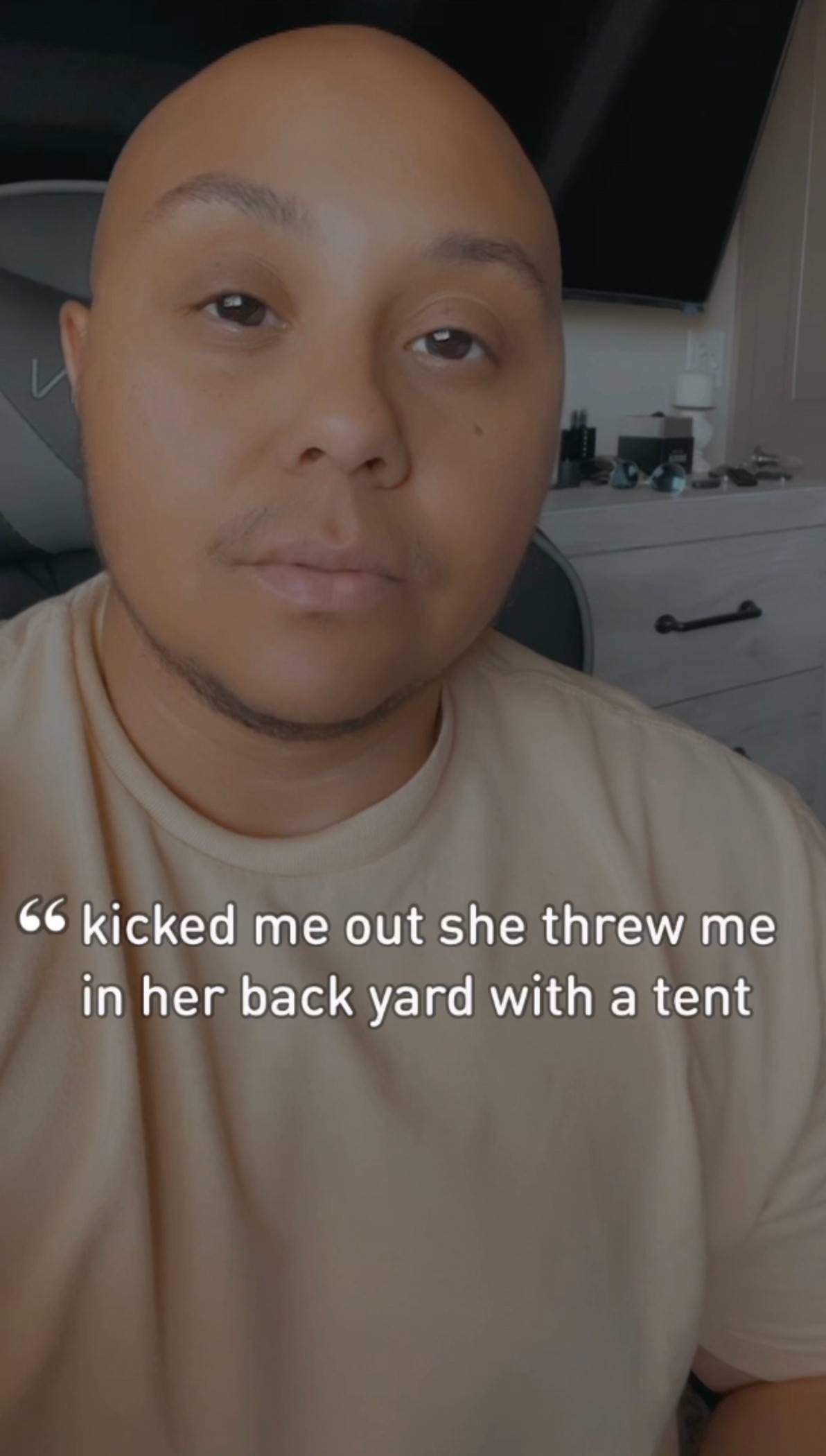