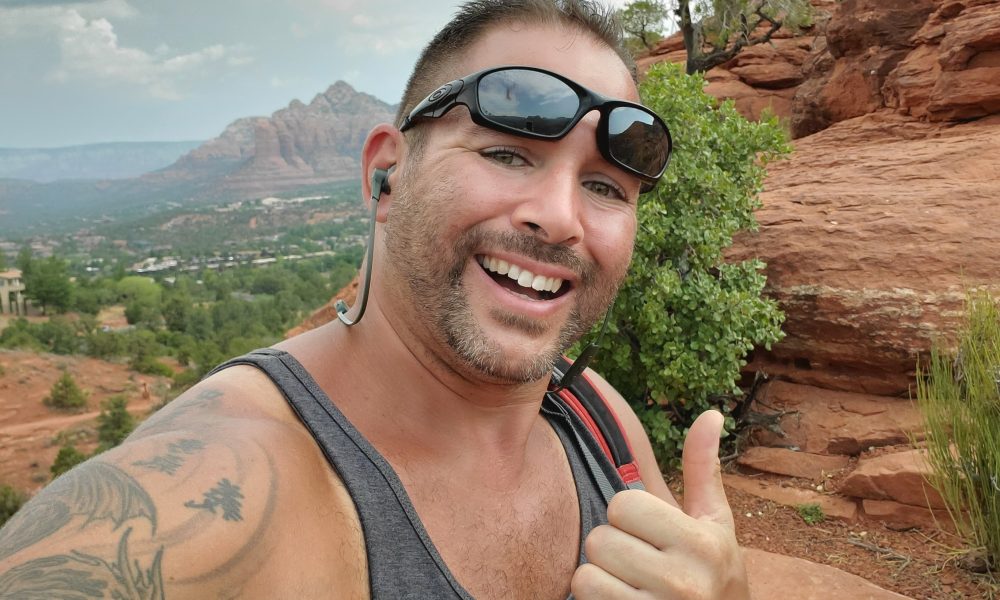 Today we’d like to introduce you to Erick Rook.

Hi Erick, we’re thrilled to have a chance to learn your story today. So, before we get into specifics, maybe you can briefly walk us through how you got to where you are today?
I was an overly creative and sensitive kid who struggled growing up with being confident in myself and my abilities. I regularly fought with being put down and basically being told I couldn’t or wouldn’t succeed at whatever I put my mind to. All of this created a self-image of insecurity and internal anger struggles.

In my mid-20’s I wound up in counseling to help curb and eliminate my anger issues and self-destructive tendencies, which stemmed from the above. This helped me understand the source. Yet, it wasn’t until I was unexpectedly introduced into the spiritual world and meditation that my life began to change. It was from this point on in my mid 20’s that I began to learn how to open myself up more mindfully. This began to help me immensely, allowing myself to access a deeper side of myself. This proved to be another huge step in igniting my self-exploration to a whole other level. It allowed me to see the layers of life stripped away and presented in an entirely different light.

Fast-forwarding through the years of utilizing the tools I had discovered to better myself, I became certified as a personal trainer and continued to add to my knowledge base by taking additional strength and conditioning certified courses, of which I still continue to read/study to expand my knowledge more.

A few years after my PT certification. It was my first overseas trip to a place that was not on my travel radar that “activated” me, causing me to experience and appreciate a different side of life: Thailand. This activation would help me discover more of my and life’s gifts and strengthen my desire to use them in service to help others. It allowed me to open my senses more to experience the most out of my life. It was also while in Thailand that I became exposed to another experience that I never thought would become something that I would embrace and fall in love with.

Thus, upon my return to the states, I sought out Muay Thai training. Muay Thai ended up helping me further strengthen and bolster my self-confidence. This experience was due to a mix of things: my then coach, who instilled a level of confidence in me that tore down the residual issues in that department (which I was still dealing with from time to time); the rigors of training; and then my first combative tournament.

With the tournament, I set out to prove to myself, win or lose, that I could accomplish overcoming the odds. That as a child of mental abuse who was still struggling with those residual negative naysayer voices from the past, that I could use that experience to silence them. My continuation of evolving and growing presented me to my next discovery.

The timing on this discovery was right around when I left my corporate office career of 14 years to move into this new direction. Out of the many thousands of forms of Qigong, I discovered a system that added another layer of benefit to help me internally. Experiencing deeper learning about the fascia, meridians, and Qi by practicing regularly, I began to feel the benefits and a whole new level was added to heighten my mind, body, and spirit. Eventually, I was able to merge both external and internal arts that I had grown to love: Qigong, Muay Thai and Mindfulness Meditation into a system known as QII-TAU (energy-life) and open a small location.

My small location was closed at the onset of the pandemic, but I wasn’t distraught over it. I just rented the location, but everything in it and the name, House of Attilius, was still mine. I went back to the drawing board to restructure my business for the journey moving forward and basing my business more out among the surroundings an promoting of nature.

Plus, this change has allowed me to journey back full circle to my writer roots and develop a series of eight books based around a young girl who has a traumatic life-changing event and in turn, journeys through southeast Asia in order to experience ancient techniques to utilize in her healing and growth. I’m planning on the first in the series to be released later in 2021.

My goal and desire with my coaching is to help people become more enlightened through the methods I have discovered throughout the years. To guide them through the chaos of life and onto a stronger path towards dominating their mind, body, spirit while igniting and fueling that positive fire within, letting it rage.

Can you talk to us a bit about the challenges and lessons you’ve learned along the way. Looking back would you say it’s been easy or smooth in retrospect?
It has not been the smoothest of roads but it hasn’t been the bumpiest either. I’ve learned a lot along the way about what went wrong, what went right. I was very green in the world of business. I’ve signed up with a business coach who I had thought had my best interests in mind, and in turn, he didn’t. We just weren’t a good fit for one another as I discovered later.

Another misstep was that I tried to be too many things instead of focusing on a niche, if you will. With my background in personal training, Muay Thai, Meditation, and Qigong my message wasn’t quite clear. People weren’t quite sure what I was targeting, and struggling to obtain clients in the beginning, was already an uphill battle.

The pandemic of 2020 forced me to close my location, which had been open for only a year. A drop-in clients and the uncertainty of where things were headed in the coming months firmed up my decision, rather than rack up more debt, etc.

Can you tell our readers more about what you do and what you think sets you apart from others?
House of Attilius, the name I came up with back in 2014. I wanted something that reflected my heritage (Greek and Sicilian) and what my goals were with my business. So, I searched through ancient Greek names, mostly gladiator-based, and came upon a somewhat obscure gladiator by the name of Marcus Attilius. Not much is known about him outside of what was chiseled on a wall outside of an ancient arena in Greece.

That history record in 75AD said that centuries ago, during the Roman gladiator era, a commoner named Marcus Attilius chose to enter himself as a free man into a gladiator school to pay for the debts he accrued. In turn, he went on to become one of the top gladiators of his time. It was with his small backstory that I was able to make a correlation between his journey and the journey of all of us: a person can push themselves to achieve and overcome life’s obstacles resulting in great success.

Adding the “House” to his last name has two different meanings: First, it represents a house of knowledge and training, much like the gladiator houses of that time. Second, a house has a foundation, walls, and roof to make it sturdy and strong. If any one of those three has a crack in them, the house will begin to fall apart. Much in the same way if we don’t take care of our health in all areas.

The three principles I’ve aligned with the House are: Foundation = The Spirit, Walls = The Body, Roof = The Mind.

Within, I’ve developed the QII-TAU system (energy-life), which covers mobility, movement, and mindset using a structured 12-week program as a jump start which combines various Qigong exercises based around the program goal, Muay Thai technique and movement in the form of energy drills, mindfulness meditation built around the goals of calmness, awareness, consciousness and enlightenment. Dynamic stretching is part of the program as well, and optional minimalist strength and conditioning based on each the goals of each student.

This system is workshop and retreat-based (workshops monthly and retreats planned 3x per year for the Sedona area and eventually Thailand), with individual private sessions or small groups of no more than four people available. For the foreseeable future, I have moved away from holding a weekly class.

The philosophy of House of Attilius is “True Victory Is Victory Over Oneself,” which is an old Samurai maxim, “Masakatsu Agatsu.” This means the only struggle that exists is between you and yourself. That struggle between you and your spouse, you and your job, you and other people, you and anything and everything else are nothing more than illusions. To make a change involves effort, devotion, commitment, and sacrifice. Your old self is the one who doesn’t want to change away from your old or current habits that you’re trying to break. To achieve True Victory requires constant vigilance to keep your old habits at bay so they no longer can hold you back. If you truly want change, growth, passion, achievement, happiness, and VICTORY… then you will need to go through the struggle with your old self in order to defeat it and lay it to rest.

The ultimate goal is to base the main hub of my business in the Sedona area, where retreats would be held on an acre or two of property. Also to discover an individual or two who share my dedication and mindset to help evolve the business as I step more behind the scenes on the day-to-day operations. I want to have House of Attilius continue operating long after I’m gone, remaining a beacon of knowledge and growth, helping to heal for generations to come.

We’d be interested to hear your thoughts on luck and what role, if any, you feel it’s played for you?
I wouldn’t really say “luck” has played that much of a role through either my personal or private life. Because I am more Buddhist in practice and thought, opportunities have been presented at various times because of me working myself in a certain direction or crossing paths with a certain person or persons and opening a general dialogue with them. Sometimes those opportunities pan out and sometimes they don’t. Sometimes you take opportunities and sometimes, you pass them up for whatever reason. But I’ve gained more experience through all of the good and not so good that has only made me a wiser person in business and life as I continue to build forward towards my goals. 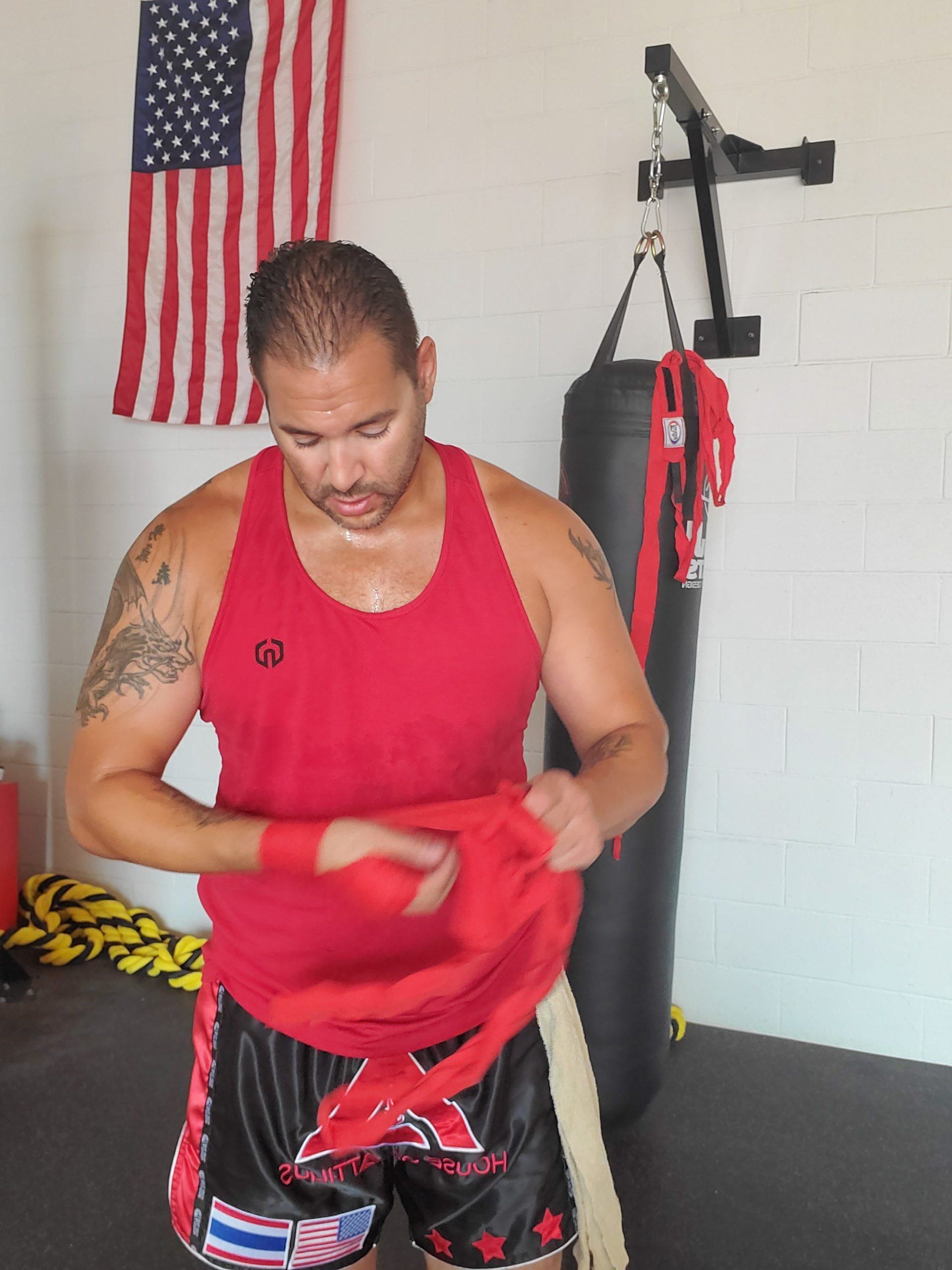 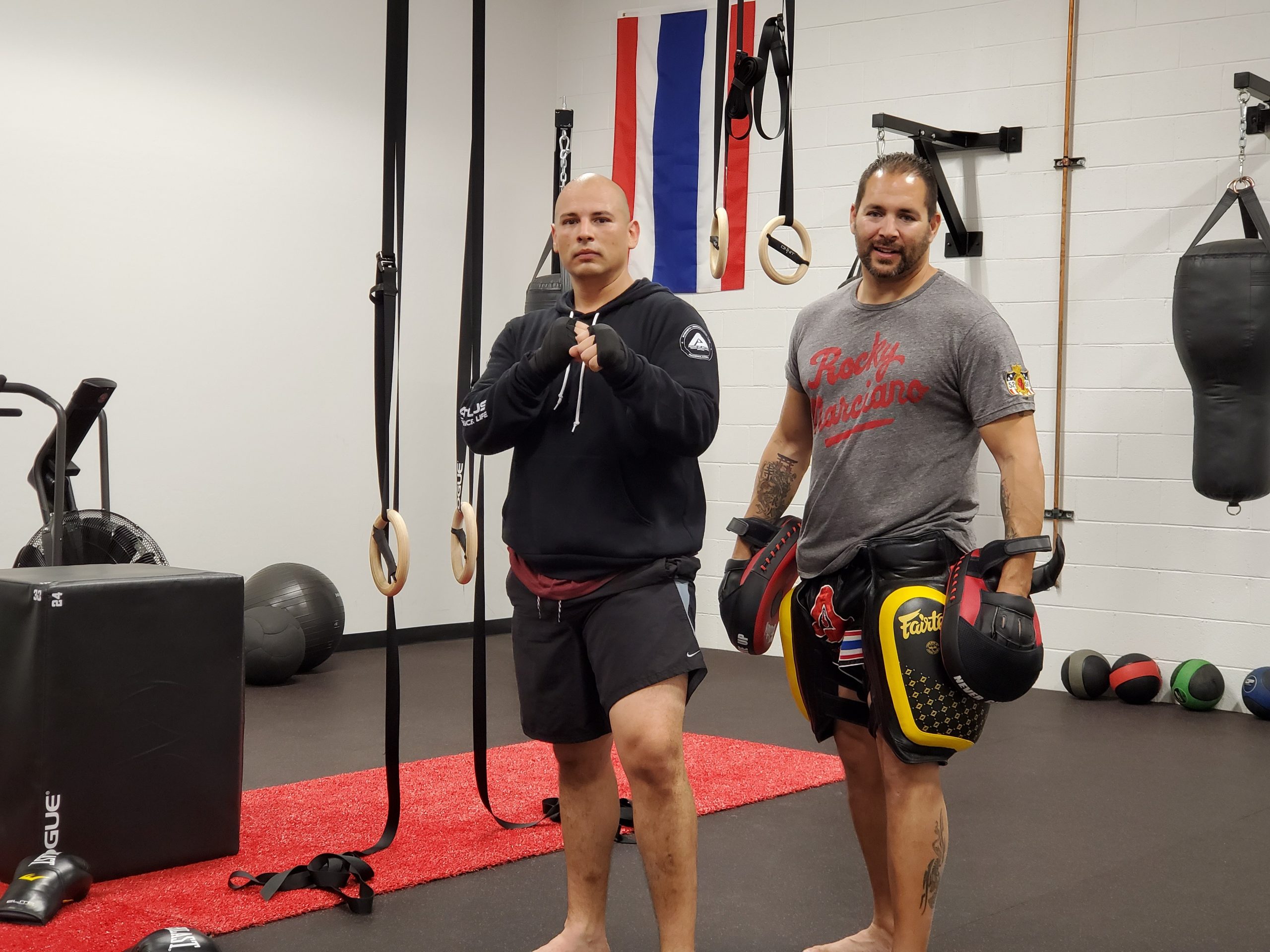 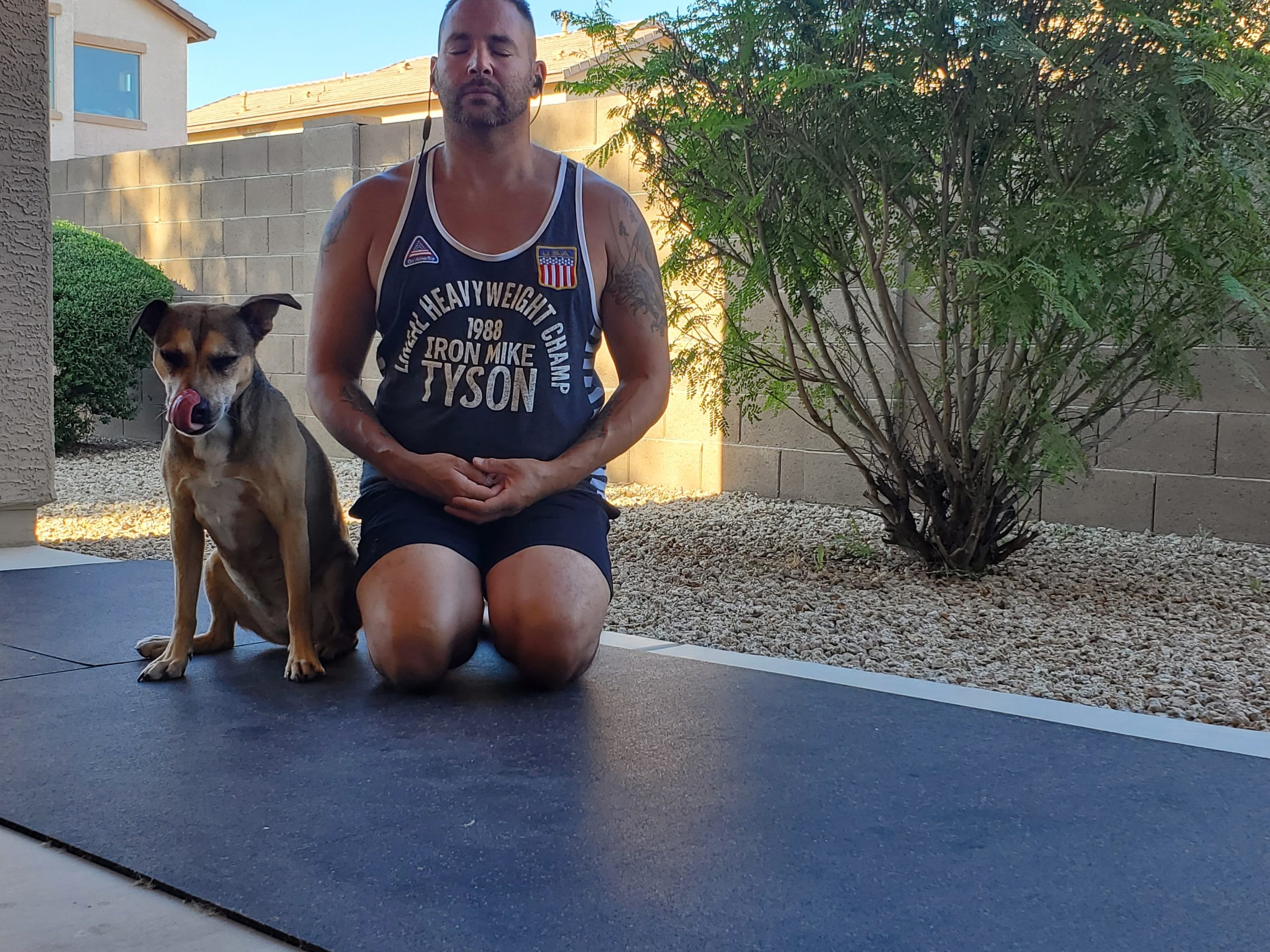 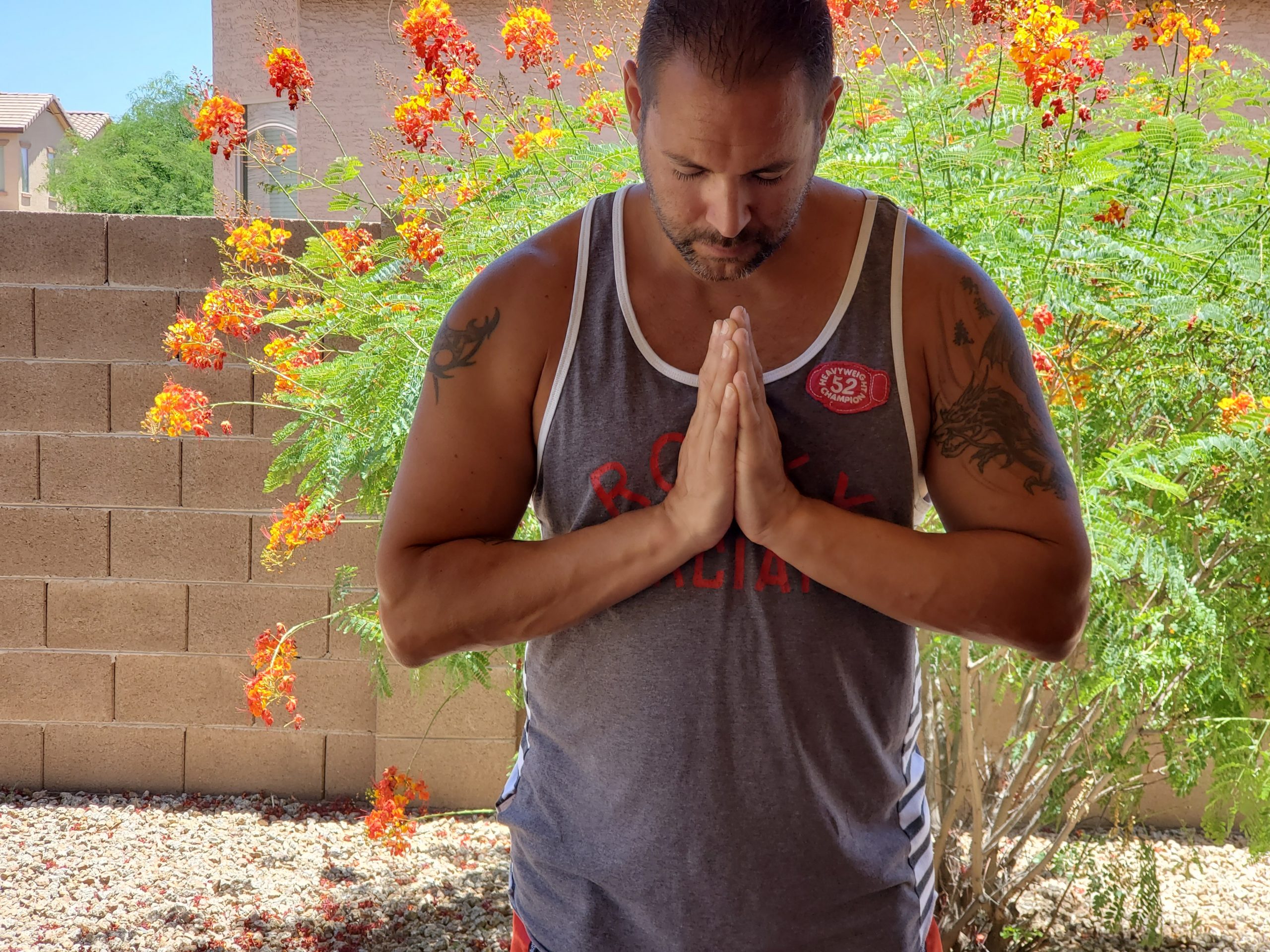 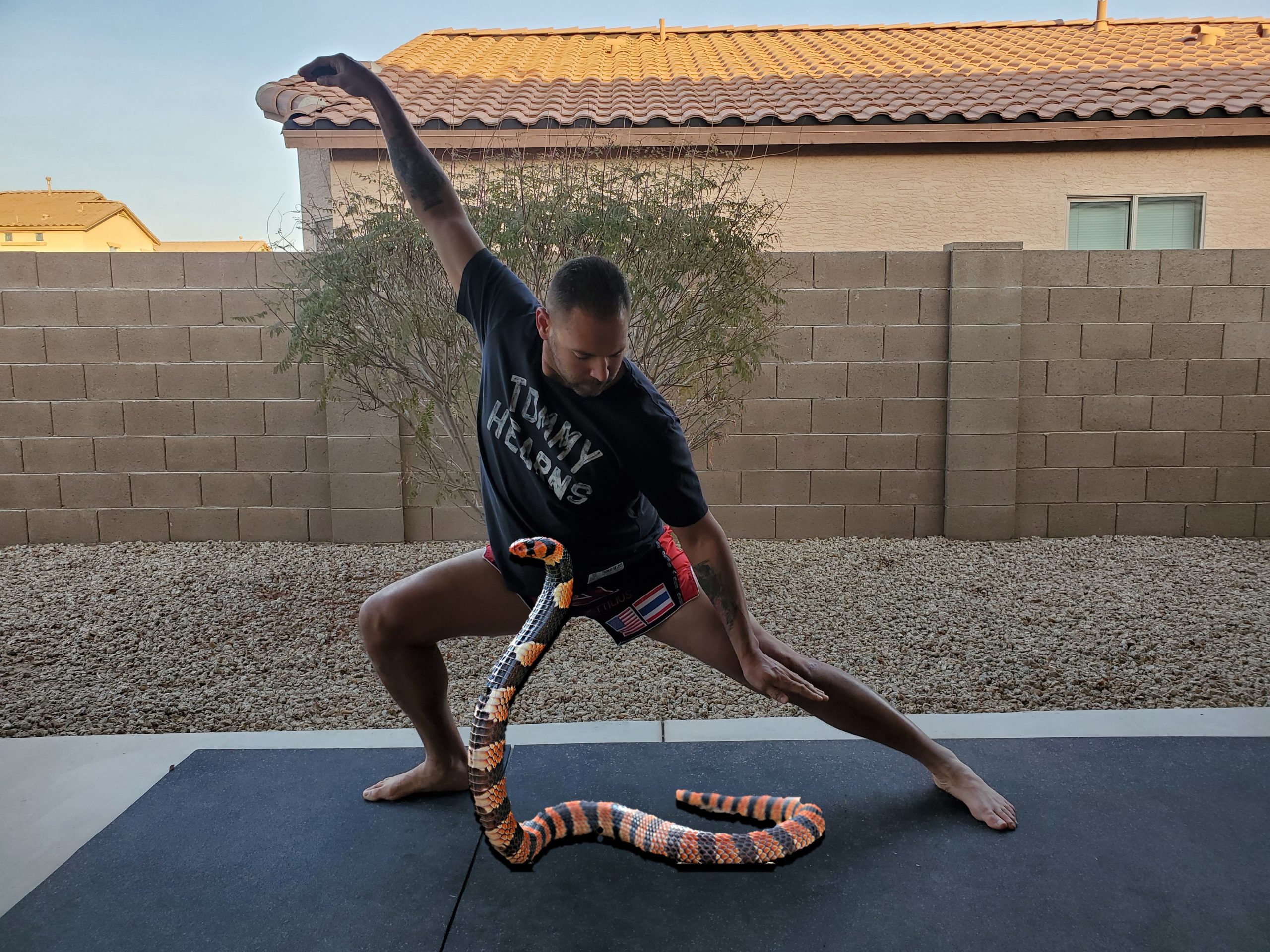 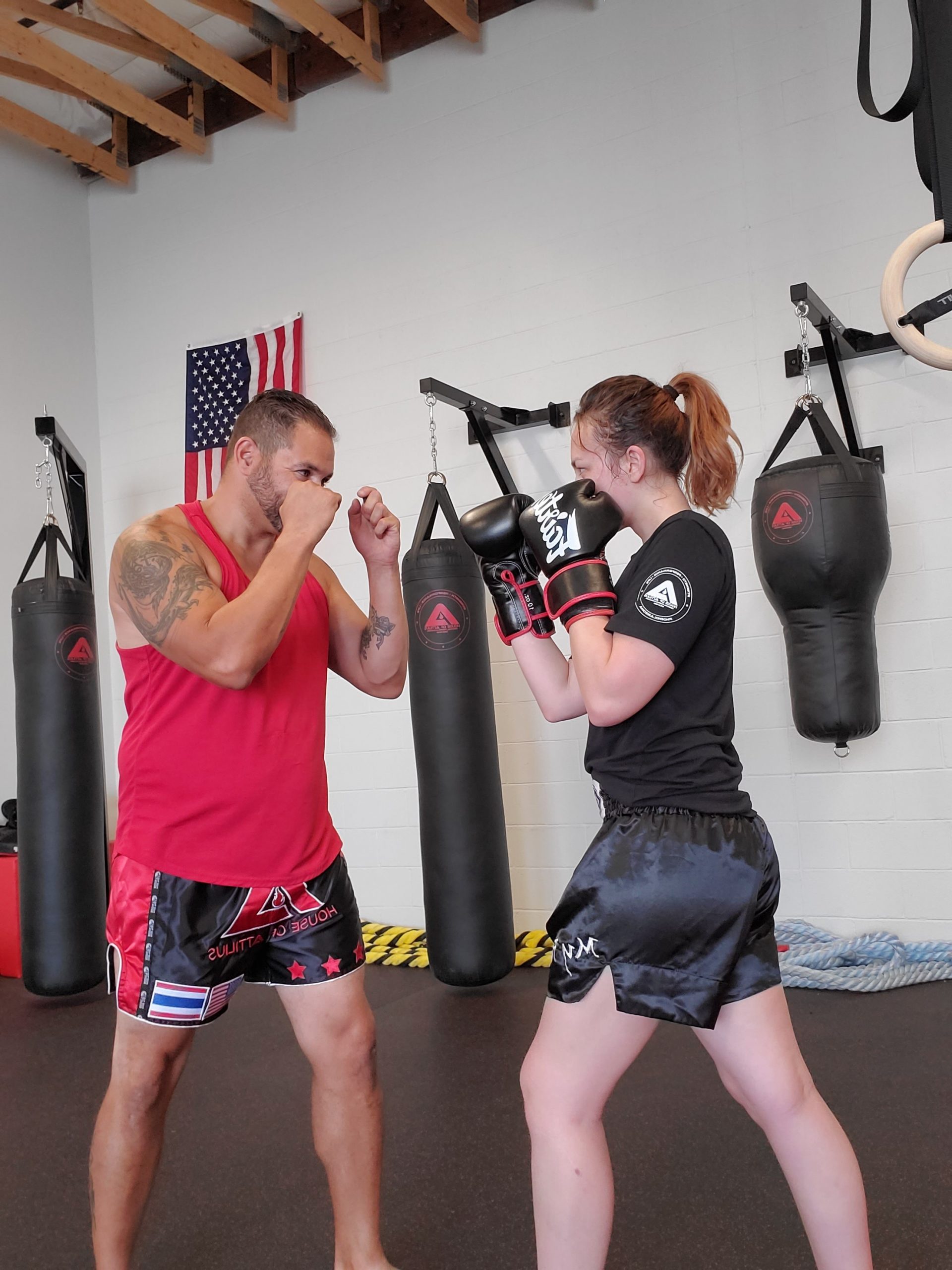 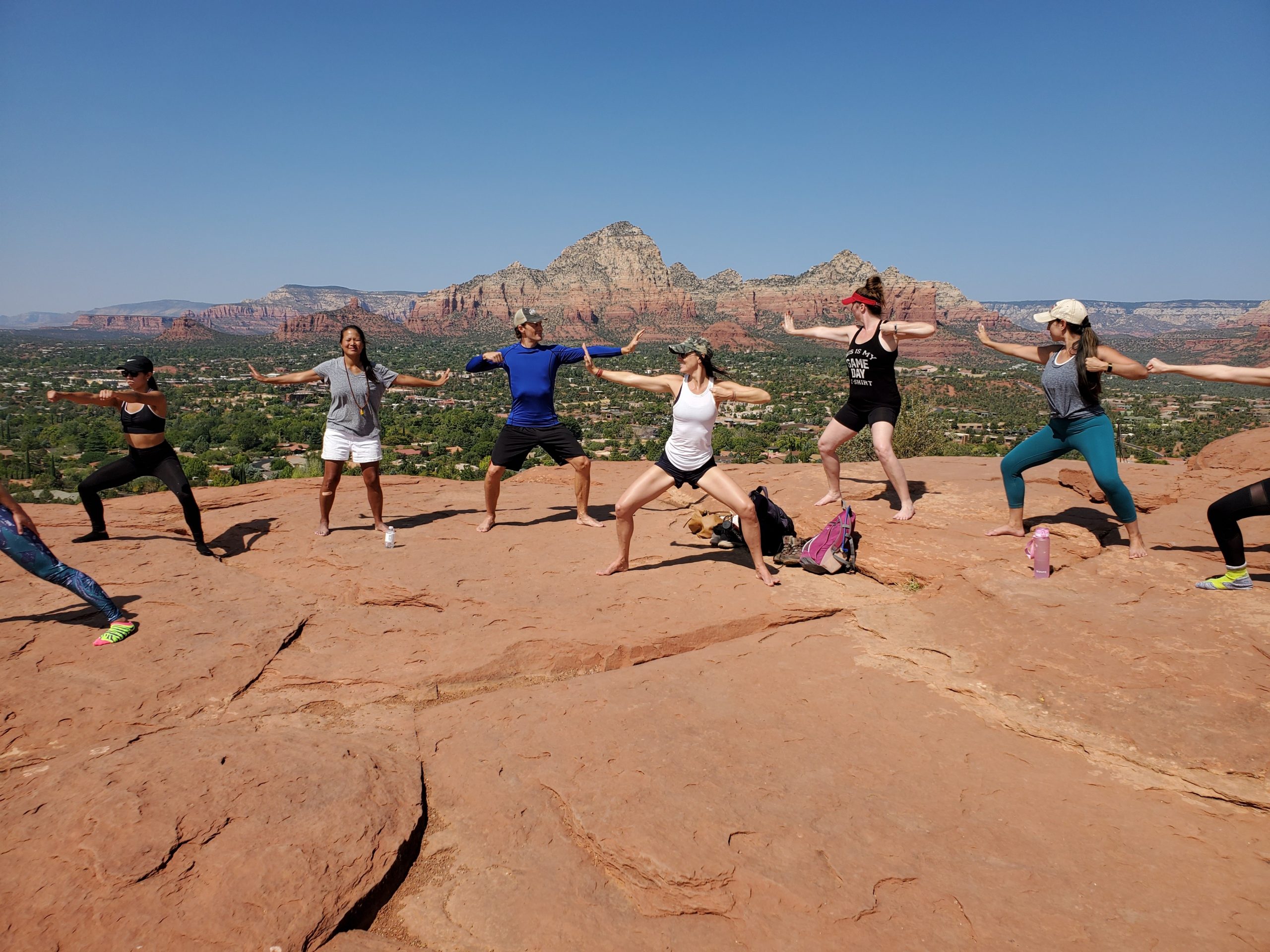 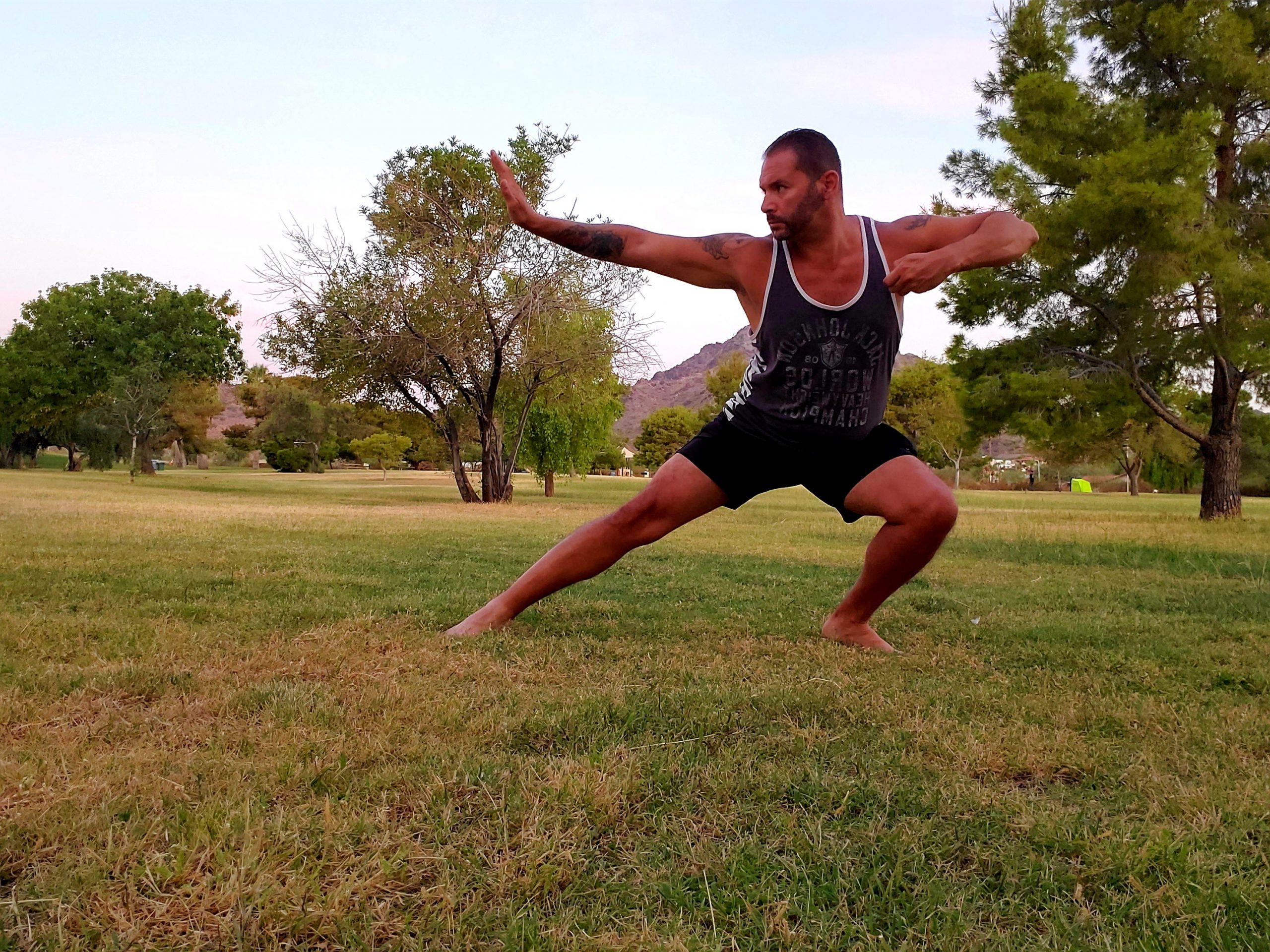