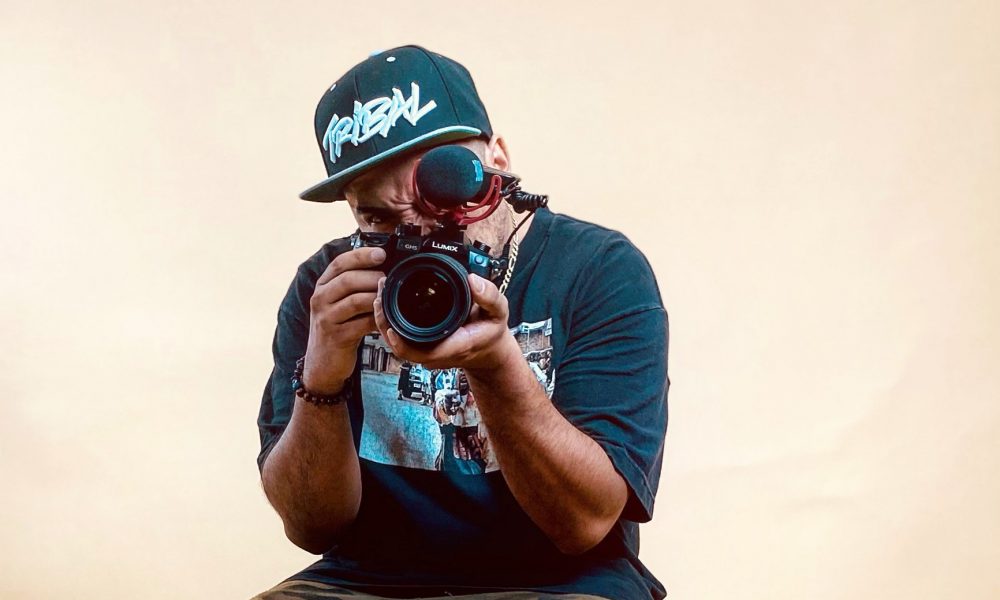 Today we’d like to introduce you to Odin Magana.

Hi Odin, thanks for joining us today. We’d love for you to start by introducing yourself.
I started by documenting everything in my life with no intentions of being a filmmaker. It’s something I picked up from my dad. He always walked around with substantial old-school cameras that looked like a TV news reporter. We would always watch family films together. Growing up in Hip-Hop culture, my brother always told me how important it was for us to document as much as we could. We were inspired by older Hip-Hop documentaries and figured our story was just as important.

It wasn’t until our dance crew got asked to provide a “Showreel” that people could watch to book us for work. I had access to basic equipment, so I was the one editing our projects & I would keep updating the video with better quality shots. As time went on, my crew, The Furious Styles Crew, would throw our yearly anniversary event, and as a side hustle/promo for us, I would film the events & edit DVDs to sell. This is around when youtube first started & the Hip-Hop community started watching videos from around the globe. It became exciting when people from other countries commented on the videos, so I kept it going.

As a dancer, I moved to Los Angeles to elevate my career to be in Music Videos, Commercials & Movies. Once exposed to being on set during the shoots, I caught myself paying attention to the production side. I was curious about how the Director would speak to the talent, how to set up the lighting & the type of shots the Cinematographers would get. When I booked my first commercial as an Actor vs. a Dancer, I knew that I would be making a transition. I enjoyed the experience & I saw a future in it.

As an actor, I wanted my agency to submit me for acting roles, but I had nothing to show them proving that I could act, so I ended up filming my original short film with my friend. It was a 3-minute horror film. This is the moment that changed everything. I was so proud of the final product that I didn’t care to audition for other roles. But instead, I got more gratification from creating my work. I started sharing the film, and that is when I started getting people to hire me to Direct/Film & Edit their Music Videos. As a side hustle, I started filming weddings & it gave me more experience behind the camera as well as more time editing & it afforded me to upgrade my equipment.

I was still a working dancer teaching classes throughout the week, and I noticed my passion for dance was dying as it became “work.” With no plan in mind, I quit teaching at all of my studios to focus on being a filmmaker. That same week 3 different artists called me to produce their music videos. These people had a bigger following than me, and I got more work from the views they got, so I got more work from those videos. My skills improved, my equipment upgraded & I was finally charging enough to pay my bills doing what I loved. Dancing also became fun for me again.

The next level was when my friend & I got asked to enter a 48hour film festival in Phoenix 2018. We had 48 hours to come up with the idea, film & edit it. We ended up cleaning up at the festival as first-time filmmakers. We won Best Picture, Best Director, Best Cinematography, Best Sound Design & Best Movie Poster. It was obvious that we had something going, and again, more work started to come from the accolades & I went harder with the craft.

Later that same year, I was asked to film BTS content for Artson (Rapper), who was creating his “Brave Star” album. He wanted to create a documentary of the whole process. I was there to film him in the recording studio to make promos & a Music Video. After we shot the first video, he asked me to stay longer so I could do 3 more Music Videos. Fast forward a few months & I am now on the Vans Warped Tour as a Cinematographer & his “hype man” for the show. As we were on tour, we got word that one of the music videos I produced was nominated for Best Music Video at the Native American Music Awards. This got me in front of more eyes & I started creating work for groups like The Blackbird Band & PJ Vegas.

In 2019 between my jobs, I started working for “Stance Elements,” a BIG media content page for the dance scene worldwide—being that I’m also a dancer and I know the community, it made it easy for me to work and understand how the dancers need to be shot.

When the pandemic hit in 2020, my work skyrocketed as video content was in high demand because people couldn’t do live events. Everything was about social media content. We won Music Video Of The Year at the Indigenous Hip-Hop awards. A few months in, a friend of mine “Randy Boogie” gave me a call about working with a Native Brand called “DR.B Collections.” This was when I met Dr. Crystal Lee. She booked me for the entire year to work on creative content for the brand. This allowed me to launch “Odin’s Eye Creations” LLC & bring back my Clothing line “Beyond Attire.”

At the beginning of 2022, I worked as a Cinematographer on a short film called “Assaman.” It’s currently going around film festivals & it has already won “Best Cinematography,” “Best Sci-Fi,” as well as “Best First Time Female Director” by Katrina Brook Flores, who put me on the job. I’m excited to see how far this project goes.

Currently, I’m producing more Music Videos and social media content for clients & documenting dance events across the nation. The “Beyond Attire” clothing line has been going good & I’ve also been booked as a DJ for various events.

Can you talk to us about the challenges and lessons you’ve learned along the way? Would you say it’s been easy or smooth in retrospect?
Being an entrepreneur is never a smooth road. You have to deal with family not understanding some of the choices you make & the sacrifices you need to make. Initially, it’s not a great financial move as you put all your money into investing in yourself. Not being educated on how to run a business, you will fail along the way & you can feel defeated at times. Not having the equipment or staff to help you meet clients’ demands can be stressful as a filmmaker. Sometimes you are working 18-hour days to keep up with the work. Other times you can go months with NO work. You have to promote yourself while all of this is happening.

Thanks – so what else should our readers know about your work and what you’re currently focused on?
I’m an entrepreneur, and at the moment, I’m focused on my “Odin’s Eye Creations” production company. We do Music Videos, Short Films, Creative Social media Content, and Branding. I also have a clothing line, “Beyond Attire.” I’m mainly known for my Cinematography of Music Videos & my old career as a dancer/competitor.

I’m not proud of a specific project, I like everything for different reasons, but I am proud of my work ethic and drive to keep going between ups and downs. That saying, “Hard work beats talent when talent doesn’t work hard,” is something I embody. I know I’m not the most talented, but I will work HARD to bring excellence in everything I do.

What sets me apart is my ability to adapt to every moment. As a dancer, learning to keep going and making it seem like you didn’t mess up is something that translates into my work life as well. My perspective is also something that sets me apart in my film work. I’ll capture moments & get shots that people usually won’t get because I’m thinking of the viewer and the characters I’m filming.

When it comes to setting me apart in my clothing line is the fact that I’m not scared to take risks. I don’t make clothes just for fashion but for the actual use of the clothing beyond attire directed to the dance community, so I’m always thinking about how the apparel can elevate their moves. It could be by adding an extra pad to a beanie, finding materials that will move smoothly on specific surfaces to designs that will make the moves look good.

Can you tell us more about what you were like growing up?
Growing up, I was always a creative individual like most kids. I would play with my cars & G.I. Joes, making scenarios for them. I would look up to my brother and do what he would do, like dancing & drawing. My brother would make me record radio stations of D.J.s doing mixes at certain times, so automatically, I was getting into sounds. I was shy with people I didn’t know, but the very few friends I did have, I would play with outside. Being from Chicago, I watched a lot of sports, especially basketball. When Michael Jordan was in the league & I was into watching films. My family would go to the theater every Friday, and I remember watching “Honey I Shrunk The Kids” and thinking, “how fun must have that been to film” as an actor in that movie. Some other interests were Ninja (I loved the ninja turtles), Ice Hockey (I started at 6 years old), Space and being an Astronaut, and Hip-Hop Culture (Rap Music, Graffiti Art, Dancing & the D.J.) When the movie “RAD” came out, I wanted to be a BMX racer. 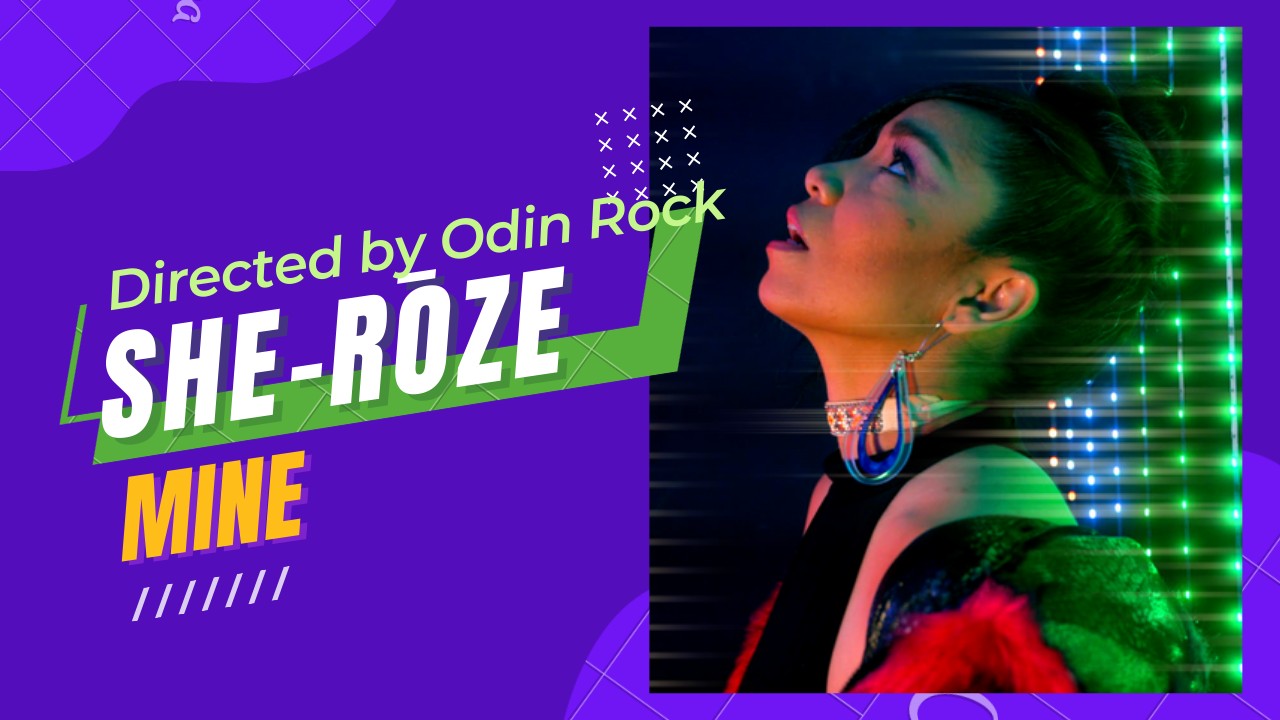 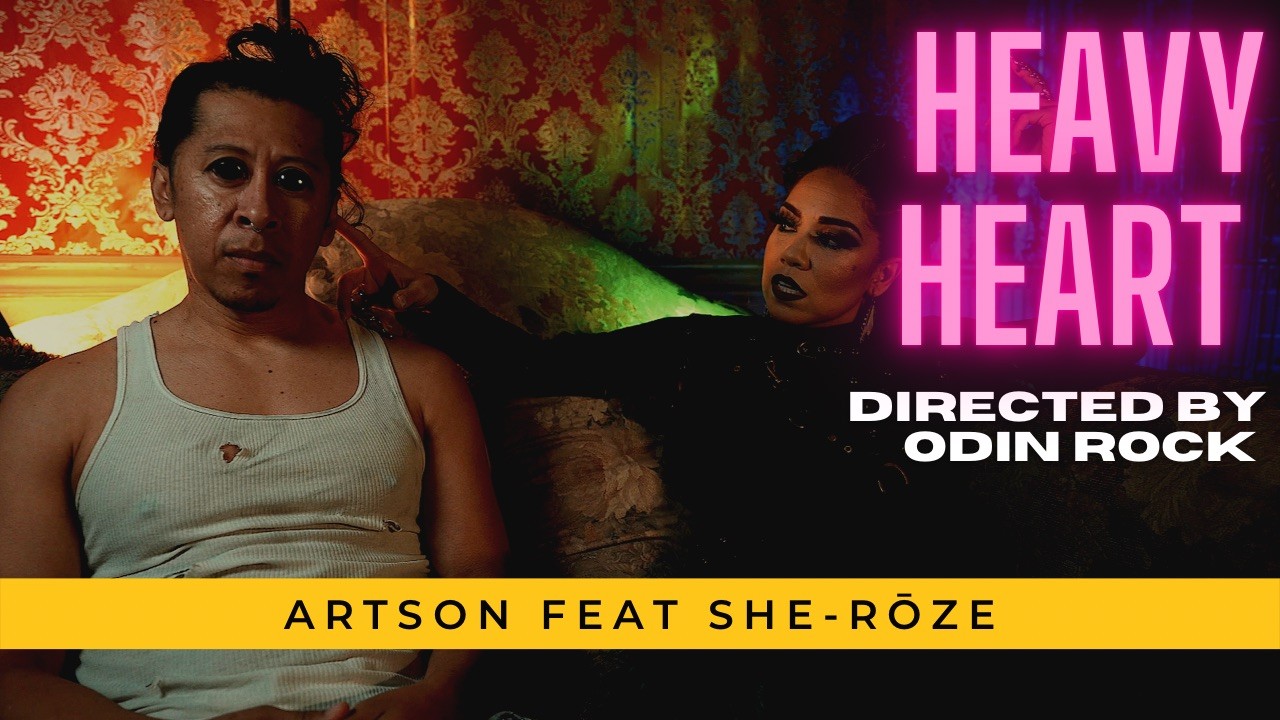 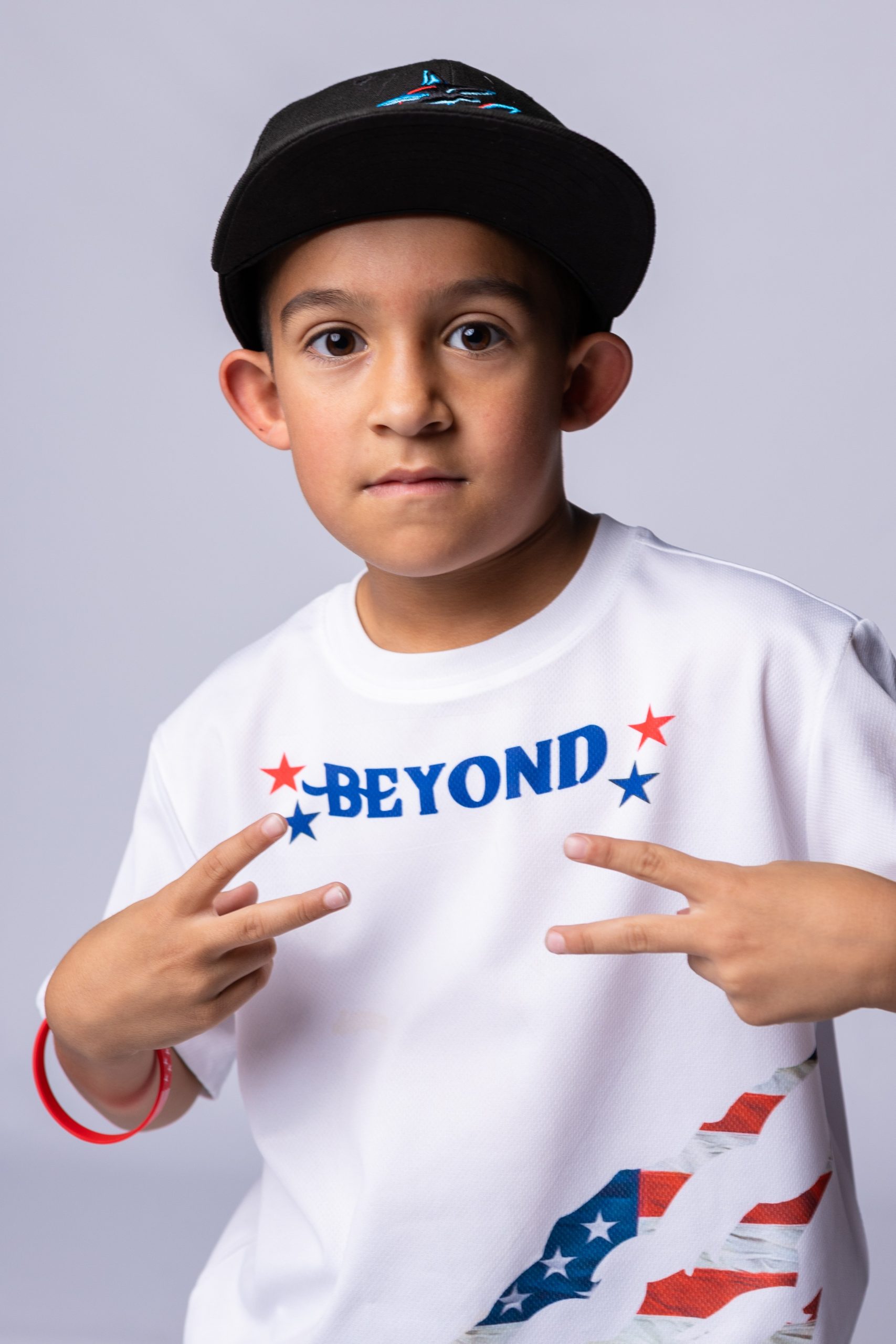 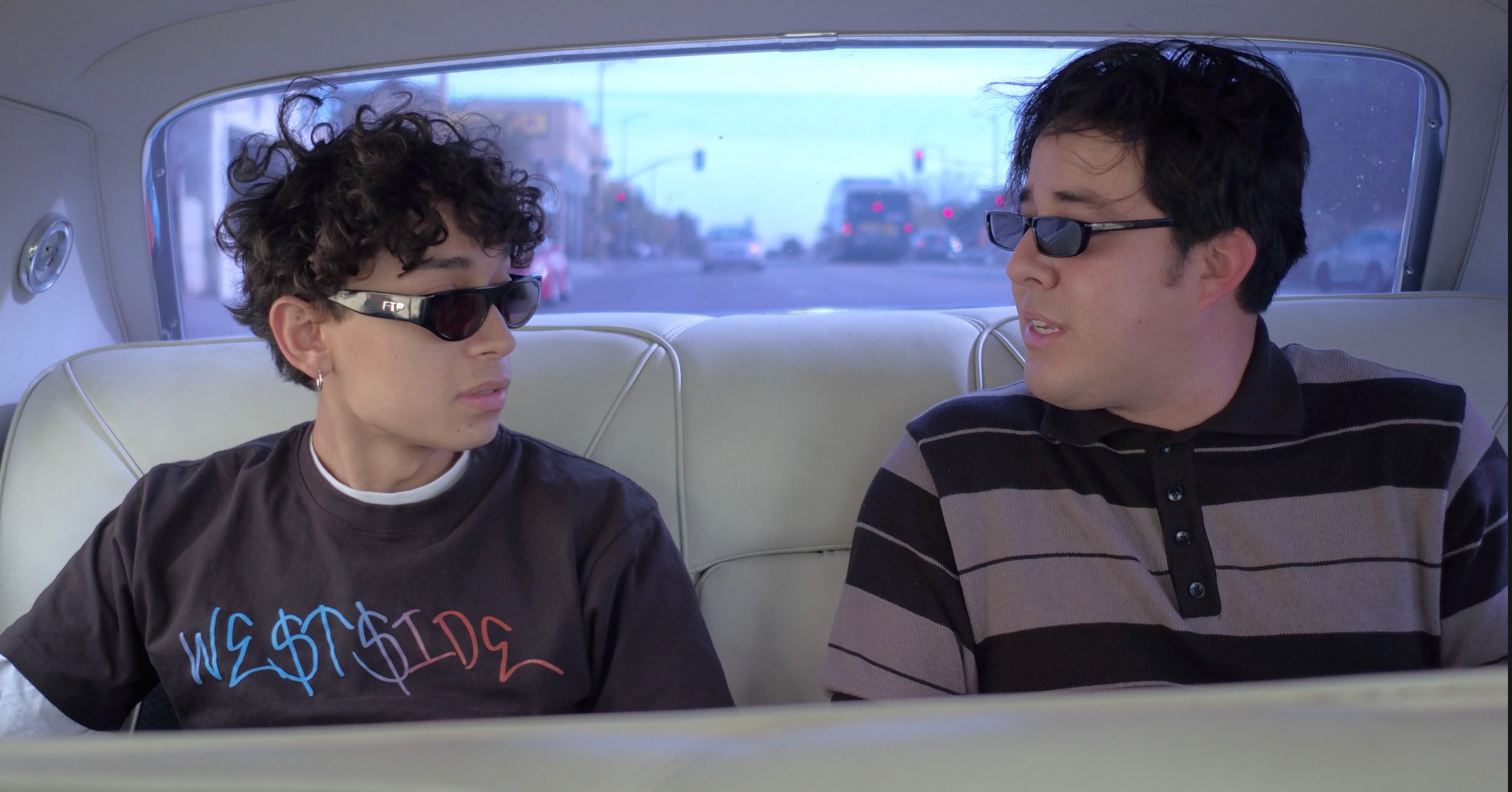 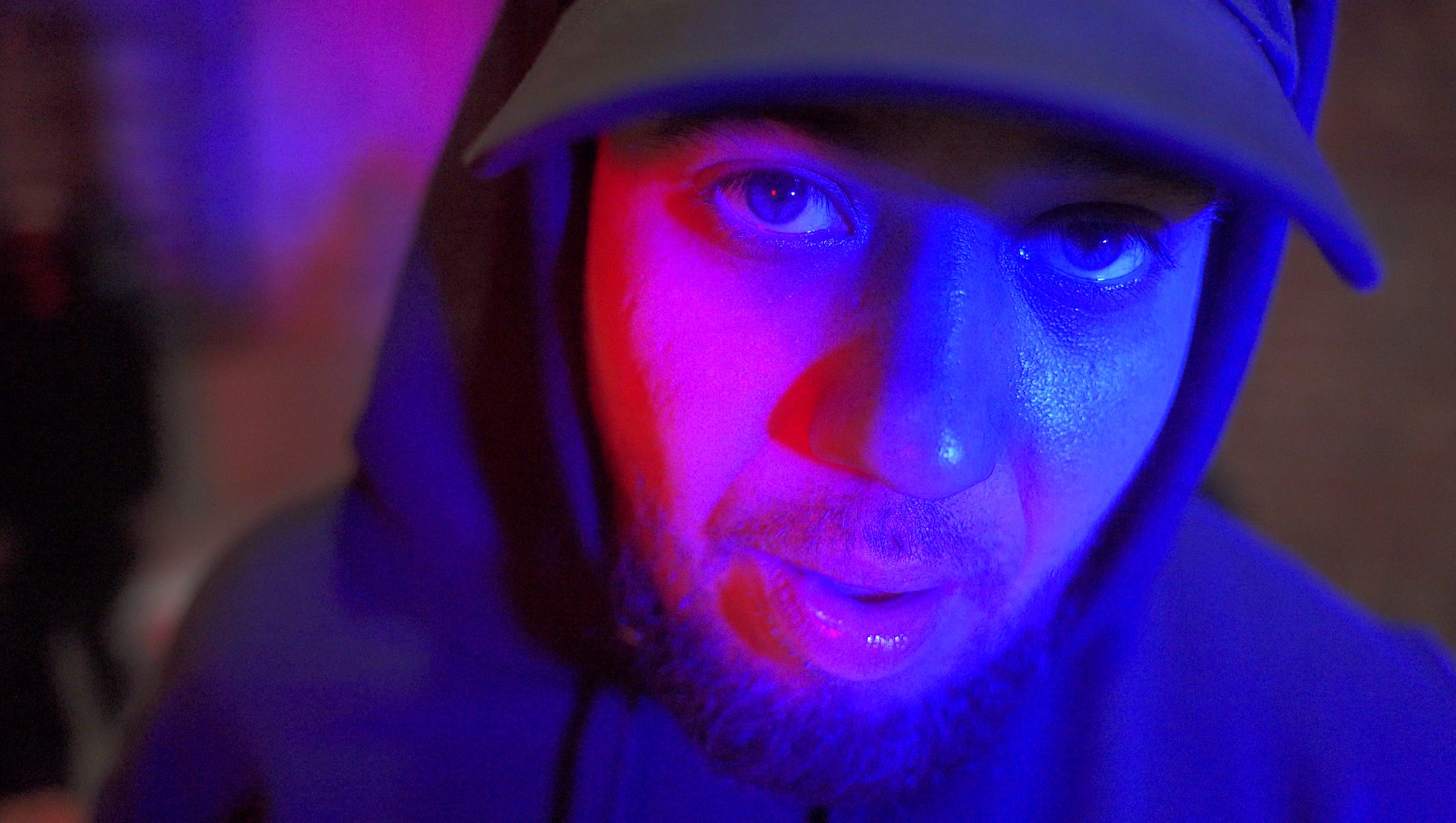 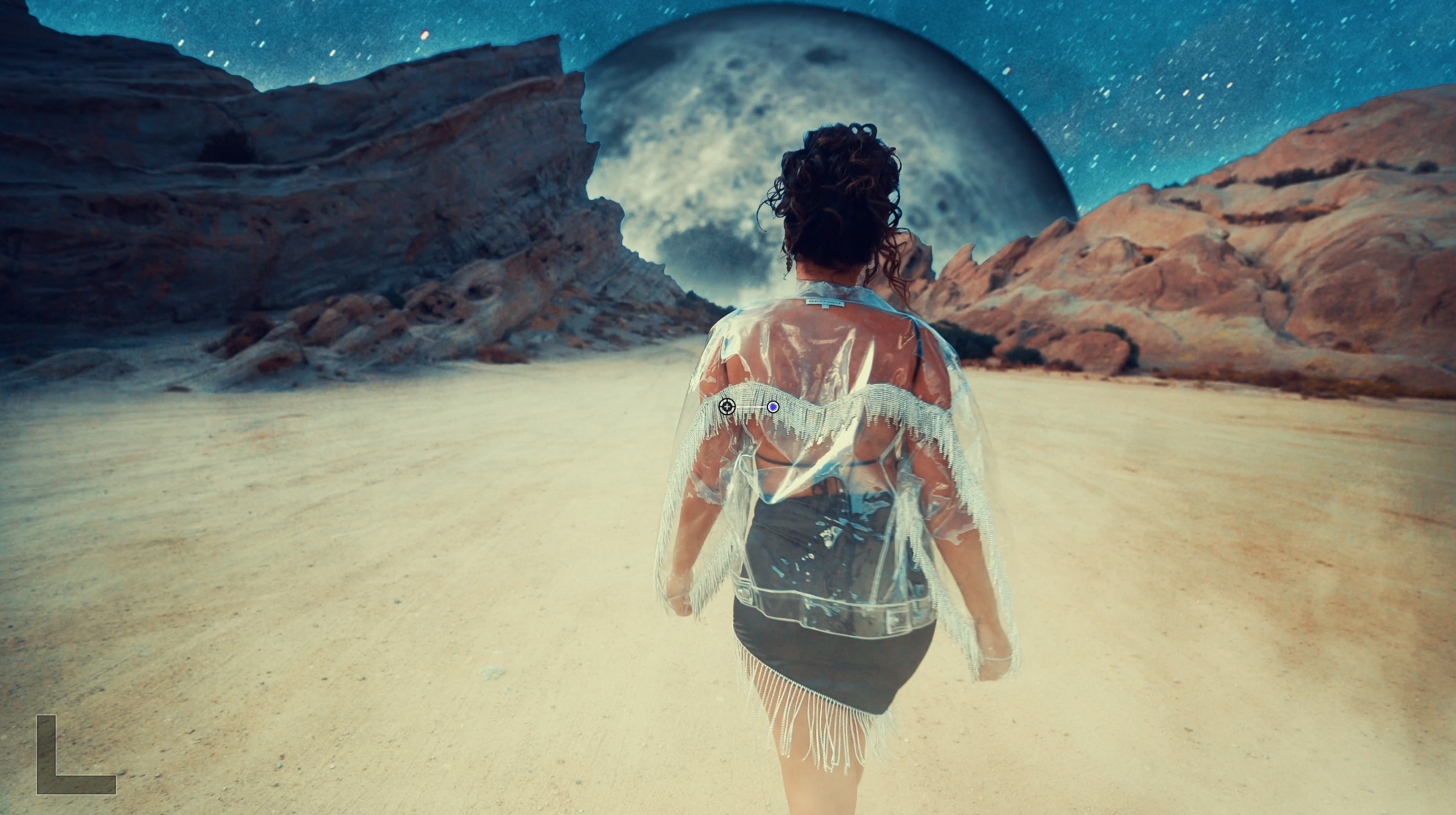 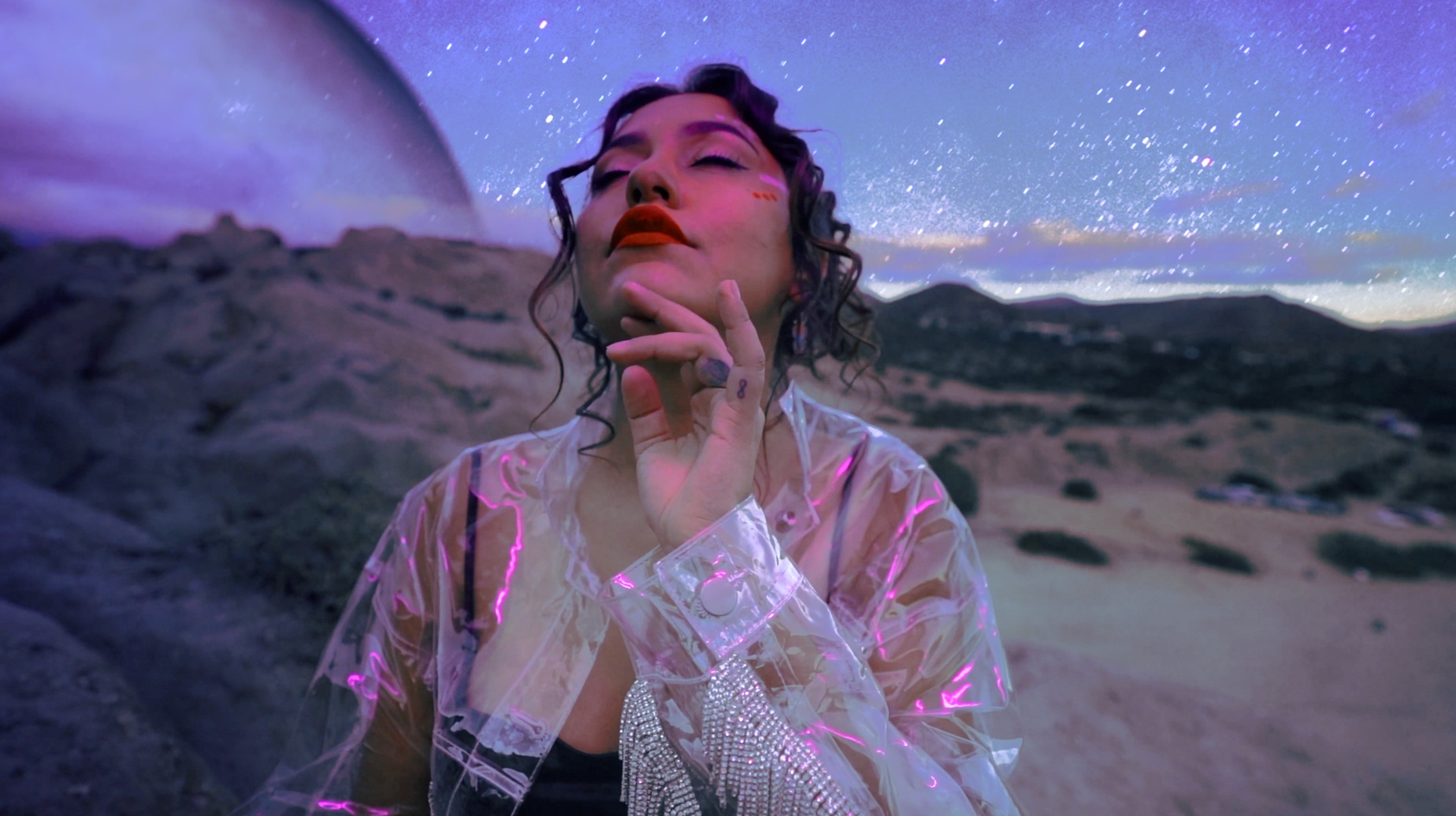