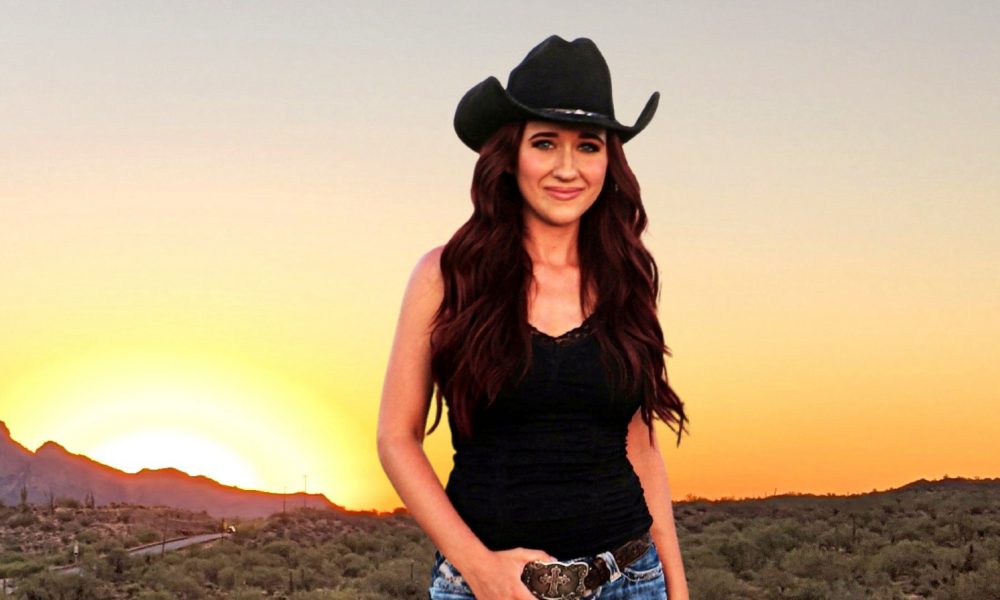 Today we’d like to introduce you to Ashley Wineland.

Hi Ashley, thanks for sharing your story with us. To start, maybe you can tell our readers some of your backstory.
I became fascinated with country music and storytelling through music at a young age, and one day, I finally shared with my parents that I wanted to pursue a career in country music. To support my dream, for my 13th birthday, my father gifted me time in a studio with a local producer so that I could experience what it would be like to record music professionally. I had already written my first song, “Red White & Blue,” which pays tribute to our military and those who make the ultimate sacrifice for our nation’s freedoms. The song had a deep significance for me due to my family’s long history of serving in the armed forces. I recorded and released “Red White & Blue,” a song that is often requested to this day. The process of recording and distributing this song taught me a lot, as it gave me a glimpse into the business side of music and the hard work that goes into creating music as a product. At that time, I also made the decision to donate all the proceeds from “Red White & Blue” to veterans’ organizations. I then took the next step and produced my first official music video to support the song. “Red White & Blue” quickly gathered momentum, and it caught the attention of the local CBS affiliate. The station contacted me and did a televised story on my musical journey and how I was using my music to give back to our nation’s military heroes. This exposure really boosted my presence in my local music scene, and I also discovered how important the media is to an artist who is trying to attract and grow a fanbase. These early years were a critical time in shaping my persona as an artist and I also discovered how my music could become a vehicle in which to support important issues that are meaningful to me. When I look back and revisit my former self as that young girl with a dream to carve out a career in country music, I am astounded at how far I’ve come. It’s been a whirlwind and many incredible opportunities have been afforded me due to my music and the platform it has built.

Can you talk to us a bit about the challenges and lessons you’ve learned along the way. Looking back would you say it’s been easy or smooth in retrospect?
If it were easy to have a music career, everyone would be doing it, wouldn’t they? It’s not always a smooth road and definitely not a typical 9-5, Monday through Friday sort of job. There have been many, many roadblocks and obstacles along the way. But, those who persevere in the highly competitive music industry are those who keep getting up after being knocked down. Being an independent artist as I am (meaning, I am not signed), you have to learn to oversee every aspect of your own career. Sure, it looks glamorous being up on the stage with people cheering for you and signing autographs. The reality is that performing is only a small part of the overall picture. A lot of what I do is rather tedious but very necessary in order to develop a career that will sustain me. For me, music is both my passion and my business. It’s also a responsibility, as so many eyes are on me, and I want to be a positive influence. As in any high-profile position that puts you in the public eye, there are those who cross your path who are predatory and want to take advantage. You learn to be careful about who you let into your inner circle. Aligning yourself with the wrong entity in the business of music cannot only be costly financially but can derail your career. I am cautious to always do my due diligence when making business decisions. There are people in this industry who will want to change who you are or steer you in a direction that is unauthentic to your brand. There are also people who are flat-out predatory. The key for me is to stay true to my philosophies as an artist. I am also a firm believer that hard work pays off! As I write this, I am on tour while also carving out time to take my finals online — in between performances, promotional appearances, meet and greets with fans, and doing interviews. However, I will be graduating this Fall from ASU with my degree in Film, so there’s a light at the end of the tunnel there. I’ll admit, it’s been a juggling act, being both a college student and a busy singer/songwriter.

Thanks for sharing that. So, maybe next you can tell us a bit more about your work?
Being a country music singer/songwriter means that I tell stories through country music. At times, it is MY life set to music. Part of being a storyteller is having the ability to present situations that people can relate to or that will provide a bit of “escapism.” As I mentioned in previous responses, my job is not a 9-5 occupation, and many of the tasks I must accomplish have nothing to do with actual performing. This moment in time for me is a satisfying one as I’m currently on tour and I actually get to entertain! Especially in these times, I’m thrilled to have a few hours with an audience, and hopefully, the show I deliver will help people to forget their troubles. We’ve been through a pandemic and folks are eager for some semblance of normalcy in their lives. I am always delighted to put a smile on their faces. I guess you could say my specialty is crafting relatable music that draws people in and takes them on a journey. I’ve spent over a decade honing these skills.

However, when it comes to being proud of my accomplishments, I’m not a person who gives myself “pats on the back.” There are various experiences that my career has afforded me in which I am proud to have been a participant. There is my ongoing work with animal rescues where I take an active role in the care of abused or injured animals. I get to witness these animals making strides and thriving. Or, on a more serious note, there are the appearances I’ve done to benefit our veterans, where I got to shake their hands and thank them for their service. I am also so very grateful for the many times that I was invited to sing the “National Anthem” for major sporting events. I’ve had the honor to do this for MLB, the NFL, and recently, NASCAR.

Perhaps my most touching performance was the time I sang the anthem at a nationally televised sporting event. There was a pre-game ceremony honoring the life of Senator McCain. I’ll have to admit, it was difficult maintaining my composure while I sang the anthem, staring into the eyes of the representatives from the various armed forces who turned out for the tribute. I also cherish my visit to a Children’s Hospital during a tour stop in conjunction with The Ryan Seacrest Foundation and Seacrest Studios. I was thrilled to be able to entertain the sick children and see them smiling in the face of adversity. Finally, in answer to your question about what sets me apart from others…I really don’t think about comparing myself with other performers. The fact is, there are so many talented country music artists that I admire. I stay focused on my own career. I guess you could say my only competition for me is ME.

What makes you happy?
Career-wise, entertaining my fans is definitely a source of happiness experience for me. With all the hard work that leads up to a performance, I see entertaining my fans as my reward. On the personal front, one of my favorite things to do outside of performing that brings me joy is riding horses. In fact, my upcoming 3rd album is titled “I’m Gonna Ride,” and the video for the title track single features me on horseback utilizing my equestrian skills. Actually, just being around animals makes me happy and I’ve worked as a volunteer with many species…dogs, birds, horses…you name it! I’ve even had the opportunity to release rehabilitated sea lions into their natural habitat! That was a blissful and meaningful moment! 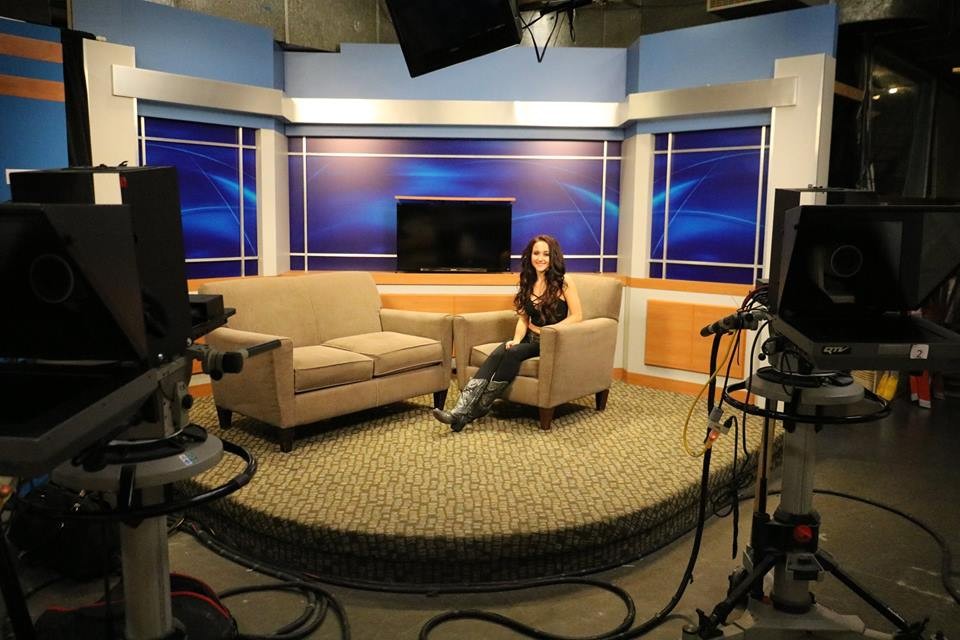 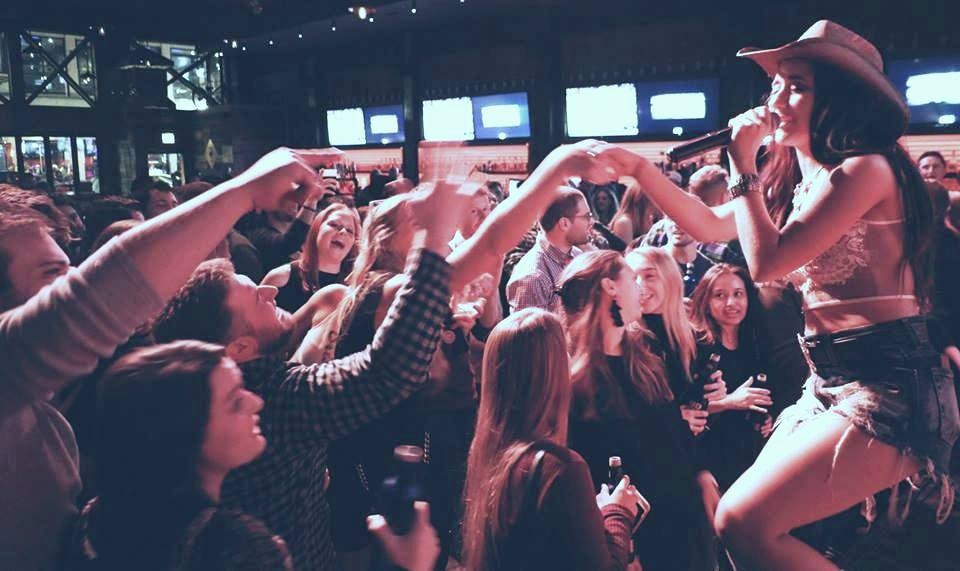 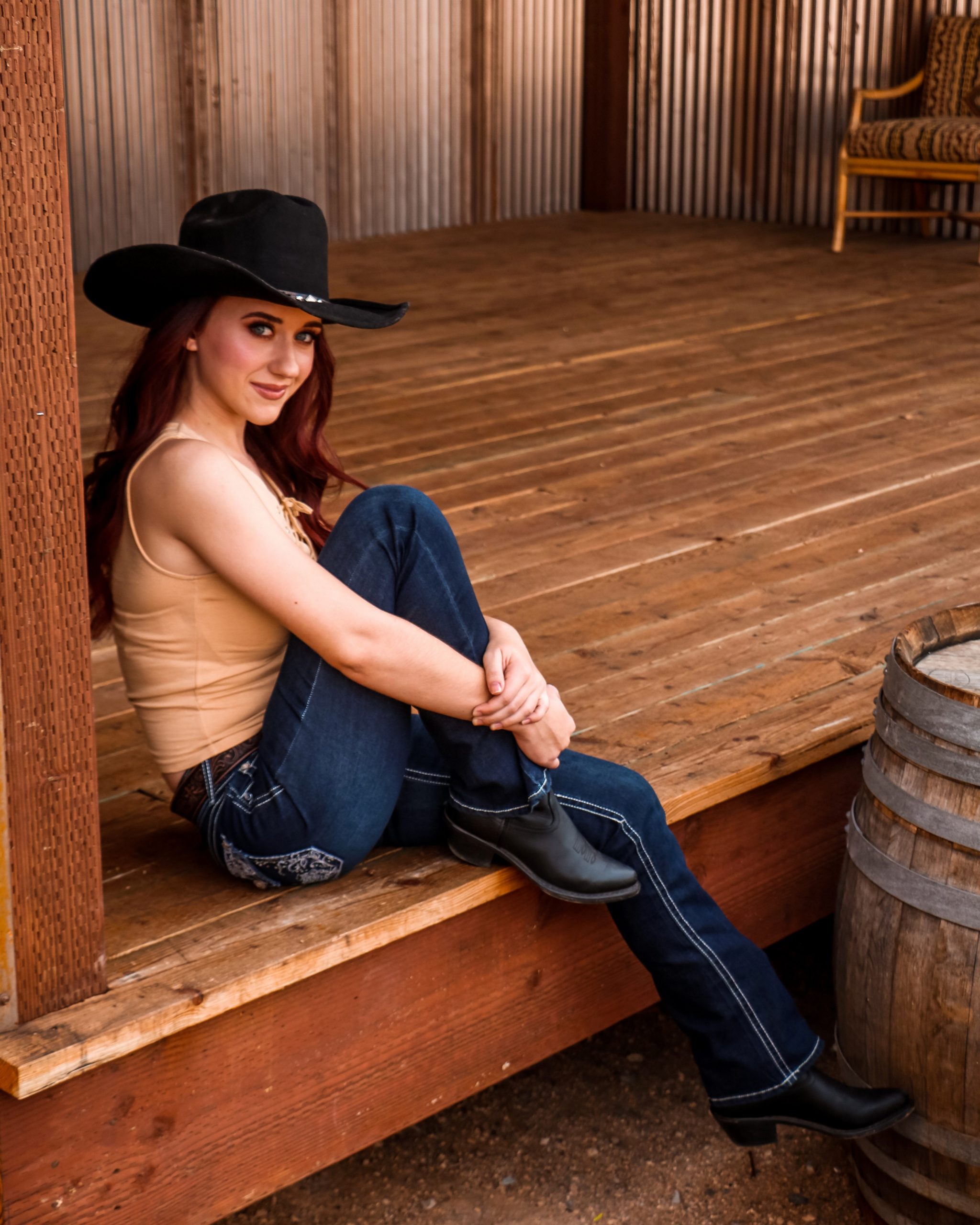 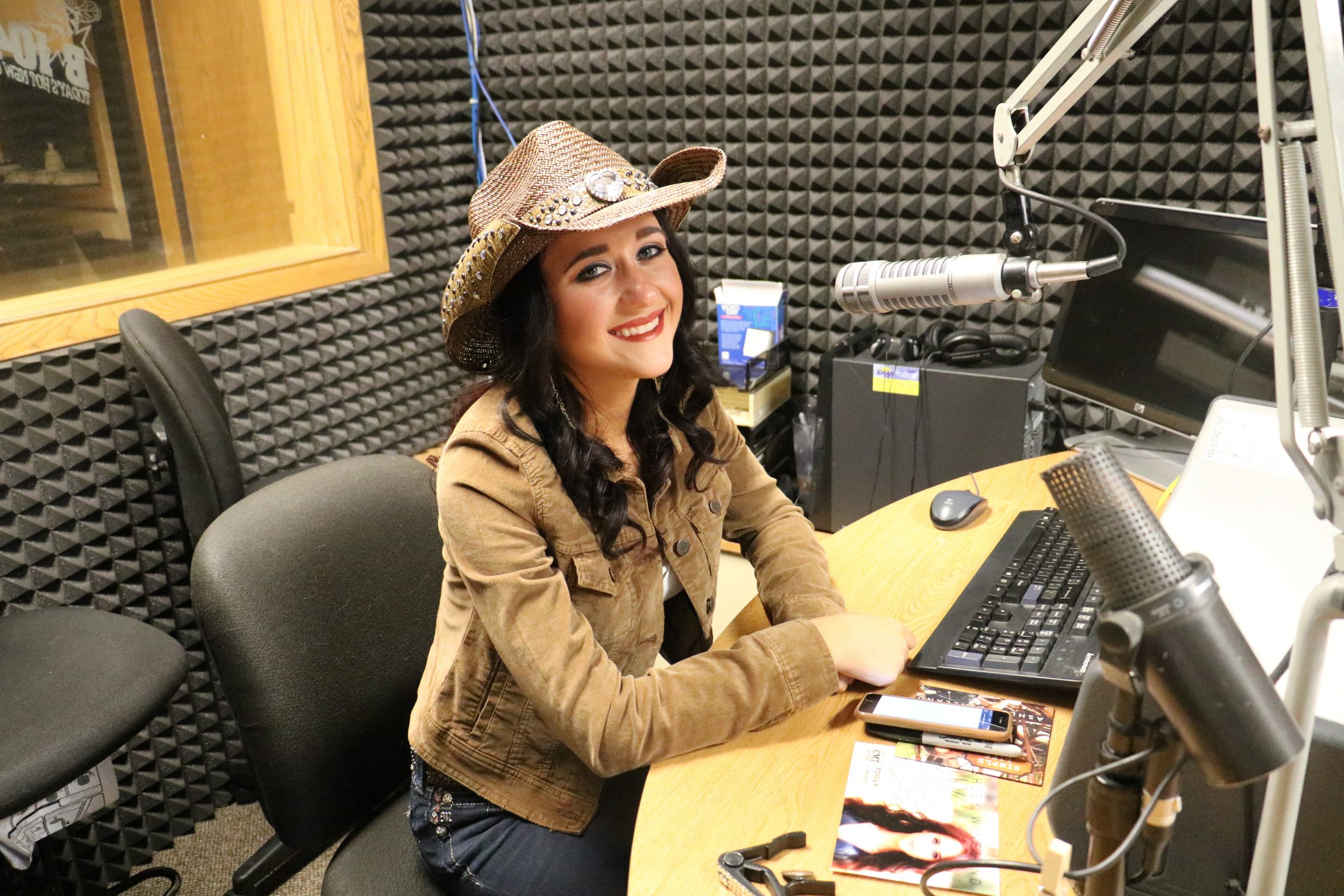 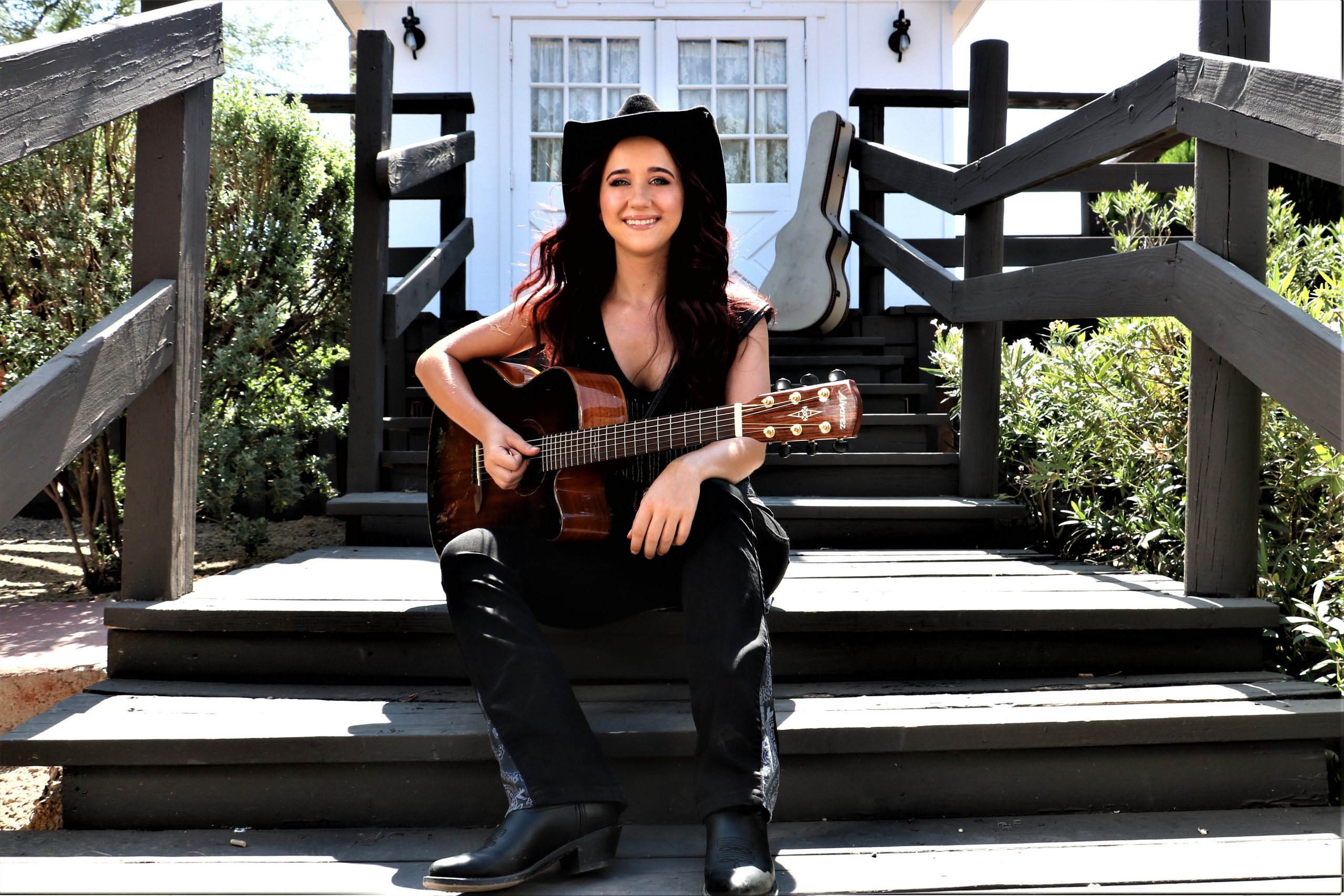 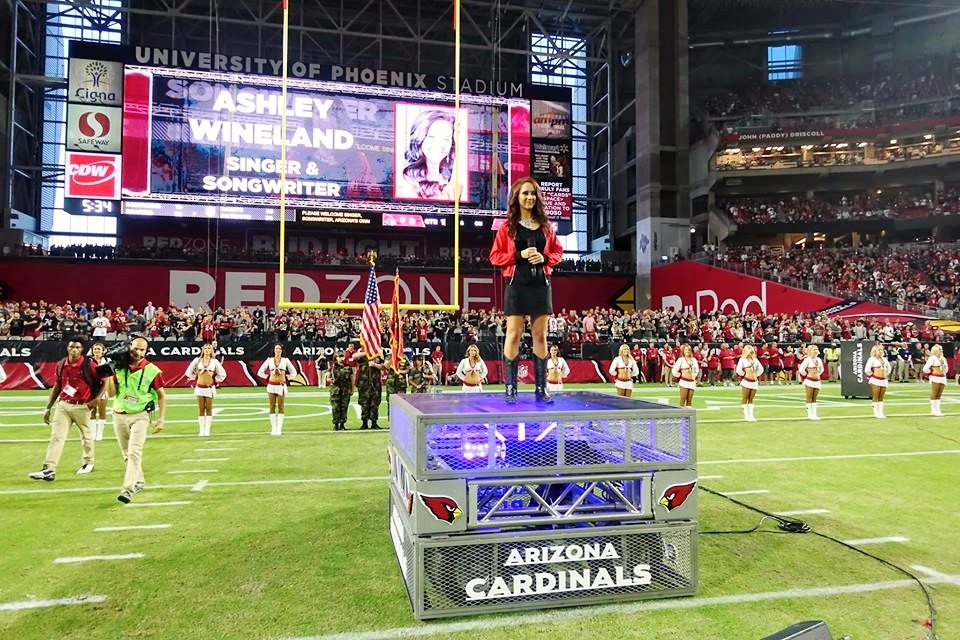 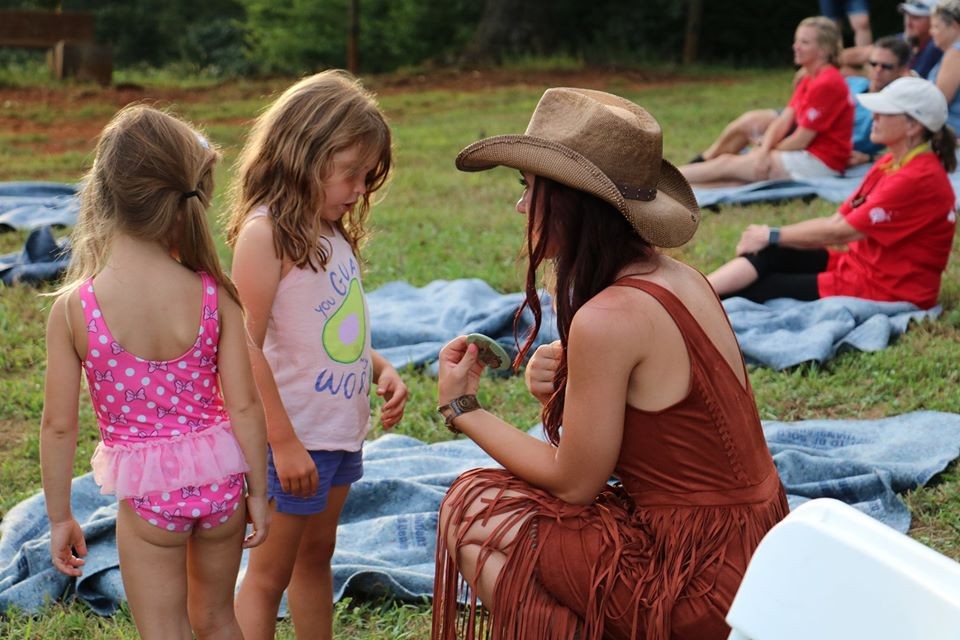