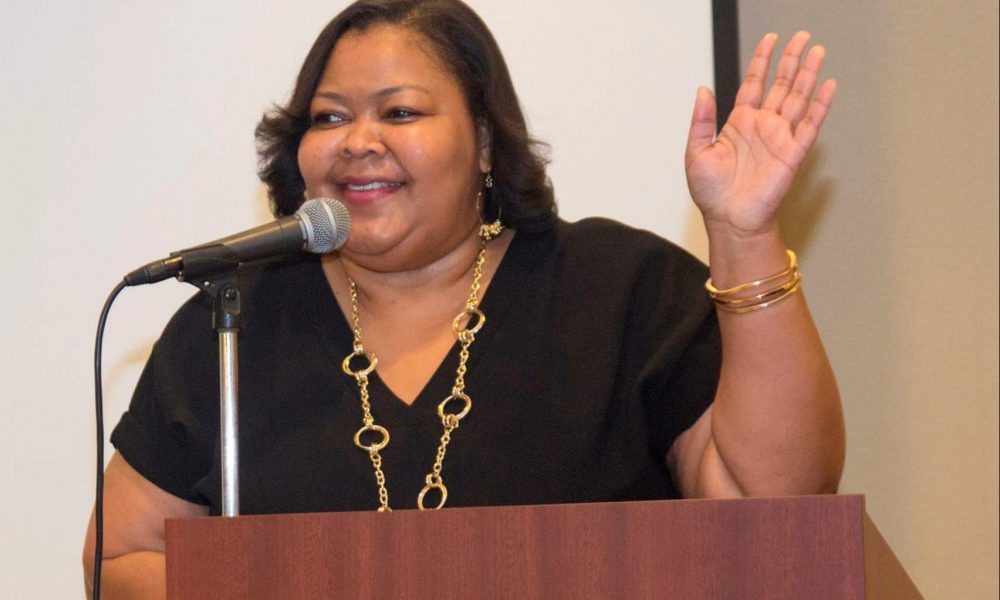 Today we’d like to introduce you to Karla Woods Stephens.

Karla, please share your story with us. How did you get to where you are today?
‘For I know the plans I have for you, says the Lord. Plans to prosper you and give you a hope and a future.’ -Jeremiah 29:11

I was the surprise my parents got at their six-week doctor visit after my big sister was born. Mommy was devastated at first. But then, when I came, she knew I was very special. I was a gift.

Born in Memphis, Tennessee and raised there, I was a quiet but smart girl, a ‘Daddy’s Girl.’ I spent time reading, writing and watching lots of TV. I played with my brother and sister like normal kids, but my love was writing. I had a vivid imagination and it showed. I wrote many stories and my tales were extravagant, to say the least! But that led me to wanting to be a writer when I grew up.

I graduated from East Tennessee State University with a degree in Mass Communications with a concentration in Broadcasting. I was the hottest campus radio station DJ and did exceptionally well in my broadcasting classes in editing, producing and directing. My hopes to continue this after college changed but I still have the fire for it.

A pit stop in middle Tennessee for a year landed me a sports writing gig where I covered local high school and college sports and sometimes the political beat. It was a regional periodical and was a stepping-stone for the next big break.

Headed back to Memphis in 1996 and took a job with St. Jude Children’s Research Hospital in their fundraising division. During my ten years with the company, I was able to grow into positions that saw me traveling, fundraising, event managing and planning big conferences for donors and supporters. This is where my love for event management began.

I resigned my position to begin my new event management company in Memphis but it was short-lived. in mid-2006, on a dare, I tried online dating since real-life dating was a bust, I met my now-Husband, Daniel. It was a story for the ages. He was a divorcee living in Arizona and was trying to find the lasting love he deserved. We met on a Christian dating site and after two weeks, tragedy struck my family. My only sister passed away suddenly and I was devastated. I ended my friendship with Daniel and didn’t give him any reason. Well, after two months, I decided to share with him via email that I was sorry to have left him without an explanation and I knew he had probably moved on. So, when he responded, ‘No, I have been waiting for you,’ you know my surprise was off the charts.

Well, a few months later, I flew to Arizona. The night I arrived, he proposed, I immediately said yes and headed back to Memphis a few days later to wrap up my life and get back to him. We were married four months later and the rest is history!

When I arrived in Arizona, I had no contacts, connections and not even one person to give me an introduction into the event management circles of Phoenix. I registered my new business, Bona Fide Event Management, and set out to work. I took a few agency jobs to get connected but it never took. But I found success when I decided that my own signature event, Woman-to-Woman was a big hit. This annual conference drew hundreds of women seeking wholeness, refreshment, and information on how to live their best life. My first event was in 2010. After a two year hiatus, we will pick up in 2020 with a big 10-year Anniversary conference.

Other clients of my company included VISA, the NFL(Super Bowl), Praxis Project and many more. Divisions within my company have now morphed into a Virtual Assistant offering and also Social Media Management.

I am a published writer and my husband and I co-authored a book on marriage, entitled ‘Preventive Maintenance for Marriage,’ published in 2017. Our next book, Blended not Broken, is due in Summer 2020. I also have a social media blog, ‘Teachable Moments’ where I share marriage, relationship, and practical wisdom on a daily basis.’ It’s been very successful.

We live in Maricopa, Arizona and we own our own Truck Company business.

Great, so let’s dig a little deeper into the story – has it been an easy path overall and if not, what were the challenges you’ve had to overcome?
Roadblocks have been many. The major source of my struggles was fear. I was always afraid of what would happen ‘next.’ Would we be able to overcome this obstacle? Were we going to get the next big client? But fear has no place in blazing trails. I looked back on the trail I blazed to Arizona. I had no FEAR of packing my WHOLE life up and leaving all I knew to come to Arizona for love. It was the best decision I ever made. So, from that point to this one, I have had slip-ups, but I always go back to that one decision that was a no-brainer for me. And I press forward.

What should we know about Bona Fide Event Management? What do you do best? What sets you apart from the competition?
My main company, Bona Fide Event Management was established in 2007. It was initially to acquire marketing and event clients but morphed into my own events and a few niche clientele. We specialize in event creation, layout, and design. We also handle marketing campaigns, virtual assistant support, and social media management.

I am known now for my conference, Woman-to-Woman: Going Beyond, which began in 2010 and had been hosted in three states.

I am a published author and a blogger. My writings, ‘Teachable Moments’ has made headway for speaking engagements, invitations to high-profile events and other accolades. My real ‘matter-of-factly’ approach to relationships, marriage and practical issues have made me a ‘go-to’ for advice and wisdom.

Looking back on your childhood, what experiences do you feel played an important role in shaping the person you grew up to be?
I would say my life was good. My father was the one who always wanted me to do my best and when I didn’t, he let me know that he was proud anyway. I sometimes had to use that fuel to ignite myself because he would always be proud of whatever I did. My Mom was a coach of sorts. She would push, yell and prod us to do better. She was the boss! My siblings and I had a well-balanced family environment with some things others didn’t have, love support and all the comforts of childhood. That set me up for success. And I am forever grateful for my parents for doing that. 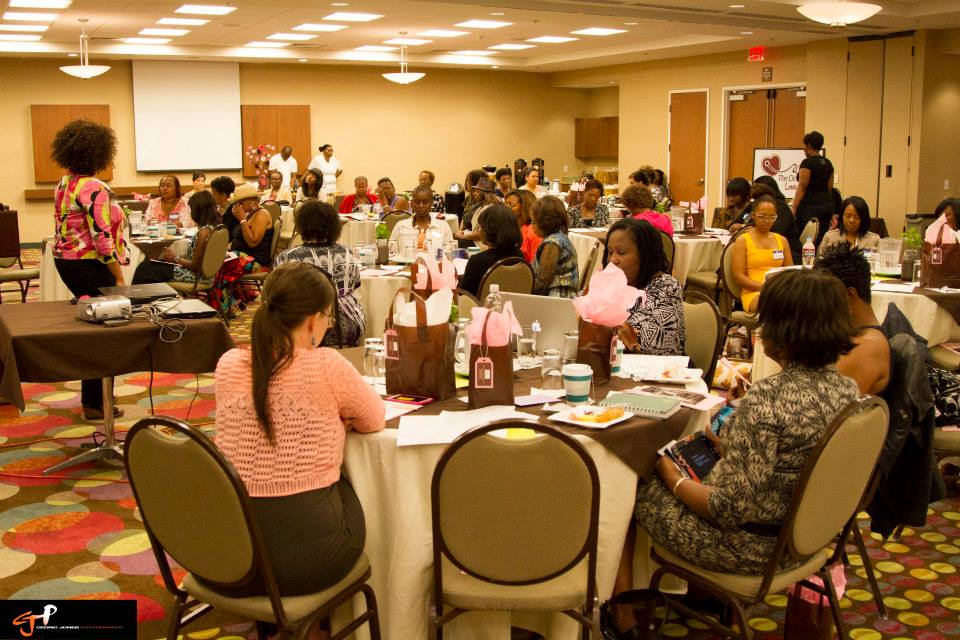 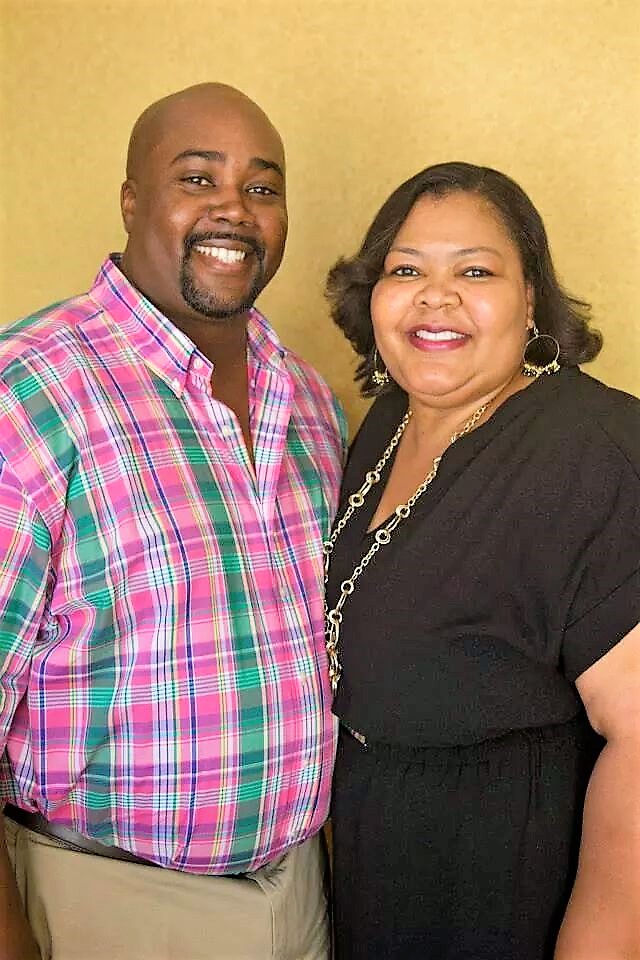 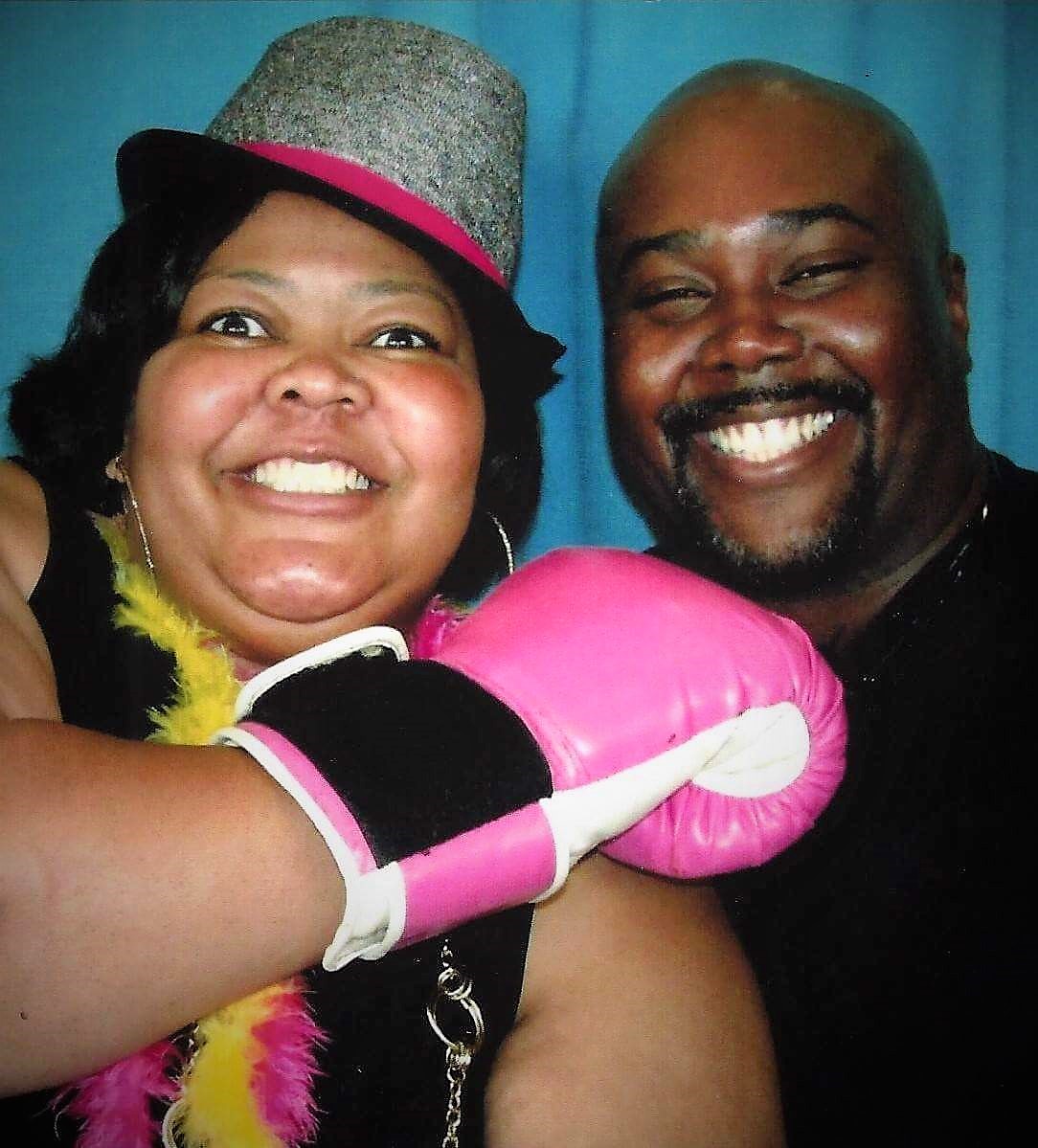 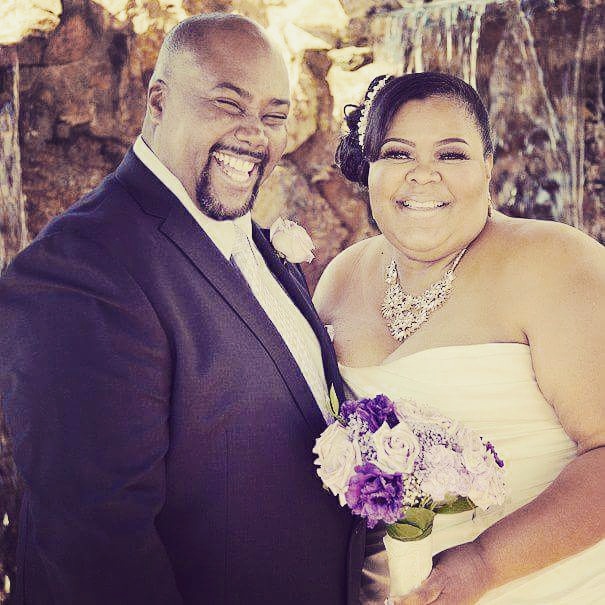 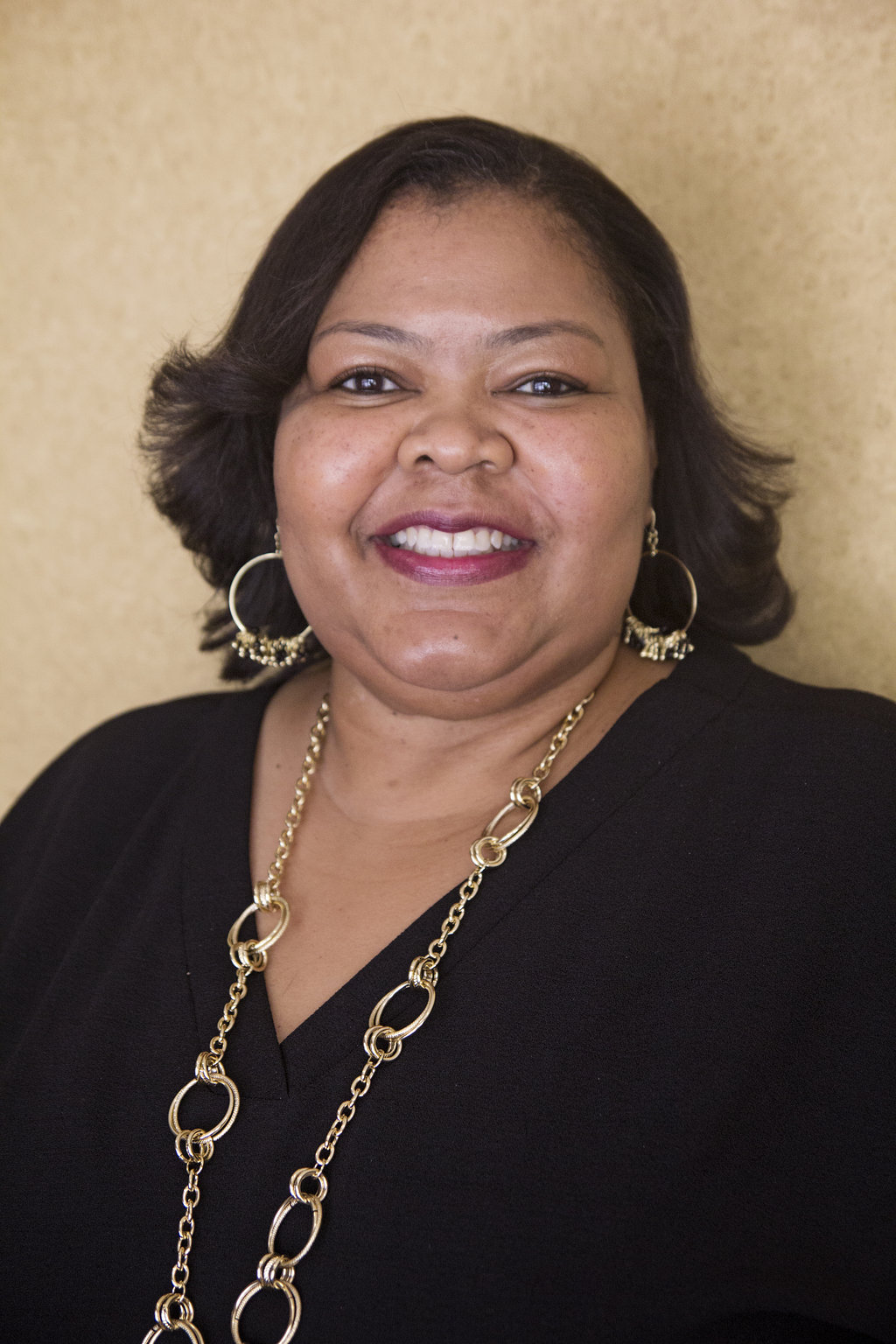 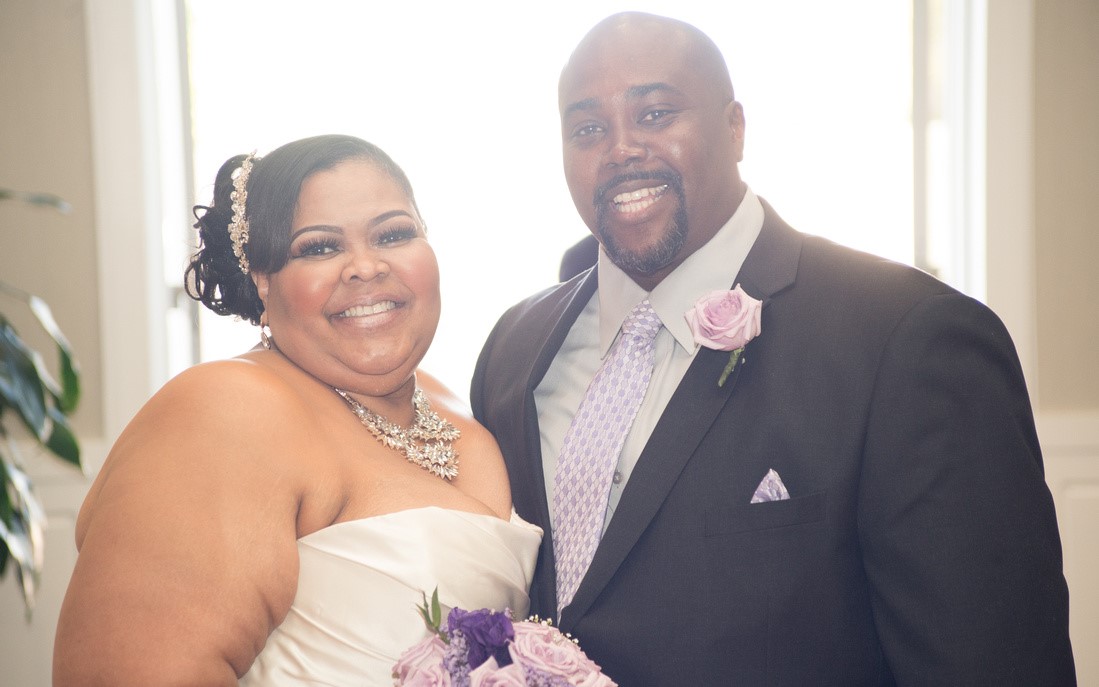 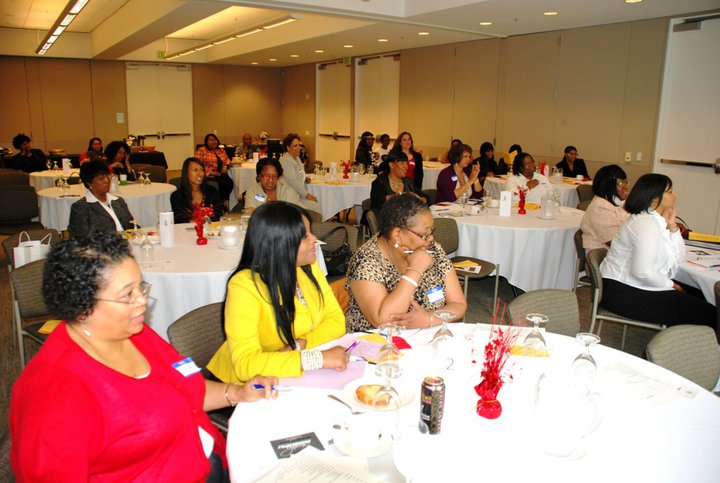