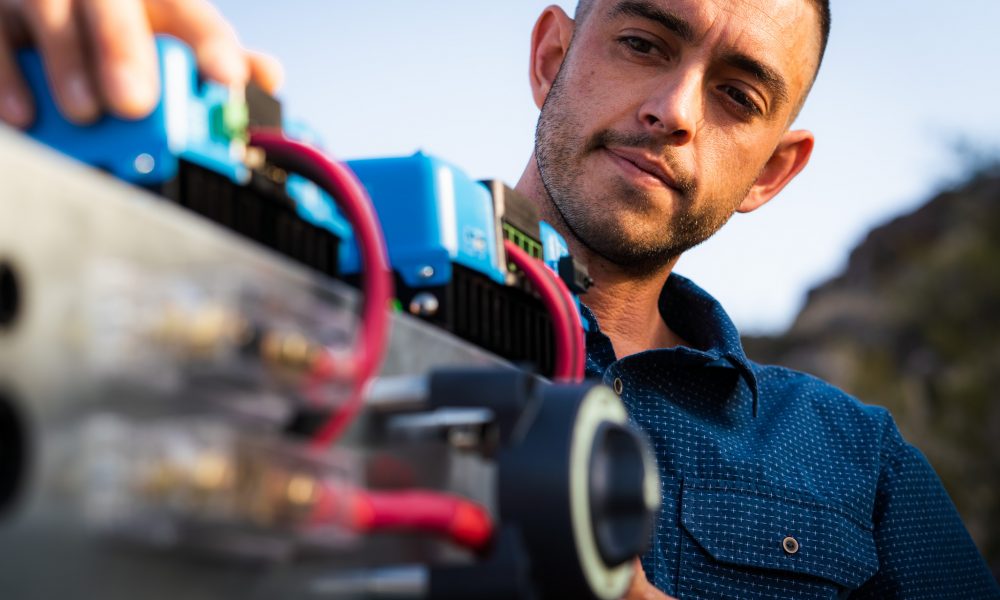 Today we’d like to introduce you to Scott McDaniel.

Hi Scott, please kick things off for us with an introduction to yourself and your story.
Coming from a longstanding background in electrical, it became abundantly clear to me when moving into a career in the outdoor industry that there was an enormous demand for electrical systems in van conversions (for the uninitiated – these are cargo vans that have been built out be lived in).

This seemed to be the one aspect of the build that many do-it-yourselfers were very hesitant to take on themselves, and I began to see not only great potential for me to move in this direction as a business, but also a fantastic opportunity to use my experience and skills to help make these electrical systems easier to install, understand, and use for my customers.

The gears in my head began to turn, but I was still uncertain of what exactly my next steps would be. Little did I know that the ‘A-ha!’ moment I was waiting for was just around the corner.

While on a backpacking trip in the Grand Canyon in December 2020, I needed to hitch a ride from one trailhead to another to begin my hike. After countless cars zoomed right past my eager, hopeful, outstretched thumb, I laughed to myself and realized that the middle of the winter in 2020 was probably not the best time to be hitchhiking. Accepting the fact that my 10-mile trek to camp at the bottom of the canyon that night was about to turn into a 17-mile Odyssey (pun fully intended), I started to pick up my pace, but desperation urged me to stop at one last pull-off to try my luck.

Much to my surprise, a crisp, white Dodge Promaster pulled up just as I was about to start reluctantly hitting the road again. I did my best to not come across as desperate as I actually was, and asked the driver if he’d be willing to drive me to the end of the road – he agreed! I climbed in the back of the van, and after seeing that the interior was totally stripped (and filled with construction materials – a sure sign of a van conversion-to-be), I inquired if they were building out the van.

Turns out that I was sitting in one of two vans that the driver (Derek Voellinger of St. Louis-based Advanture) had purchased with his friend & business partner Eric Jeffrey, and they were on their way to San Diego (from St. Louis) to build them out – their only problem was that they didn’t have the electrical system and installation nailed down. I couldn’t help but laugh to myself in disbelief when I heard this, and two weeks later, I was on my way to San Diego to design and install the first Odyssey Electrical System for Advanture.

A lot has happened for my business in just over a year, and I am both proud and extremely optimistic about the growth and future ahead!

Alright, so let’s dig a little deeper into the story – has it been an easy path overall, and if not, what were the challenges you’ve had to overcome?
Though there have certainly been hurdles and obstacles along the way, I have been pleasantly surprised and truly thankful for the way everything has developed and materialized thus far for Odyssey.

I think the most difficult challenge I have had was figuring out what I wanted to call myself. I had already built and sold several of my systems before the idea for Odyssey came to me.

I had been trying to figure out what best captured the remarkable sense of adventure that living the “van-life” endows one when it hit me – what’s more adventurous than the origin of the hero’s journey itself: The Odyssey by Homer!

Great, so let’s talk business. Can you tell our readers more about what you do and what you think sets you apart from others?
Odyssey Electrical Systems are custom-built, ‘plug & play’ electrical enclosures designed with the specific needs of a van conversion in mind.

These modular enclosures neatly house and contain all of the crucial components found in a typical off-grid system (batteries, charging capabilities, fusing, circuit protection, etc.). As business for Odyssey has taken off much quicker than anticipated, I am still in the process of getting my brand established.

There are a lot of things currently in the works that I am extremely excited to unveil, but for now, be sure to follow Odyssey Electrical Systems on Instagram to stay up to date!

What do you like and dislike about the city?
Being born and raised in and around Phoenix, Arizona, I could go on and on!

As a rock climber who spends a wealth of my time outdoors, the ability to climb and endeavor all around (and even within) the city is something I truly cherish.

As an avid music lover (as well as a DJ and producer), the ever-growing music community and scene of Phoenix is truly remarkable, and it’s been incredible to watch it grow so much in the course of my lifetime. 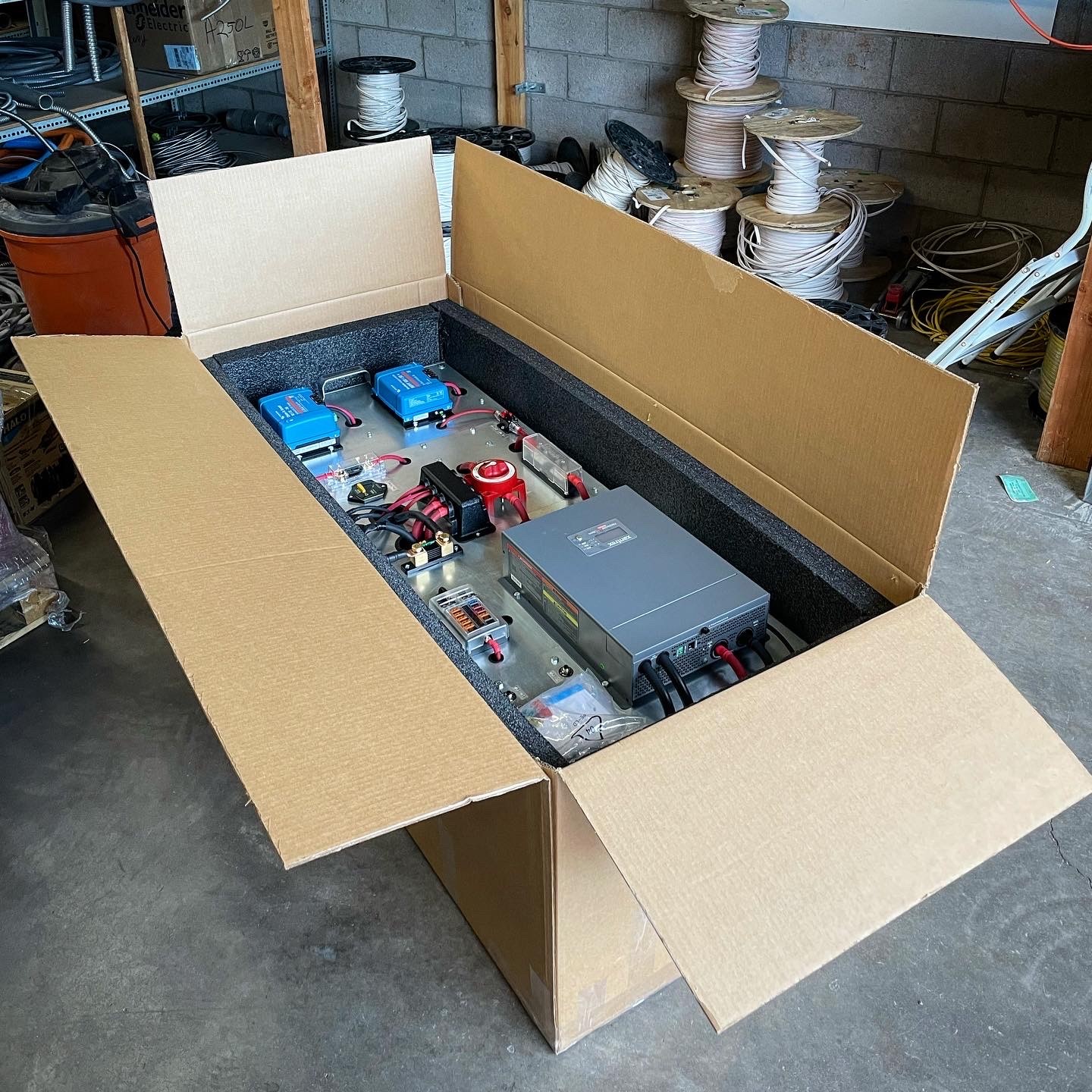 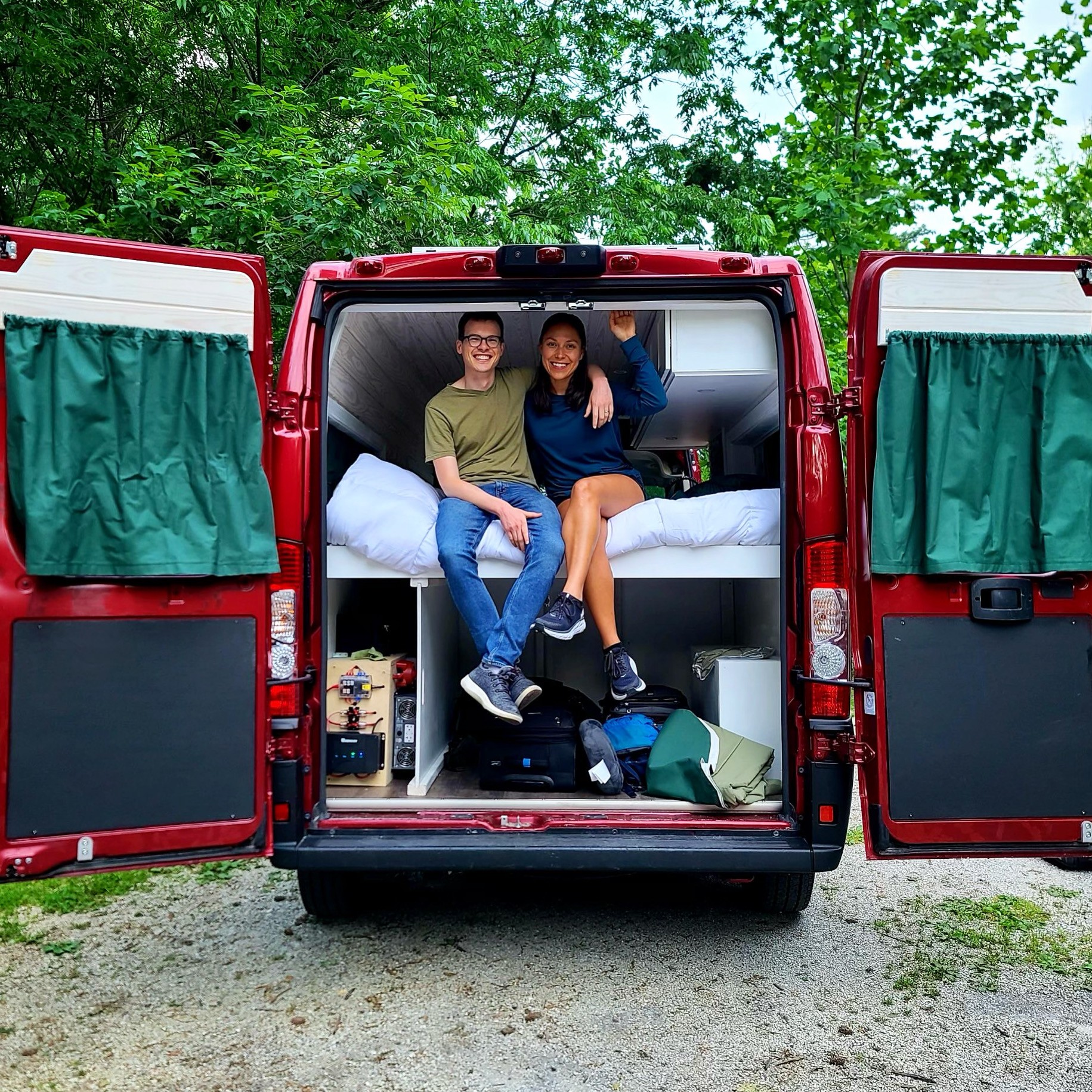 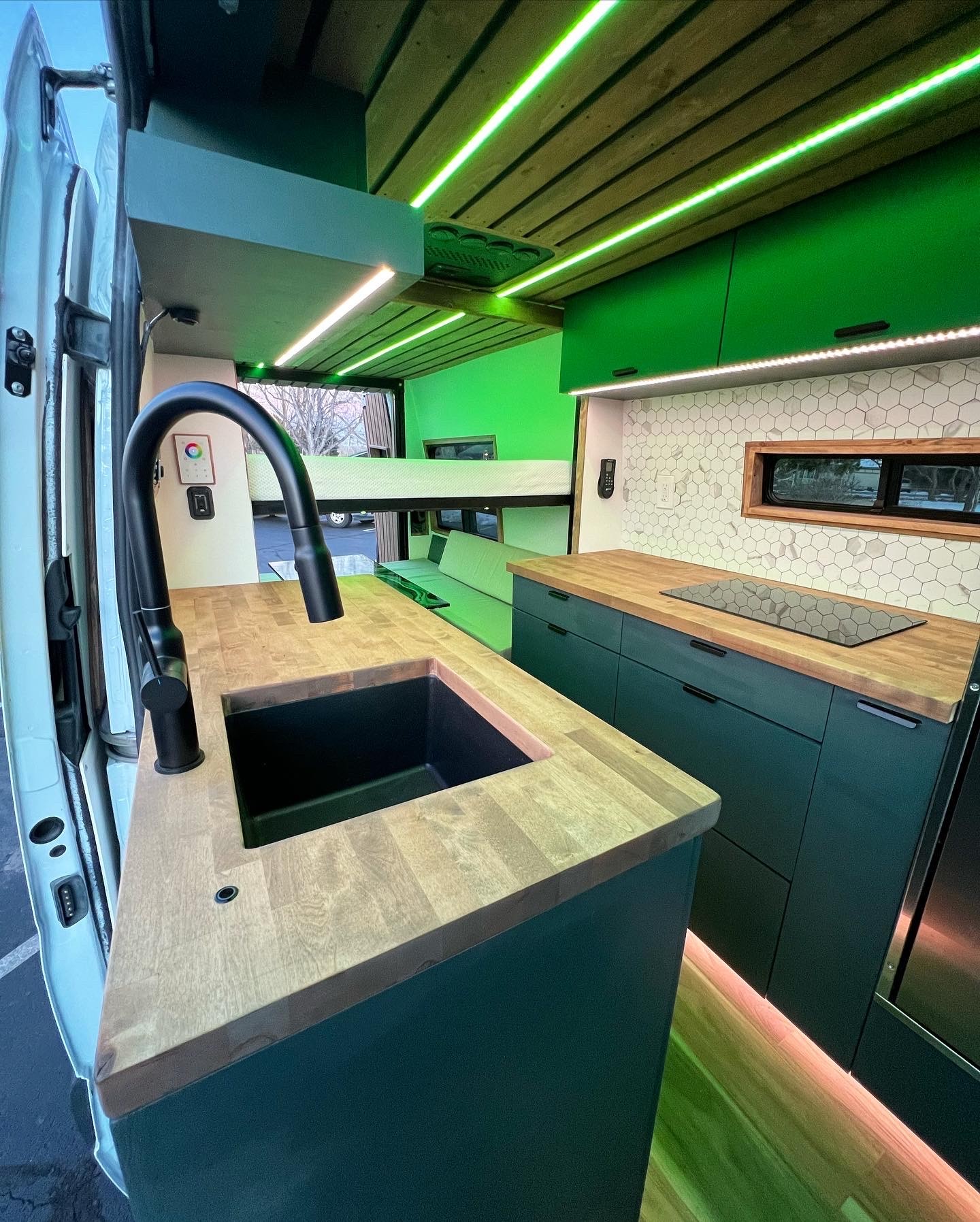 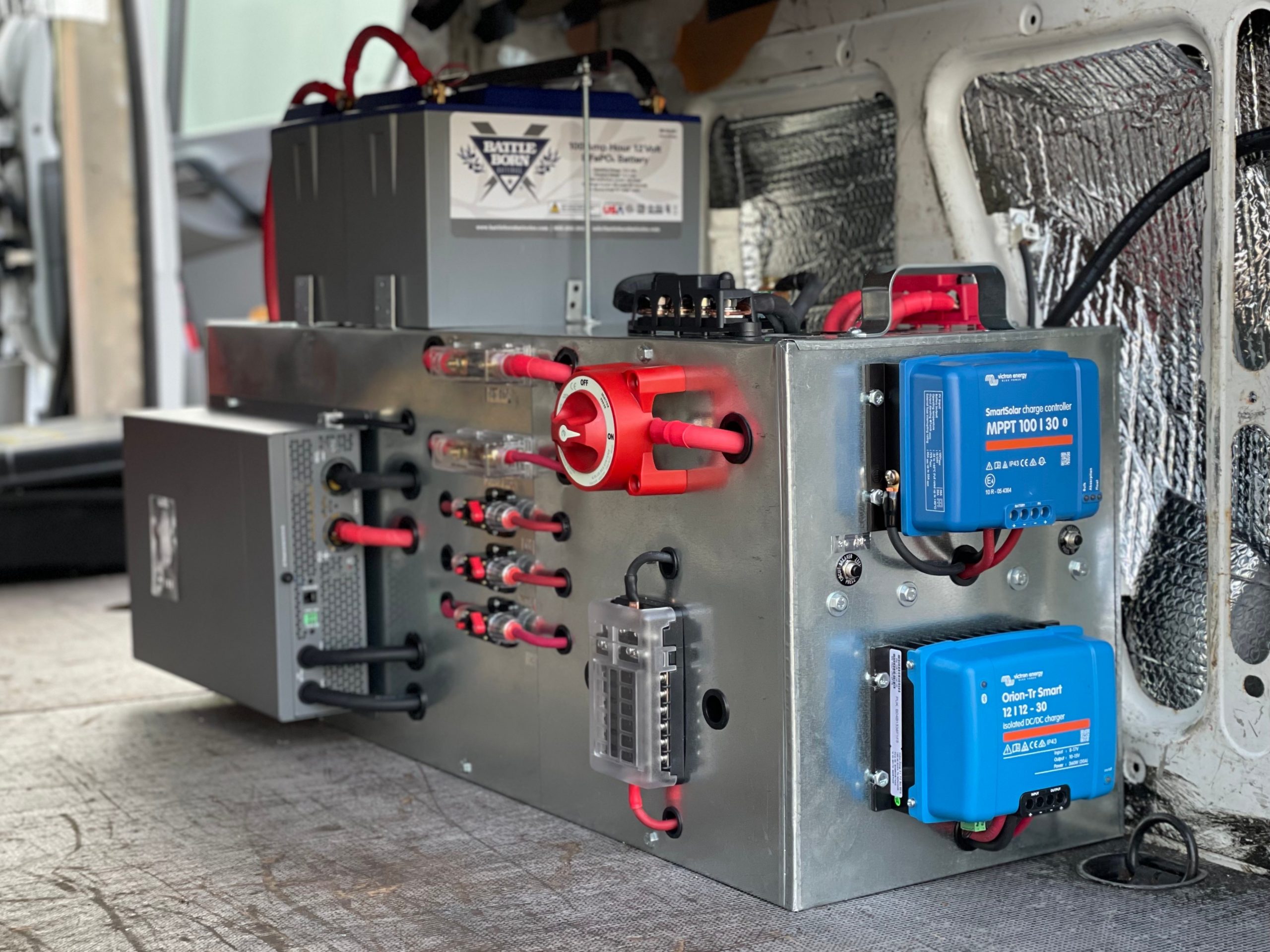 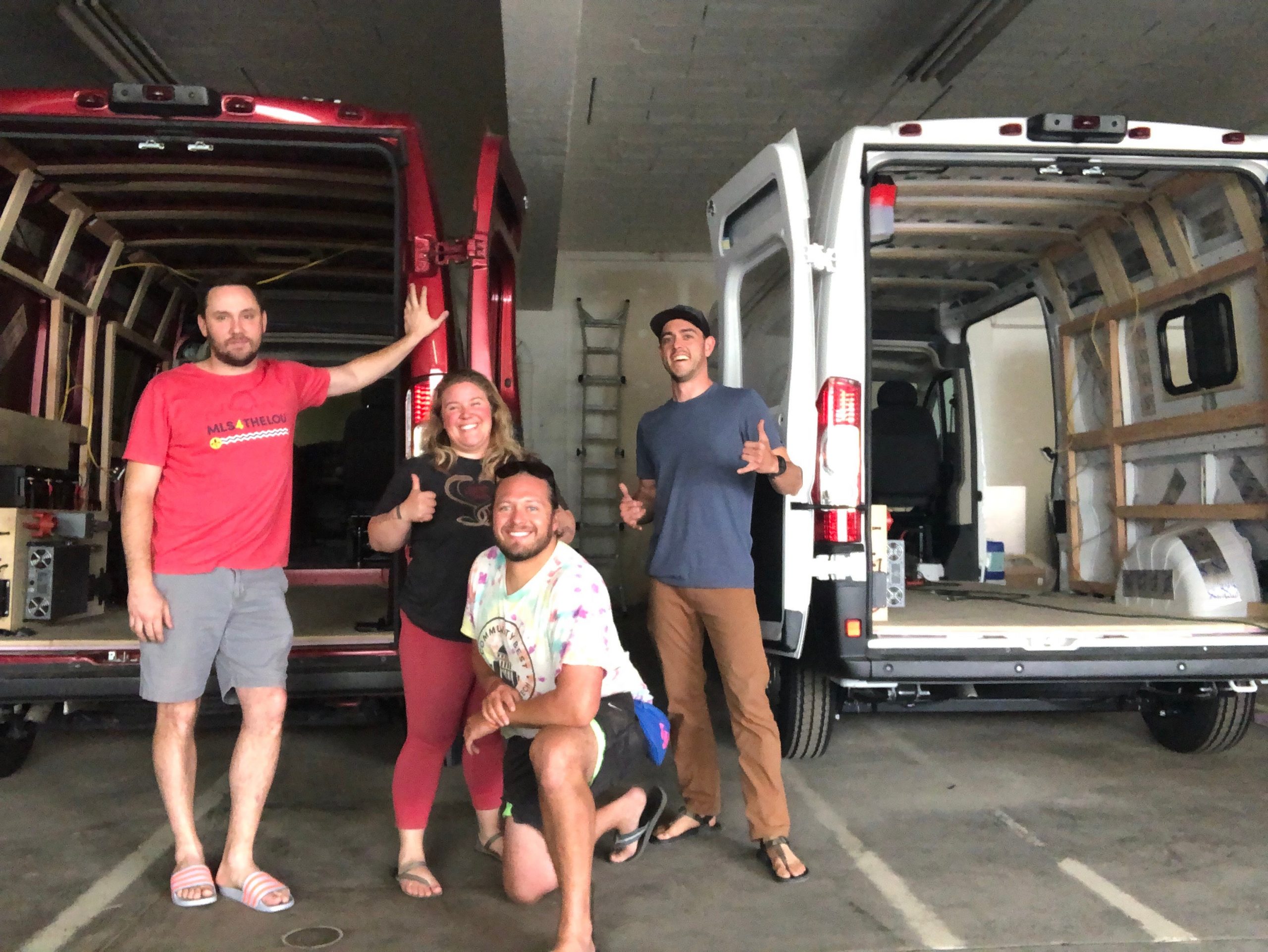 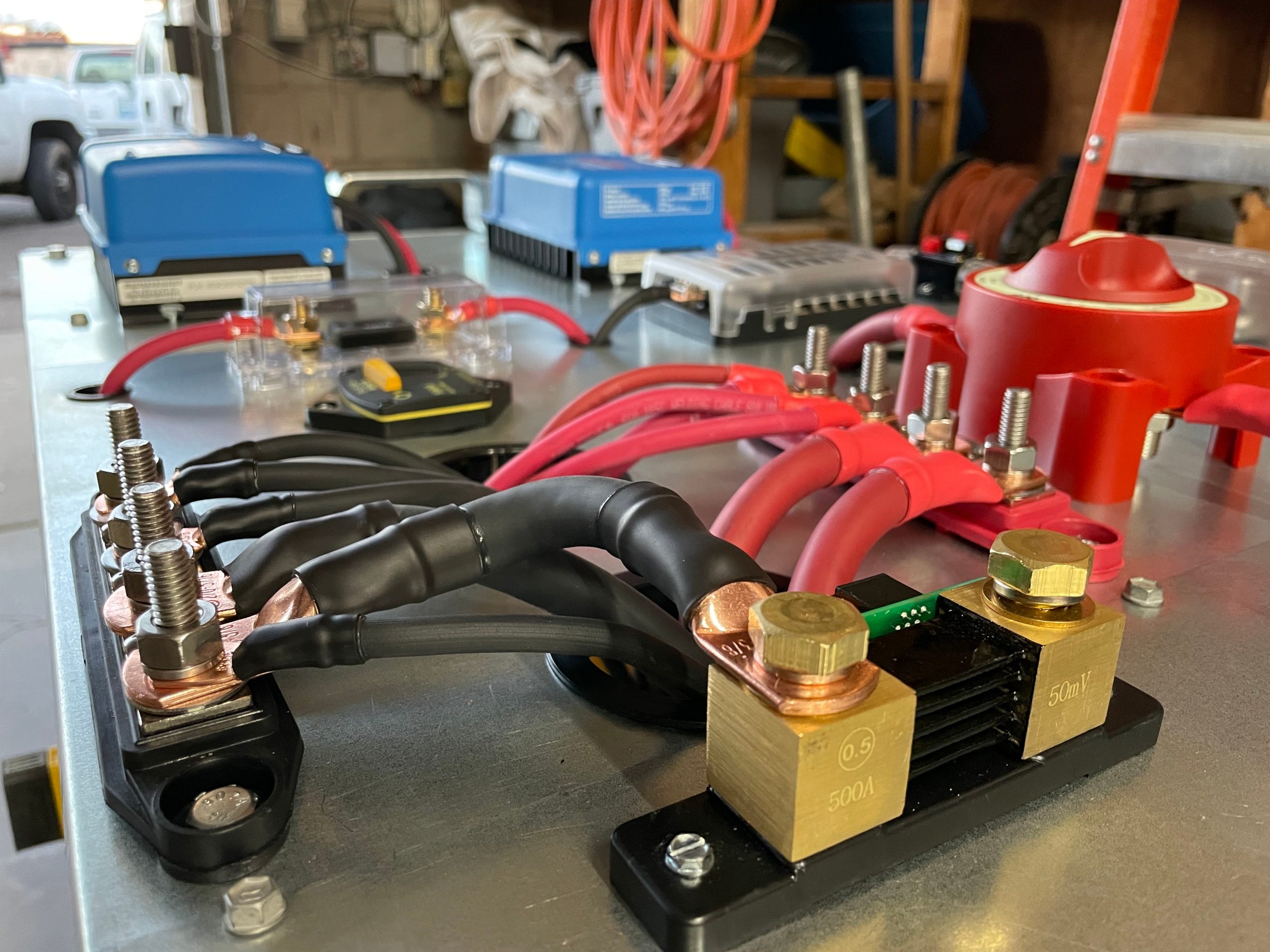 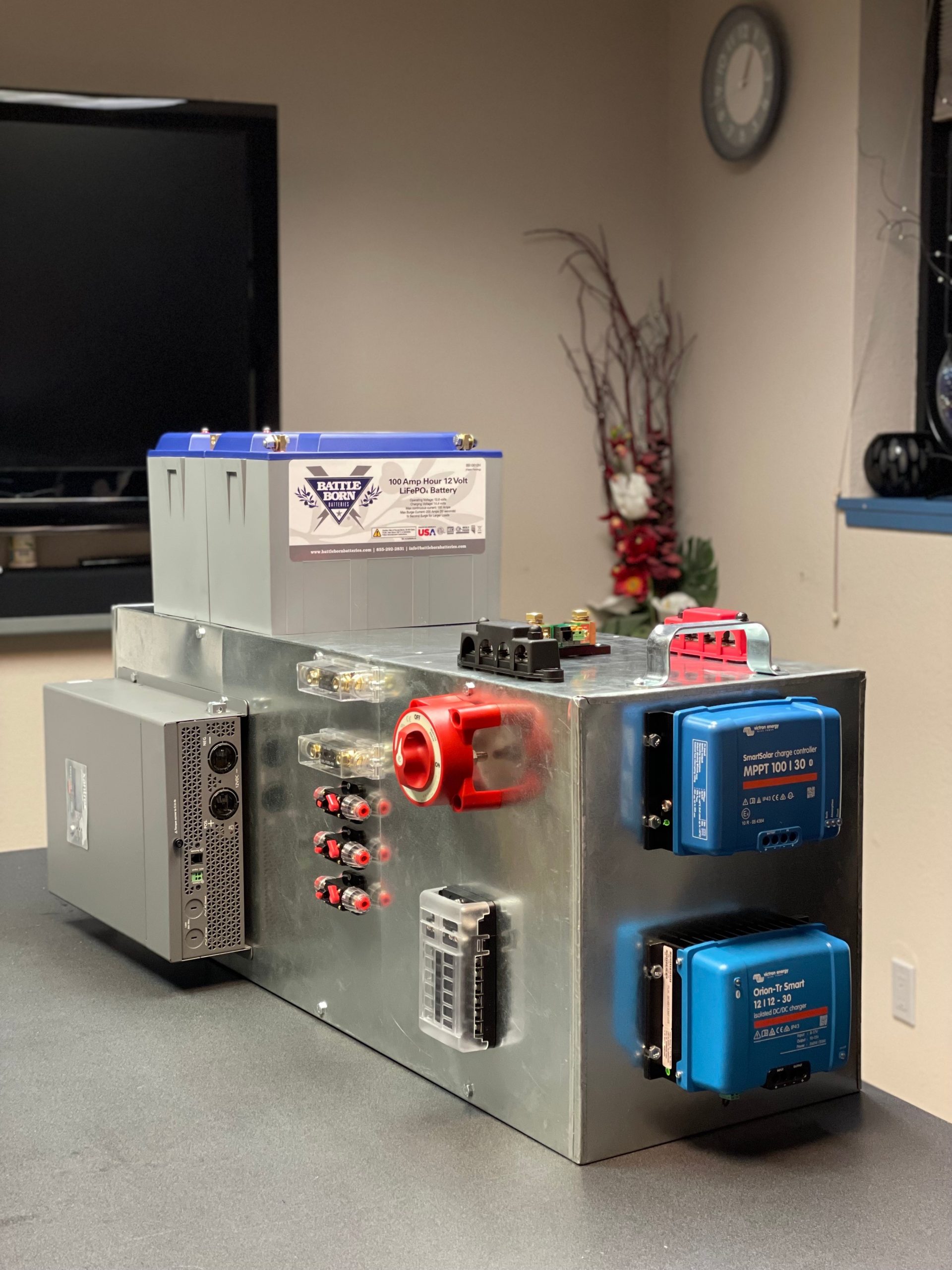 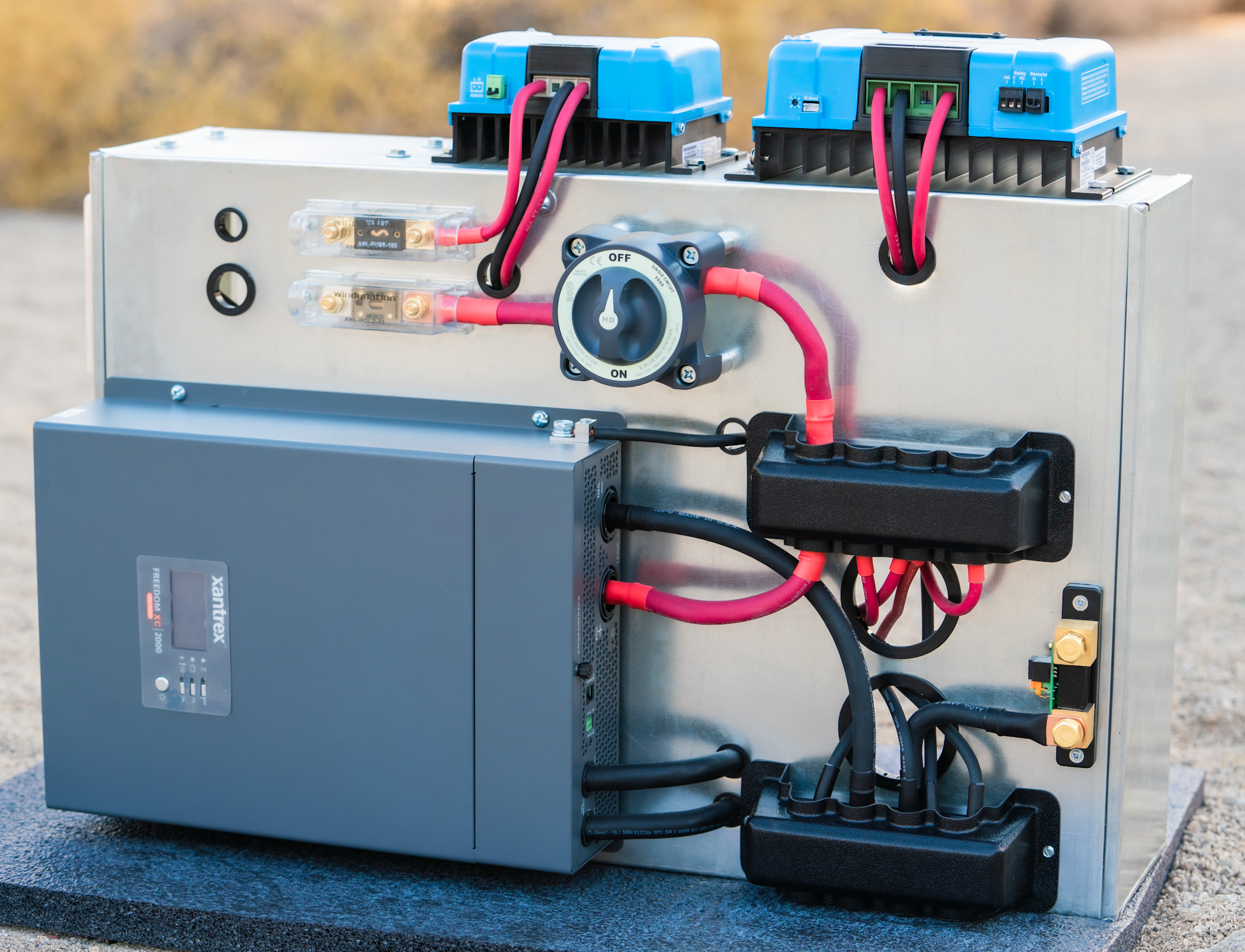 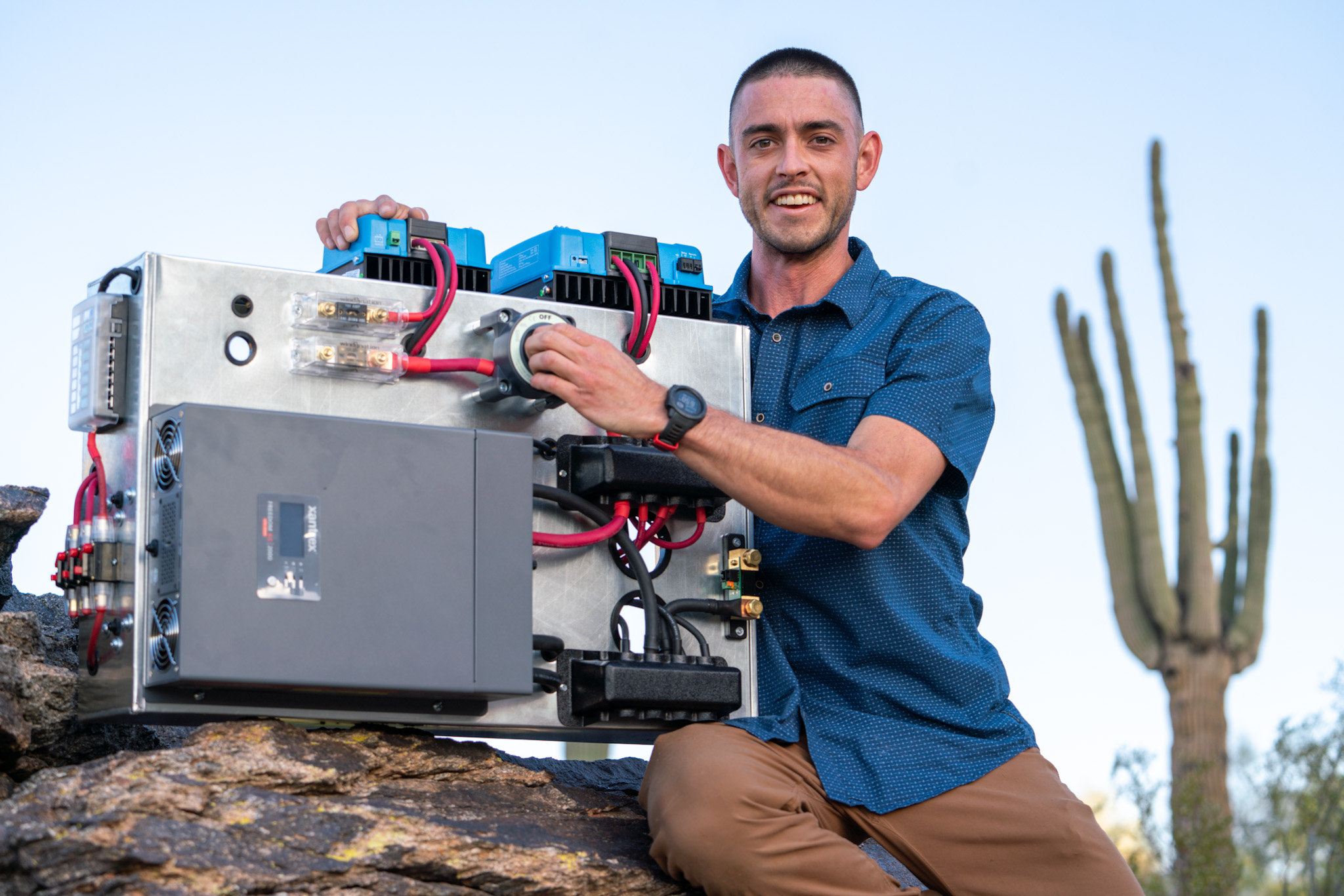 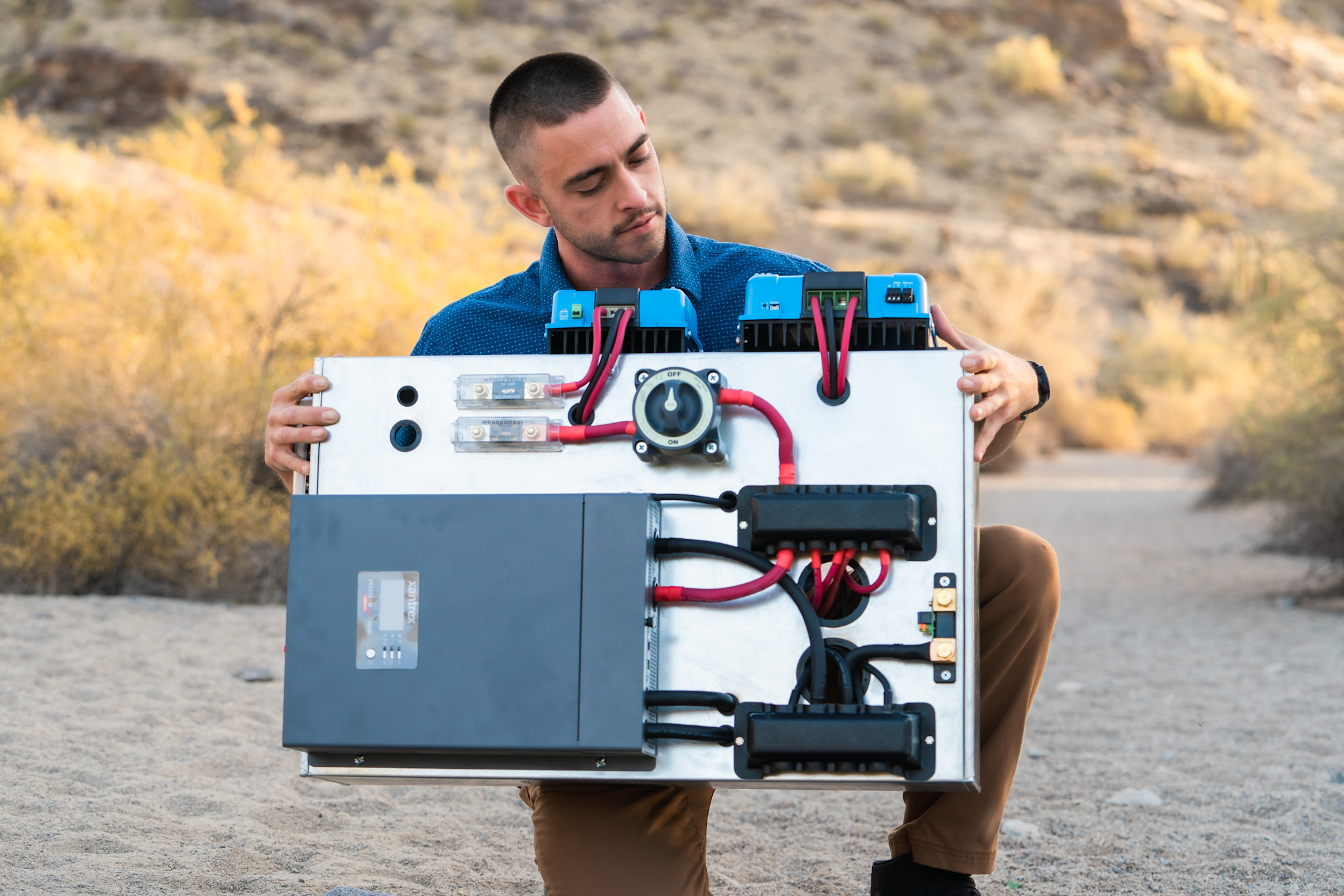