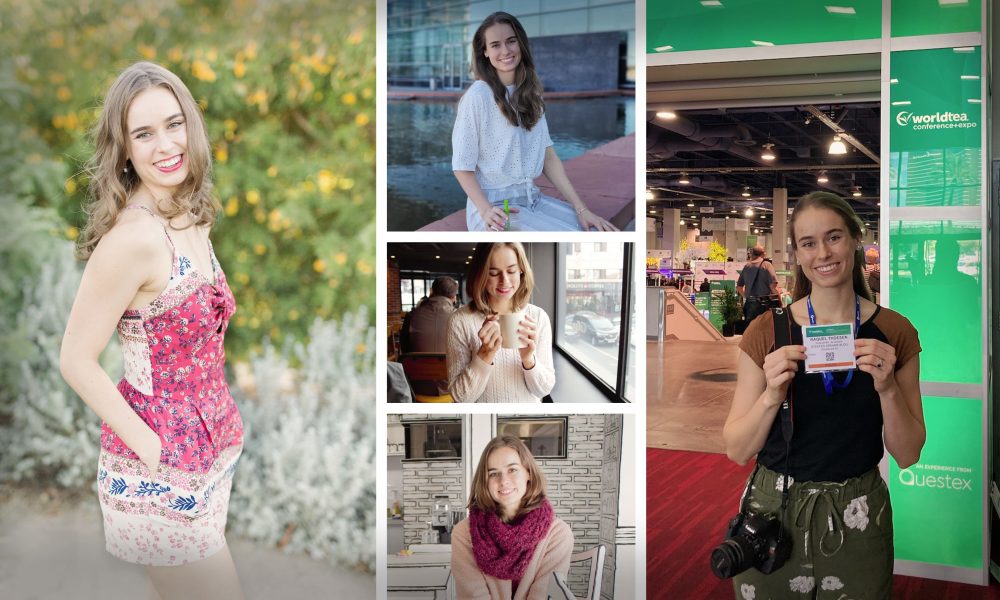 The heart of our mission at VoyagePhoenix is to find the amazing souls that breathe life into our city. In the recent weeks, we’ve had the privilege to connect with some of the Greater Phoenix area’s finest artists, creatives, entrepreneurs and rabble rousers and we can’t begin to express how impressed we are with our city’s incredibly deep talent pool. Check out inspiring stories from Chandler and surrounding areas below. 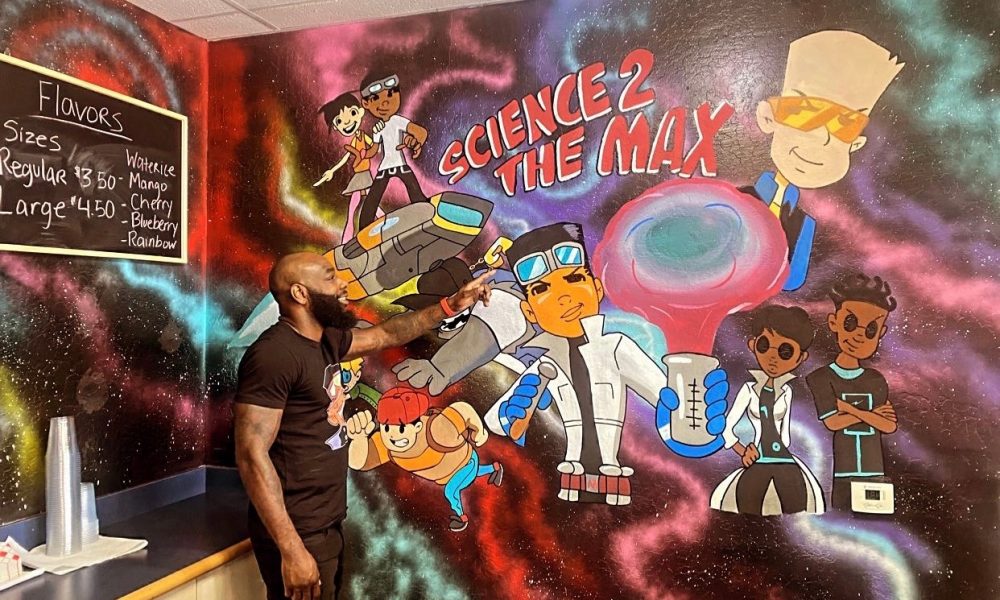 My name is Bryheem Charity and I’m originally from Philadelphia, Pa. One of the reasons I moved to Phoenix, Az because I always envisioned myself waking up to warm weather and palm trees all year round. The main reason I moved to Phoenix, Az because I’ve noticed that Arizona is ranked 3rd worst in public education in the entire nation. I’ve founded a company 8 years ago called Science 2 The Max. Science 2 The Max is an educational enterprise that uses augmented reality, animation, storytelling, and interactive learning to teach and encourage science for young people ages 4 through 13. My goal is to change the paradigm on how young people view education. I want to create a culture where education is championed in the inner-city community. The problem is that America’s public and private schools have failed our youth in engaging them with STEM (Science, Technology, Engineering and Mathematics) learning. Read more>> 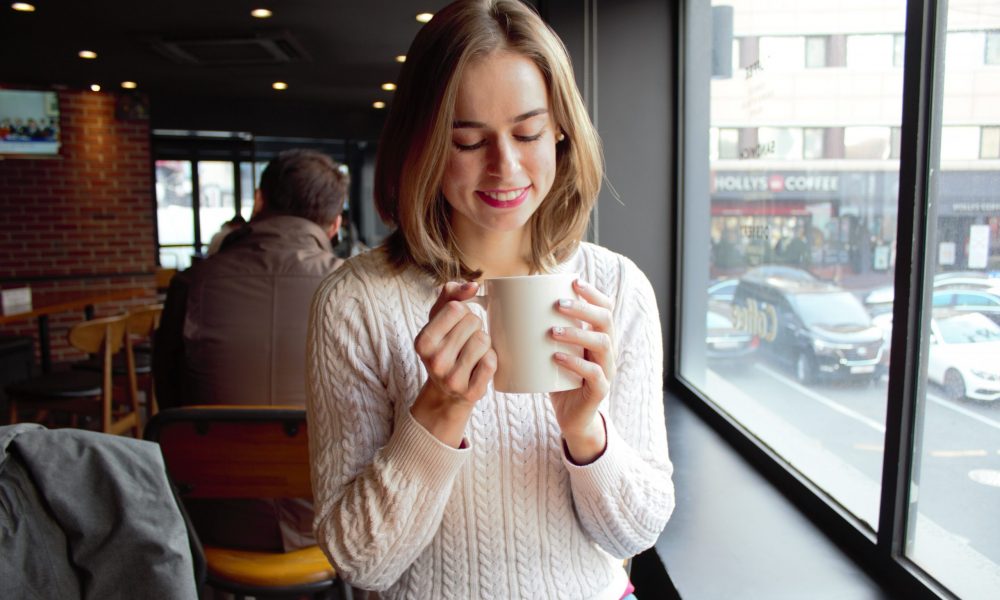 I started my tea blog, Steeped Dreams, in January 2021. I had been feeling an itch to do some sort of passion project for a while, and the pandemic was the perfect excuse to really hunker down and start. My background is in content and search engine optimization (SEO), so a blog was really a no-brainer for me as a creative outlet that could also double as a professional portfolio of my skills. I’ve worked in SEO for almost 5 years, and once you’re in digital marketing, you learn a ton about all the different areas of it because it’s all so connected. For example, SEO has opened the door for me to simultaneously learn basic web development, paid ads, social media, and email marketing. All of these perfectly create a recipe to start any modern small business. So that answers the blog side of things. And why tea? I’ve never been obsessed with tea, per say, but as someone who has never liked coffee, tea has always been my go-to beverage at cafes. Tea is also the second most consumed beverage globally, so it’s a consistent theme I’ve always enjoyed throughout my travels around the world. Read more>> 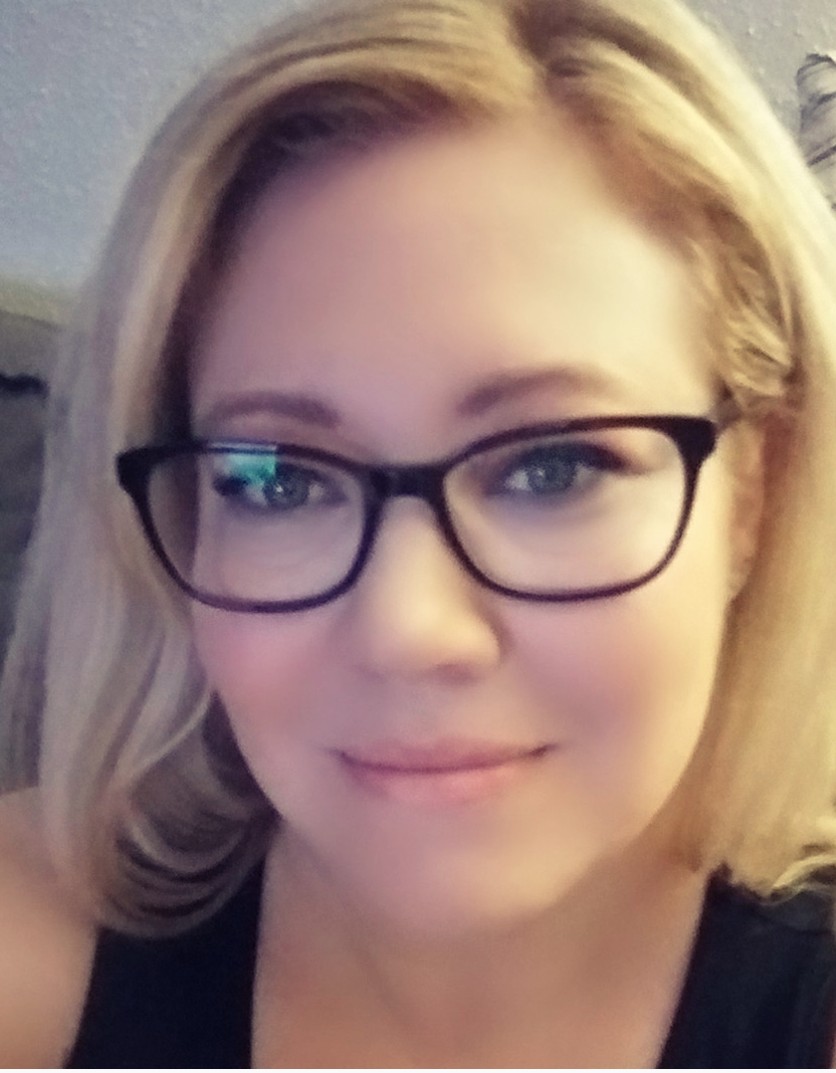 It all started about 10 years ago when I decided to attend school to receive my associate’s degree in Aesthetics. I spent the first 6 years of my career performing facials, hair removal, chemical peels, etc. until one day I decided that I was ready to branch out. I took a course for eyelash extensions and never looked back. For the last 4 years of my career, I have worked on perfecting the craft and artistry that is Lashing! I have watched other individuals and companies around me blossom and I said to myself “I want to achieve that too!” I again decided to branch out and see what else the world has to offer. I now own and run my own business named Eyelove Lashes LLC. The sky is the limit and there are so many ideas and directions I plan on taking to further grow my business. Read more>> 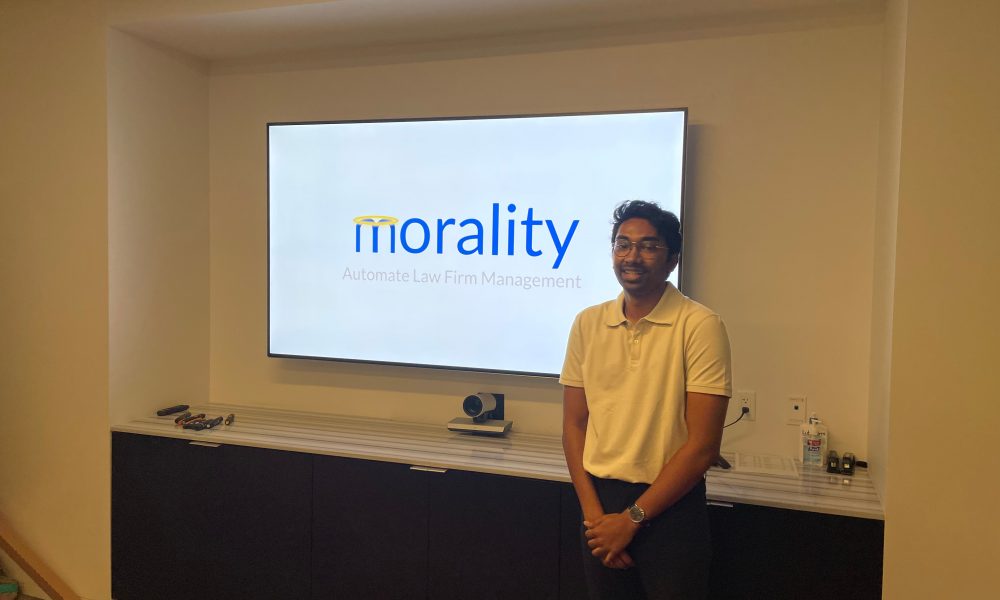 My college roommate and I were debate partners in high school, so Anay and I spent a lot of time talking and researching many different sides of American domestic and foreign policies. A constant throughout the years of high school debate were the inefficiencies and lack of care throughout the public and private sectors. When we landed on ASU’s campus as freshmen, we watched HBO’s Silicon Valley and were left probably a little too big-eyed and bushy-tailed. We were looking for trouble. At the time, I was competing on ASU’s undergraduate mock trial team, but I was completing my bachelor’s in Computer Science. Two very different curriculums— one encouraged public speaking and teamwork while the other communicated through documentation and rarely assigned group projects. But through mock trial, I was meeting attorneys from Arizona and California. Read more>> 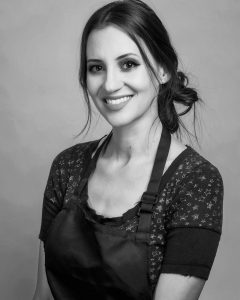 I got my first massage when I was 19 years old and pregnant with my daughter. I loved it so much that whenever I felt morning sickness, I would think of being back on that massage table, with the dimly lit room and the plants snaking along the walls. My nausea disappeared. That ignited my interest in becoming a massage therapist. It didn’t happen until over a decade later after moving back to Arizona from Germany. By then, I worked a desk job, the stress really got to me. Having an anxiety disorder didn’t help. I tried to tough it out. In 2017, I ended up in the emergency room. I knew I had to make changes to my lifestyle if I wanted to be healthy. I decided then to enroll in massage school. I worked full time while attending school, it was one of the most difficult things I’ve ever done but I met my partner there. I graduated in the fall of 2018 from the Southwest Institute of Healing Arts and was licensed by December. I specialize in oncology because I lost my dad in 2003, he died of stage IV melanoma. I specialize in PTSD because my son’s father is a veteran. I specialize in pediatric massage because I have two children who have benefited greatly from a safe, nurturing touch.  Read more>> 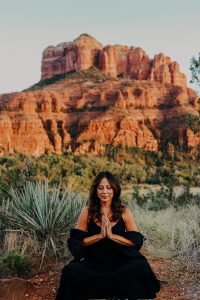 I started my career as a cosmetologist in 2003 in New Hampshire. I worked at a beautiful luxury salon right out of hair school for over 13 years. I really honed in on my craft in this beautiful space and was surrounded by an amazingly talented team. In 2018, I moved to Chandler. I had been away from AZ for 17 years but it has always felt like home to me. I accepted a position at a lovely salon called, In Chandler and began to rebuild my clientele. While working at this salon, I went through a health coaching program and became a certified Integrative Health Practitioner. Along the journey of becoming a health coach, I had an idea. What if I create a salon that specializes in clean products and wellness education? The first iteration of my salon was born. I opened Detox Organic Beauty and Wellness in the spring of 2019. I quickly became known for my knowledge and passion for clean beauty and wellness. Read more>> 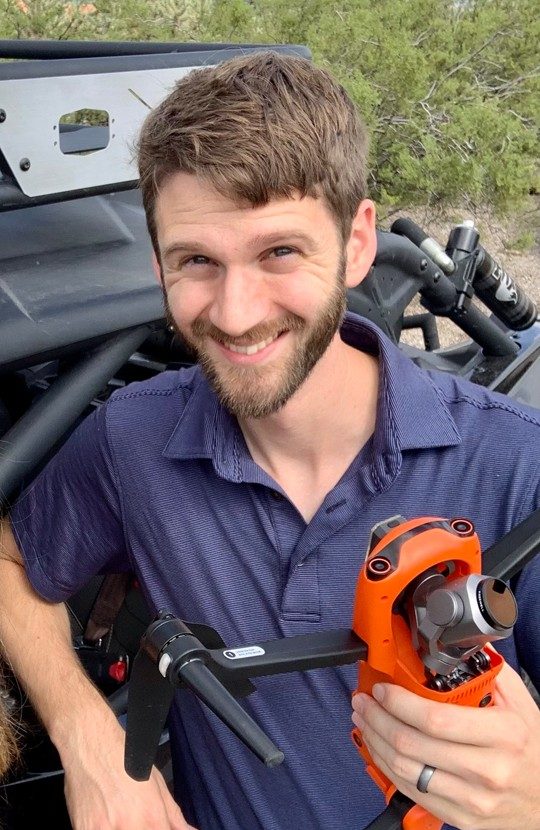 I was given an old film camera when I was 8, and that sparked a passion for photography. I interned at a small video studio while in high school, then went on to get my bachelor’s in Media Production. I freelanced on the side for the next several years while working a full time corporate job doing video/photo work in the e-learning for healthcare industry. When my wife and I moved out here in March of 2020, I decided to go full time. I chose real estate as my main niche to get the gears turning. I have experience in several different industries though, and am now branching into being a full service marketing agency. I’ve brought on a photo editor, a marketing guru, a web developing magician, and soon, a social media specialist. Read more>> 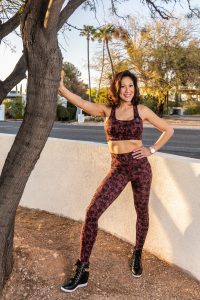 Ever since I can remember, I have always been interested in physical fitness. Even to the extent that I played twelve different sports just because I wanted to try it all! However, it didn’t dawn on me to pursue a fitness career even after winning three years in a row for bikini competitions in the NPC. It wasn’t until 2013 when my coach highly encouraged me to get my certification. Since then, I have never looked back because I am truly passionate about exercise and leading a healthy lifestyle. Not to mention I enjoy working with a variety of people because it challenges me and I get to consistently meet incredible people. In 2016, I became pregnant with my first son Jax and then again in 2018 with fraternal twins! Several months later after giving birth to Avianni and Bronson in 2019, I decided to go solo and branch out on my own. After working at a few other locations around Tucson I made an executive decision to open up my own facility. Read more>> 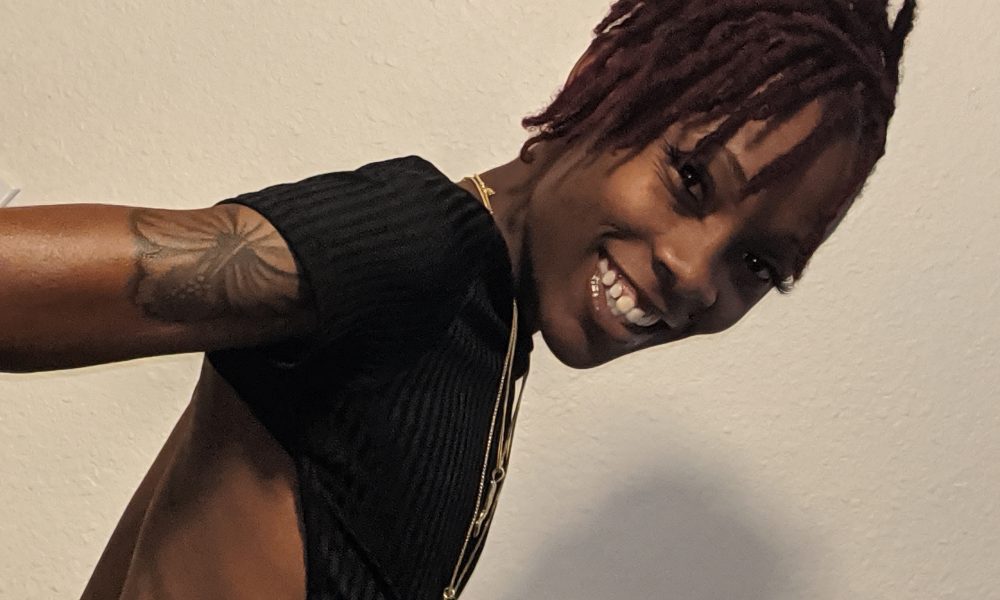 “Touch’d By Her” started 5 years ago shortly after moving here to Arizona from California. I’ve always had the passion and or desire to do hair since the age of 9. From braiding my brother’s hair to playing with my dolls I’ve always felt that doing someone’s hair was for me. I started off as a braider and elevated my love for locs over the past years. I’ve taken multiple classes to master my techniques and skills. Throughout trail and or error by the Grace of God Touch’d By Her is still standing and expecting to grow bigger. Read more>> 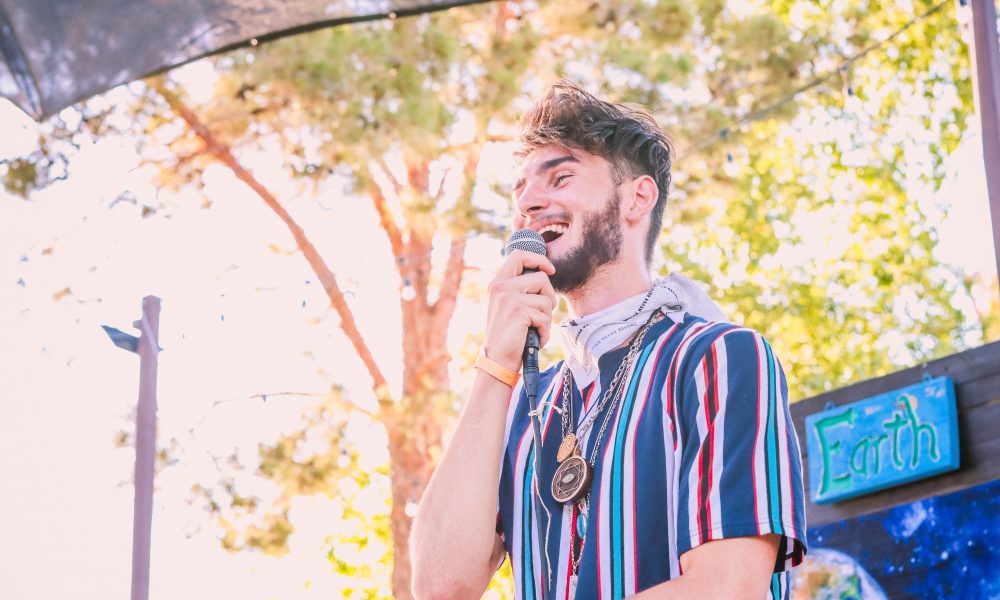 I started realizing I wanted to serve people coming out of high school. I had a close run-in with the law that made me reflect on my white privilege – that reflection expanded to the different blessings I grew up with. Having a supportive family, a green neighborhood, and good food was a foundation that I started to realize a lot of people didn’t have, and this was a design flaw in our society that needed to be addressed. My first idea was MyndMd, an app that connects people struggling with mental illness so they can share information, empathize, and access therapy resources to alleviate their symptoms. I was in my freshman year, so this lead to learning how to code, design an app, build a business, adapt to college life, and do my courses at the same time. I realized that this wasn’t sustainable, so I put the idea on the back burner while I learned more about the skills I’d need to develop to build solutions that serve society. Read more>> 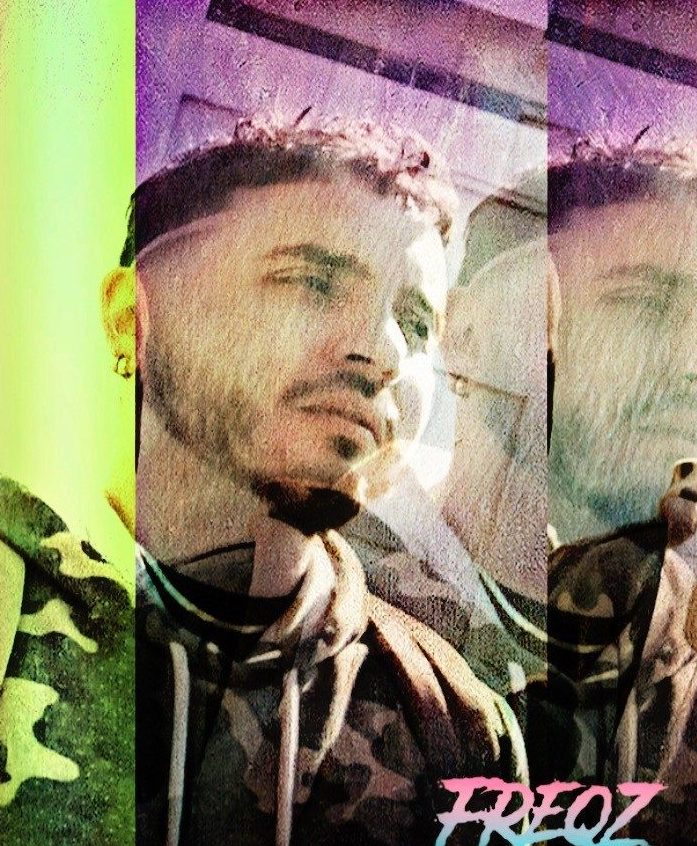 Back in 2012-2013, I attended an audio school in Tempe, that’s where and when I started making hip hop beats. I graduated and went to intern at a studio in Los Angeles right on Hollywood Blvd. called West 1 Studios. I didn’t have much money at the time, was living in my car at the time, and at times going days without eating anything. I was putting in 14-18 hour days in the studio cause I had nowhere to go and it was hard getting a 9-5 with no address, so I decided to put my all into the music. I put in my required internship time and feeling somewhat defeated with my living conditions I decided to head back to Tucson. I got a job at a Guitar Center soon as I got into Tucson and I would play my beats throughout the speakers at the store. I spent about 2 years working at Guitar Center till one day this guy walked in and heard my beats playing at the store, he said he really liked them and said he was The Game’s manager / best friend to show him some more. Read more>>