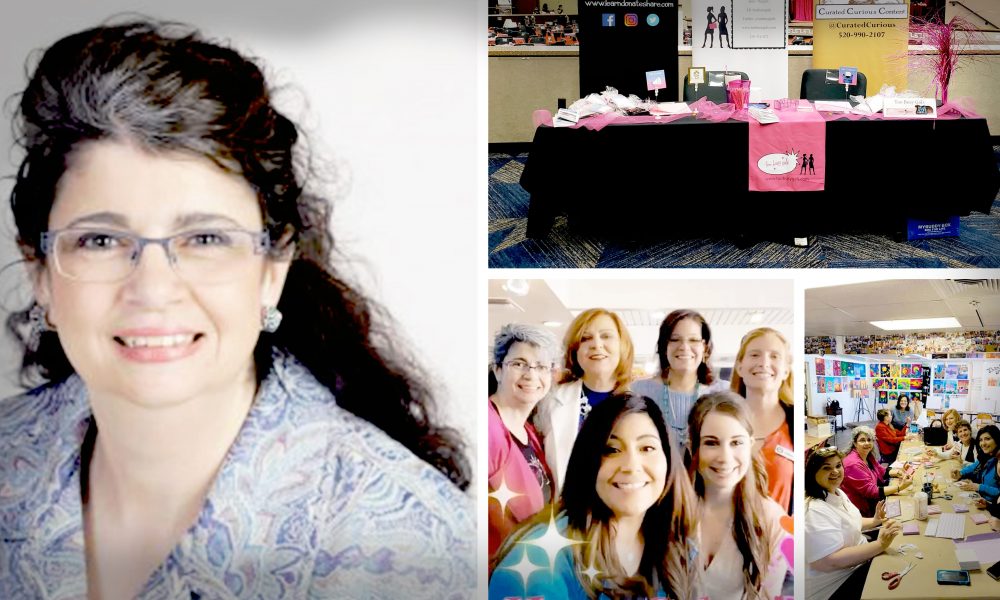 The heart of our mission at VoyagePhoenix is to find the amazing souls that breathe life into our city. In the recent weeks, we’ve had the privilege to connect with some of the Greater Phoenix area’s finest artists, creatives, entrepreneurs and rabble rousers and we can’t begin to express how impressed we are with our city’s incredibly deep talent pool. Check out inspiring stories from Casa Grande and surrounding areas below. 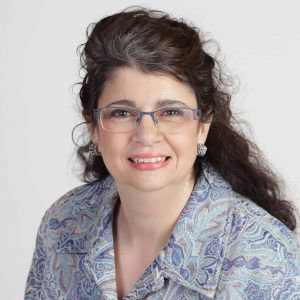 We are social media consulting company established in 2008. One of Jessica’s primary reasons for co-founding Too Busy Gals with my sibling Alexis Chapman was to address our combined health needs and work schedule accommodations. Traditional work settings were no longer suitable. Growing from a team of 2 to a team of 10 across two states has been an endeavor. Our mission to provide top-quality service to its clients is coupled with the compassion to hire and employee team members who, due to a variety of health concerns, cannot work in a traditional employment setting. Read more>> 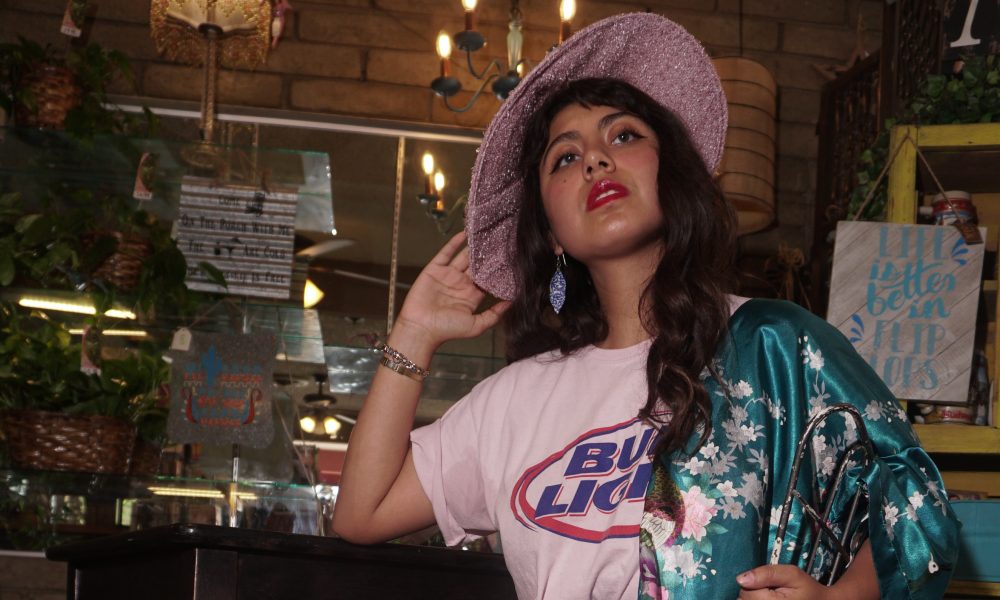 I’m real big on that we have a choice of the life we are living. You can be a character in someone else’s story, remain a character to yourself, or claim your character – your archetype. How do you brand yourself? What is your brand? What do you keep attracting in your life? Your brand is based on your mission statement, your interest, your “purpose.” That was the mentality I had to get myself into. Actually, seeing myself as the person I admired as a child, if you think about what that person would they do to be where they are, you can make those same decisions. Me as a child: I see myself as a stylist, director, model, actress, etc. I’ve done it all and more. I’ve been everything I wanted to be and will continue to be. Read more>> 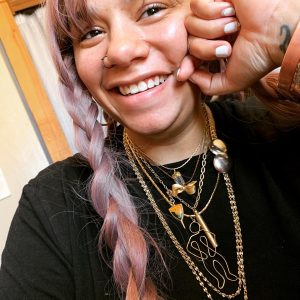 I started making jewelry when I was a teenager. I used generic glass beads and paperclips. My dad would sometimes bring home interesting beads he found while on business trips. In college I brought all my jewelry making stuff with me hoping I would be able to be a full-time art student and make money on the side selling earrings. I never sold a single thing. Since 2017 I have worked for a family owned bead business at the Tucson Gem Show. Working the show got me back into making jewelry. I would spend about half of my paycheck every year on new stones, beads, tools etc. I really only ever made stuff for myself and random gifts for friends. Covid pushed me while at home to spend time making things. I hadn’t sat down and focused on any art or work besides everyday mom obligations. Read more>> 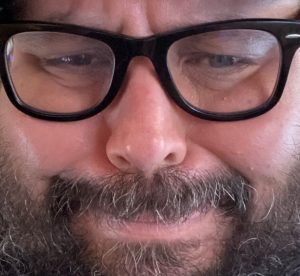 I’ve been in the restaurant and bar industry for over 20 years. I’ve worked all over the Valley and now run The Royal Room. I am a graduate the Scottsdale Culinary Institute as well. Read more>> 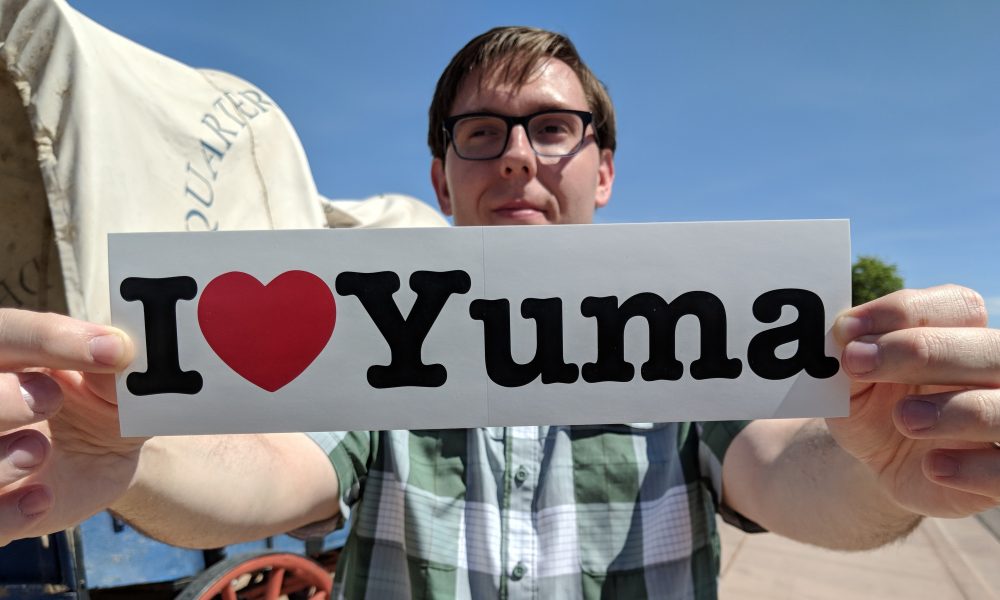 For my day job, I’ve worked as a structural analyst and systems engineer at a couple major defense industry companies. While some of the design work is interesting, much of my day is spent writing technical reports and other documents. Page after page, and year after year of being stuck in that style of writing began sucking my creative soul dry. I often found myself daydreaming on the job as an outlet. One fall day my wife mentioned to me that a friend of hers was preparing to work on a neat project – she was going to write a novel as part of the NaNoWriMo (National Novel Writing Month) challenge. The goal is to write 50k words all within the month of November. Read more>> 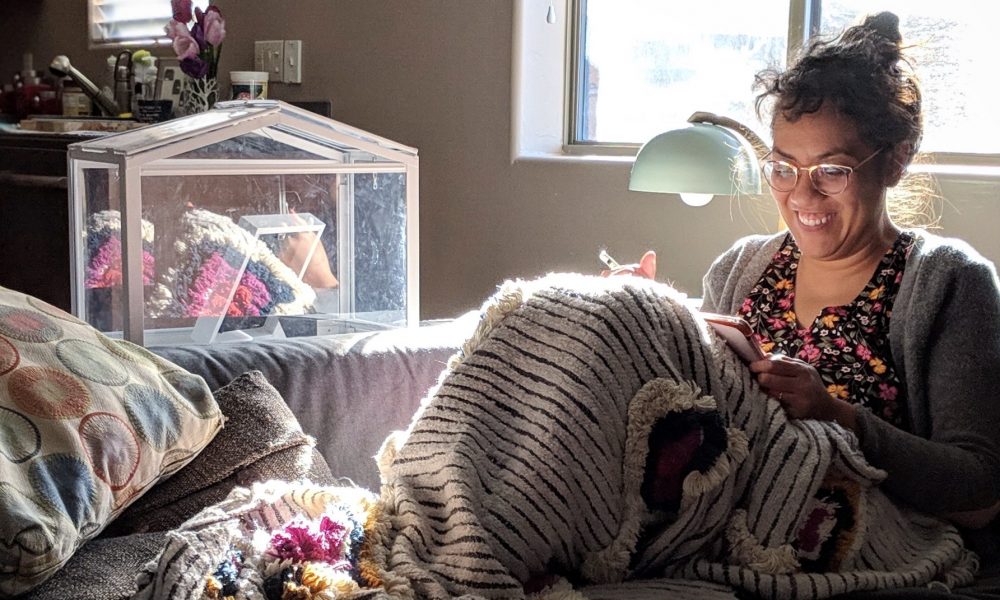 When I was a toddler, my mother said I always walked around with a pen in my hand. She would try to give me something else to hold for obvious safety reasons, but she’d turn around and always found me with a new pen in my hand. My love for art has always been a part of me. In kindergarten I painted our dog and that first official school painting still adorns my parents’ living room in a beautiful frame. I grew up in Texas and studied at Texas A&M University-Commerce, where I also worked as a student graphic designer for a marketing department. I earned my BFA in Studio Arts and K-12 Art Certification and spent time out of the country to do an artist residency in Budapest, Hungary. Read more>> 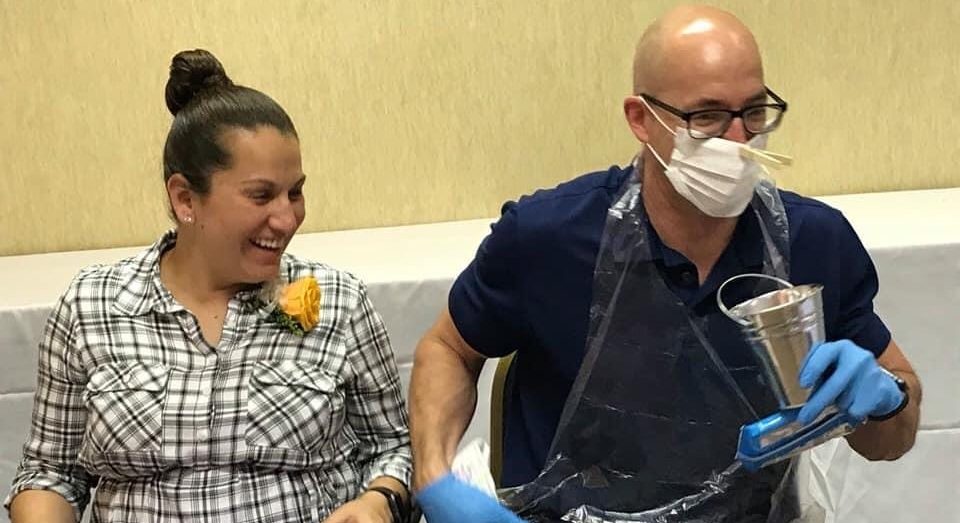 I have just retired from a 26-year law enforcement career. After High School, I joined the Army as a military policeman and did that for 6-years. In 1999, I joined the Tucson police department as a police officer and just retired on 31 July 2020. In 2012, I joined the Air Force reserves as a Security Forces member and have 7-years left until I retire from that. In 2018, a friend of mine, Danny Ray, convinced me to go audition for a new indie horror film in Tucson, AZ called A Cry In The Night. I auditioned for a small role and was offered a lead role. I accepted with excitement and nervousness. I had no idea what to expect. I put in the work and once on set I fell in love with the whole process of acting and making movies! Read more>> 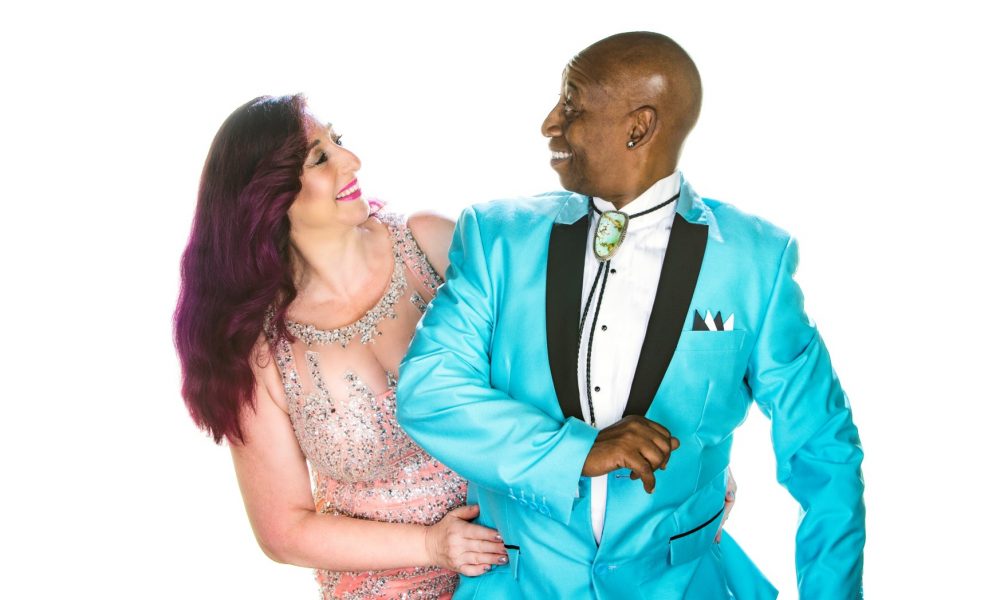 We met as Ballet crazy teenagers in Maria Morton’s ballet school in Tucson. Years later, after first marriages and families, we came back together and discovered that we now both shared a passion for bringing ballet to the next generation. With a modest sum of money received in celebration of our wedding, we founded Dancing in the Streets Arizona (DITSAZ) in 2008. The DITSAZ studio is located in South Tucson, a one-square-mile city surrounded by the City of Tucson that maintains a strong cultural heritage but struggles with high crime rates and poverty. The mission of DITSAZ is to use the power of dance to transform lives using the excitement and discipline of ballet to guide children in developing positive life skills. Read more>> 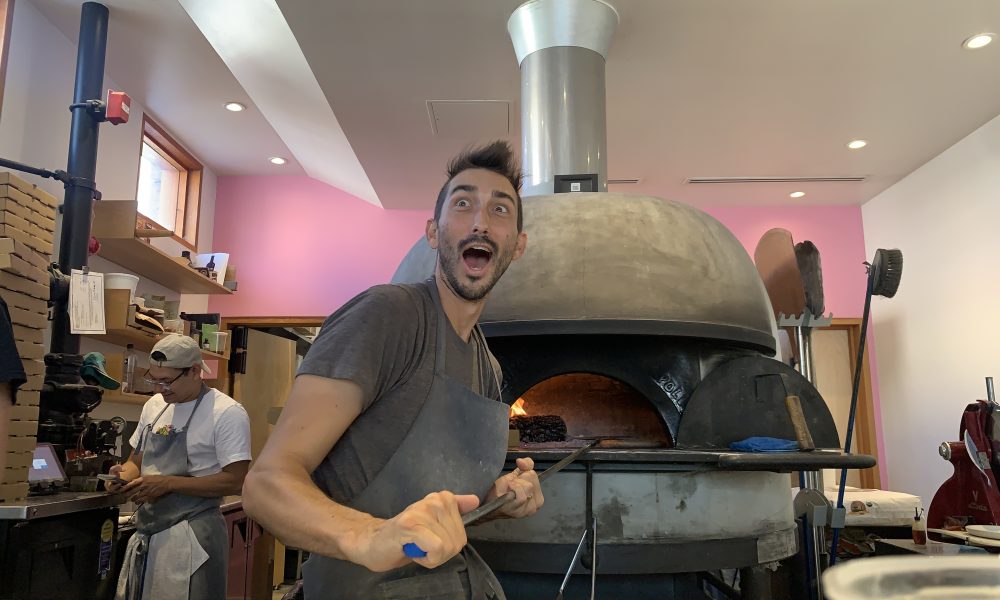 This restaurant is a collection of my life and experiences starting when I was living in Japan. Japan gave me a new appreciation for food and local specialties showcasing time and place and that we all have something to offer if only we look at what’s around us. I left my job there and flew to Italy to ride my bike everywhere. I could to eat all the pizza I could find. I stayed in Napoli for a little over a month to study at Pizzeria la notizia to learn what the original pizza is and get some basics of how a wood-fired oven works. Read more>> 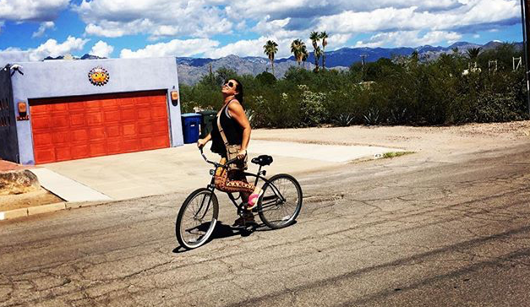 I’m a hometown girl, born and raised in Tucson, who grew up with an artist father in a family and city that embraces the arts. I was always creating – be it pottery, music, jewelry or various other mediums, I worked as a music teacher, preschool teacher, Birth and Postpartum Doula and eventually had two boys and became very motivated to earn a living designing and creating jewelry. Like many of us, I started working from home, as in a desk pushed up against a wall in the living room. My jewelry got picked up by the old Sage store at Old Town Artisans and the Gift Shop at The Tucson Museum of Art, and I began pursuing new leads. Read more>> 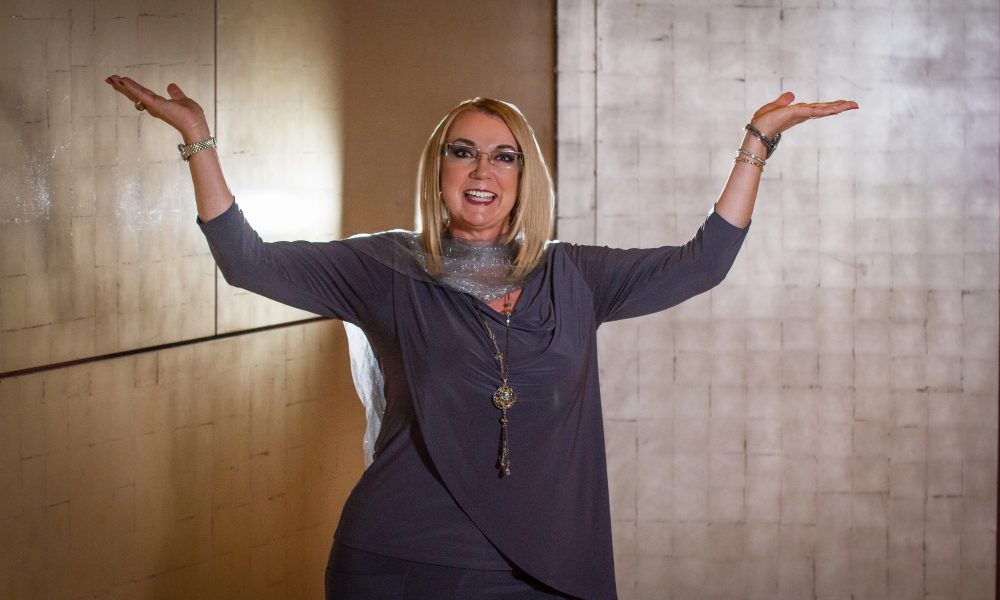 A dynamic, self-made entrepreneur who overcame obstacles with an unrelenting positive nature, a farm girl work ethic and a conscious choice to thrive rather than survive, Isabel Banerjee cultivated an award-winning, $10 million+ global chemical wholesale business and grew it from dining room table to international boardrooms. Read more>> 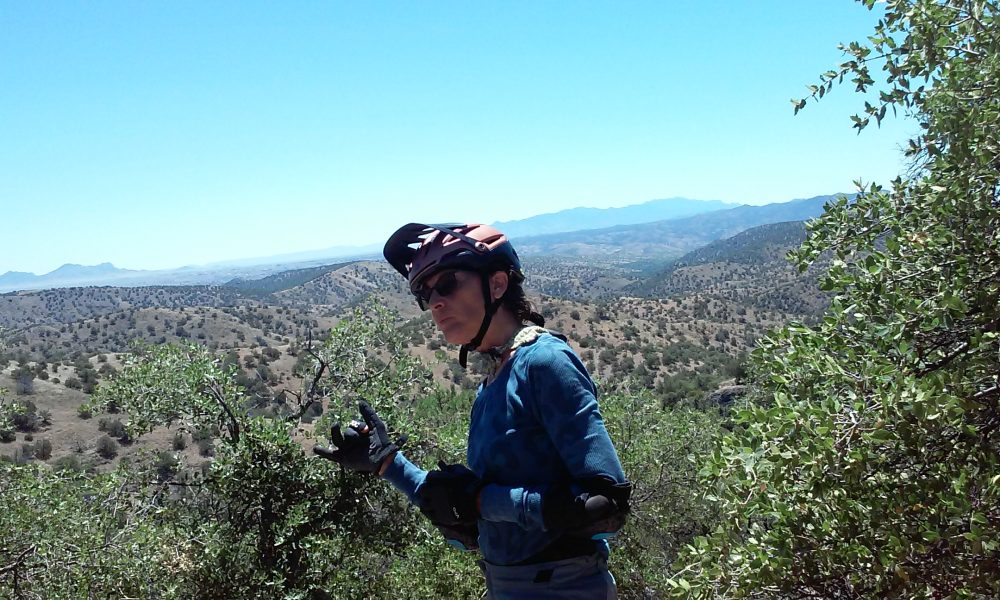 Started hairdressing in 1983, from the Vidal Sassoon school. have worked ever since while racing mountain bikes and traveling all over B.C. and the western U.S. came to Az first in the early ’90s and settled in Tucson in ’94 eventually trading the race bike for a rescued racehorse Lois. Competed in eventing with many horses that were given to me with behavioral issues but became jumpers and sold. Coming to my senses in 2007 after breaking my pelvis. Read more>>