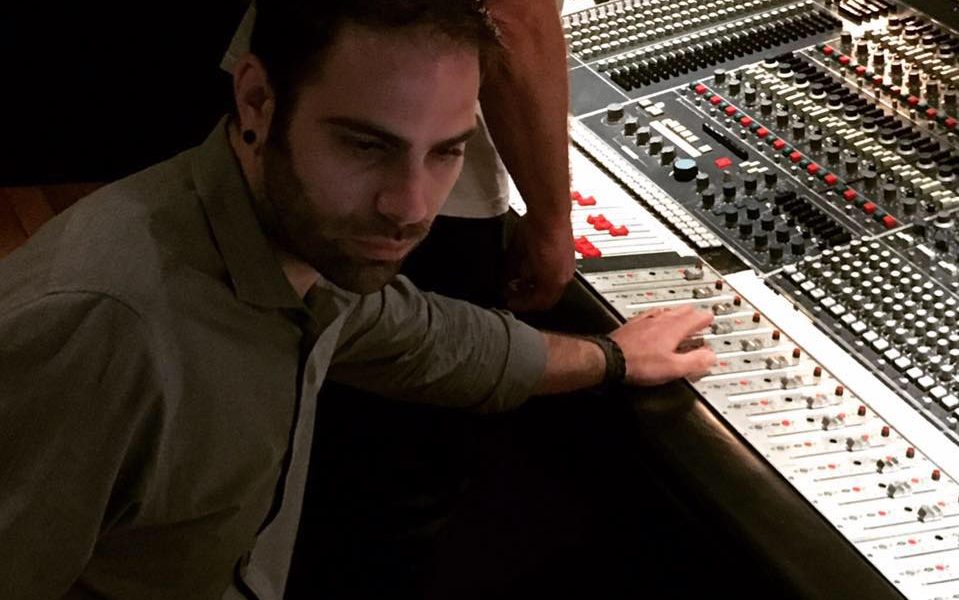 Today we’d like to introduce you to Jared Kvitka.

Jared, please kick things off for us by telling us about yourself and your journey so far.
Music has always been a big part of my life. I started playing the Violin when I was 4 or 5 years old. After a while I started turning it sideways and plucking the strings, so eventually took up the guitar. I played in bands in middle and high school and even recorded an EP my Senior year. I went to Tulane University in New Orleans, where I studied music and business.

While studying, I started getting interested in studios. I took a few classes on Music Technology and wanted to get more into recording. Since moving to New Orleans, I wanted to figure out a way to work at Trent Reznor’s Nothing Studios. I wasn’t exactly sure how I would do this until one night at a bar called Snake and Jake’s, I saw Trent sitting there. I figured this was my chance, so nervously went over. I introduced myself, told him I was interested in working at his studio. He told me to head down there the following week and ask for Kim, tell her we spoke and got my first studio job as an intern. It was pretty surreal to speak with him as I was a big NIN fan. I figured I had nothing to lose by asking, so just goes to show all you need to do sometimes is ask.

After working there for a brief period of time, I then moved over to Piety Street Recording, where I was working for Mark Bingham and John Fischbach. The engineers there were all recent recording school graduates and were willing to help me out teaching me what I couldn’t have learned at Tulane. I was there for three years, all while attending college, and working as a waiter/sommelier. I assisted on my first sessions with Mark and helped the other engineers on their late night sessions to gain as much experience as I could. I was working on everything from local Jazz and Funk artists to Metal. My favorite sessions as an intern would definitely have been Less Than Jake and Dr. John. It was three years later that I decided it was time to go for it and move out to California.

My first job in CA was at a private, destination studio, called The Document Room in Malibu, CA. It was there that I honed in on my craft. Recording, mixing, editing, assisting producers and engineers, and working on big projects. I quickly learned that mixing was my favorite part of record production, but also loved the interaction of recording with the artists. I got to meet and work with some of the best in the industry, like Kevin Shirley, Rick Rubin, Andrew Scheps, John Shanks, and Ryan Hewitt. Some of the artists that came through the door were Metallica, Bullet For My Valentine, Pink, Melissa Etheridge, Joe Bonamassa, and Iron Maiden, Avett Brothers, and Gogol Bordello. Even if I wasn’t engineering with some of them, I still worked with them as the studio manager.

I’ve been a freelance engineer ever since the studio closed in 2010. During that time I received a Grammy award for Engineering the Iron Maiden album The Final Frontier and received nominations for Joe Bonamassa and Beth Hart’s “Seesaw, and Joe Bonamassa’s “Live at The Greek.” In 2013 my wife and I moved out to Phoenix. I set up my own mix room there and started teaching at The Conservatory for Recording Arts and Sciences. I really took to it quickly. I hadn’t thought much about teaching before but now find it really rewarding and another avenue for learning. I’m already keeping up with things as much as I can, but it’s always great when you can learn from the students as well.

Im currently working on some projects back in California and will be posting more about that on my website and social media.

Can you give our readers some background on your art?
My thing is really about being in the studio. Although I play music, I really enjoy collaborating with bands and artist’s on their projects. Taking the initial idea, and moving it forward to a completed piece is really exciting. Whether it’s sculpting the songs in the studio, adding instrumentation, or working on lyrics, I enjoy the process.

As of now, I’m really happy mixing. I find it therapeutic to sit down in my studio and piece the puzzle together of how the song should come together. I’m constantly learning and changing what I do and find every mix to be an exciting challenge. What is going to make the songs translate the best, and how can I make them better and more exciting? My goal for the artist for them to listen to a mix I’ve done and think: “this sounds exactly like what I wanted it to in my head”…, or maybe better.

For the end listener, it’s always great when someone hears something you’ve done and appreciates it, but I try not to worry too much about that. My priority is to make the artist happy, sharing their vision, and feeling happy with my work. You can’t please everyone, but if the band or artist is happy, and maybe a few of my peers dig it, then that’s cool with me.

What would you recommend to an artist new to the city, or to art, in terms of meeting and connecting with other artists and creatives?
Social Media is a great thing, most of the time. If you find someone like-minded or appreciate what someone is doing, send them a message and let them know. If they’re cool, then that may be all you need to open up the possibility of collaboration.

What’s the best way for someone to check out your work and provide support?
I have a website I’m always updating: www.jkrecording.com.

As far as supporting it… go download something I’ve done, and tell friends that make music to check it out. Word of mouth is the biggest part of this industry, 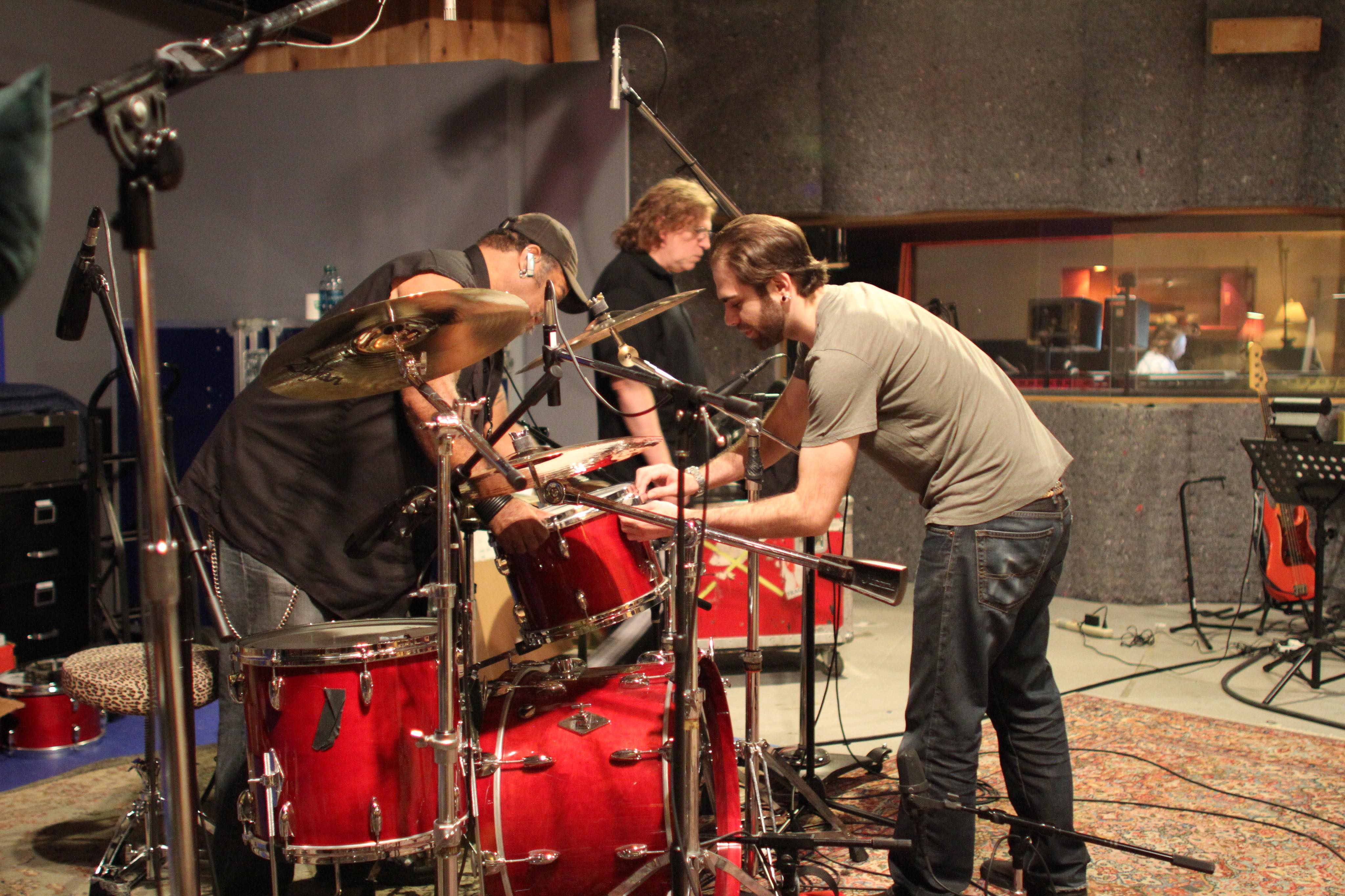 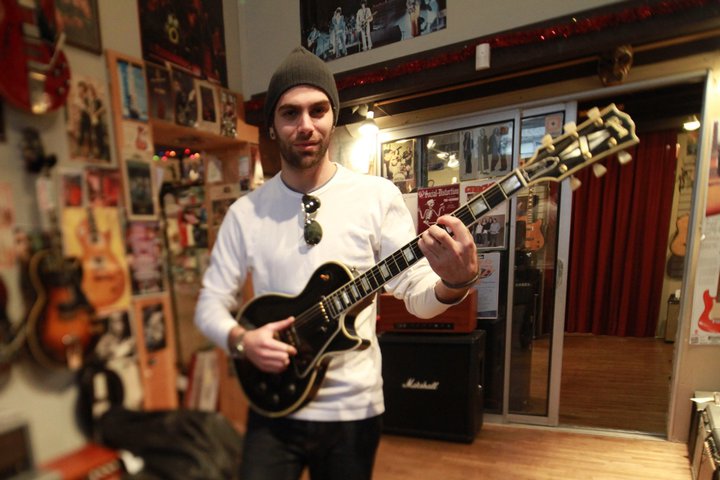 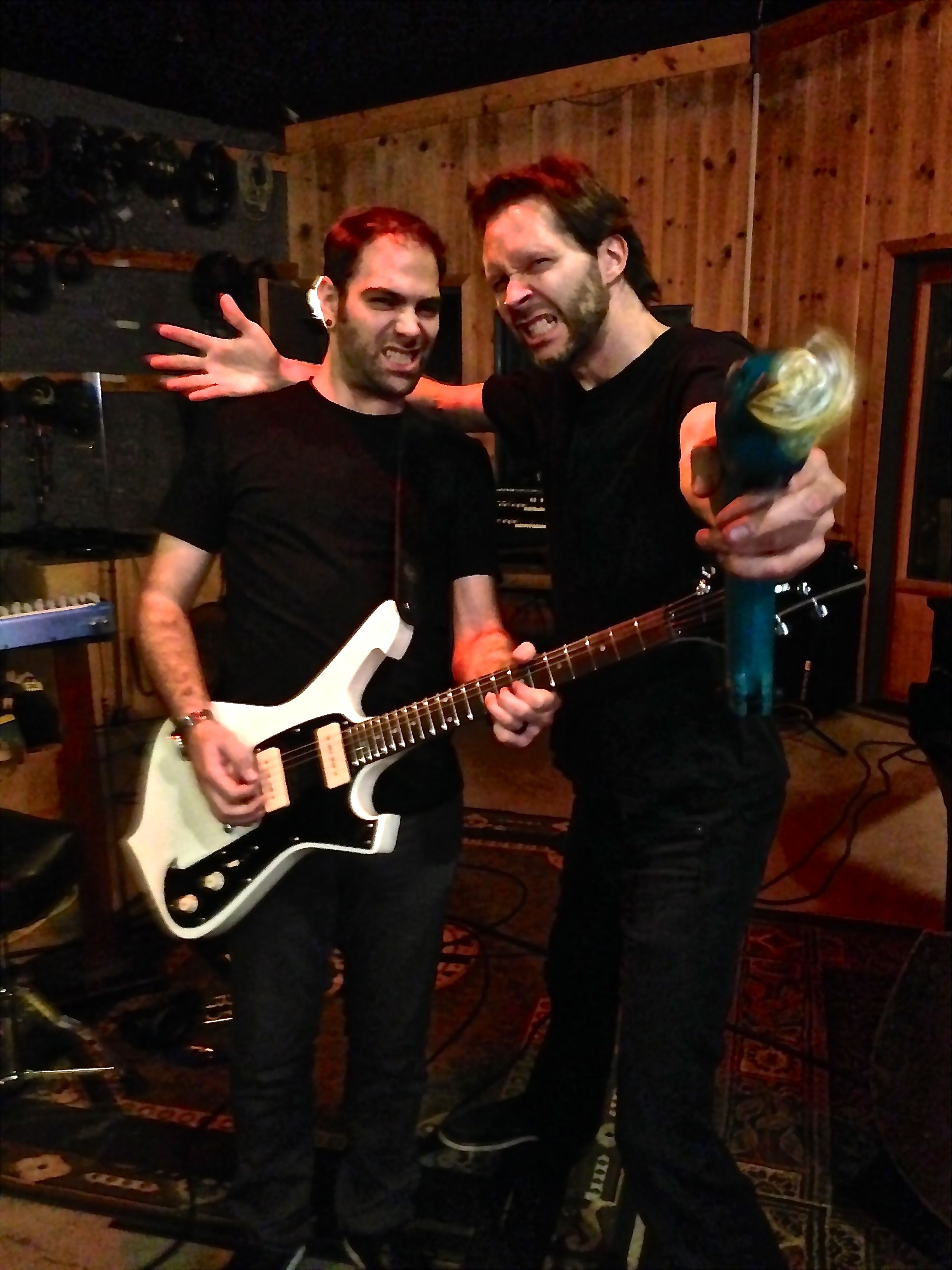 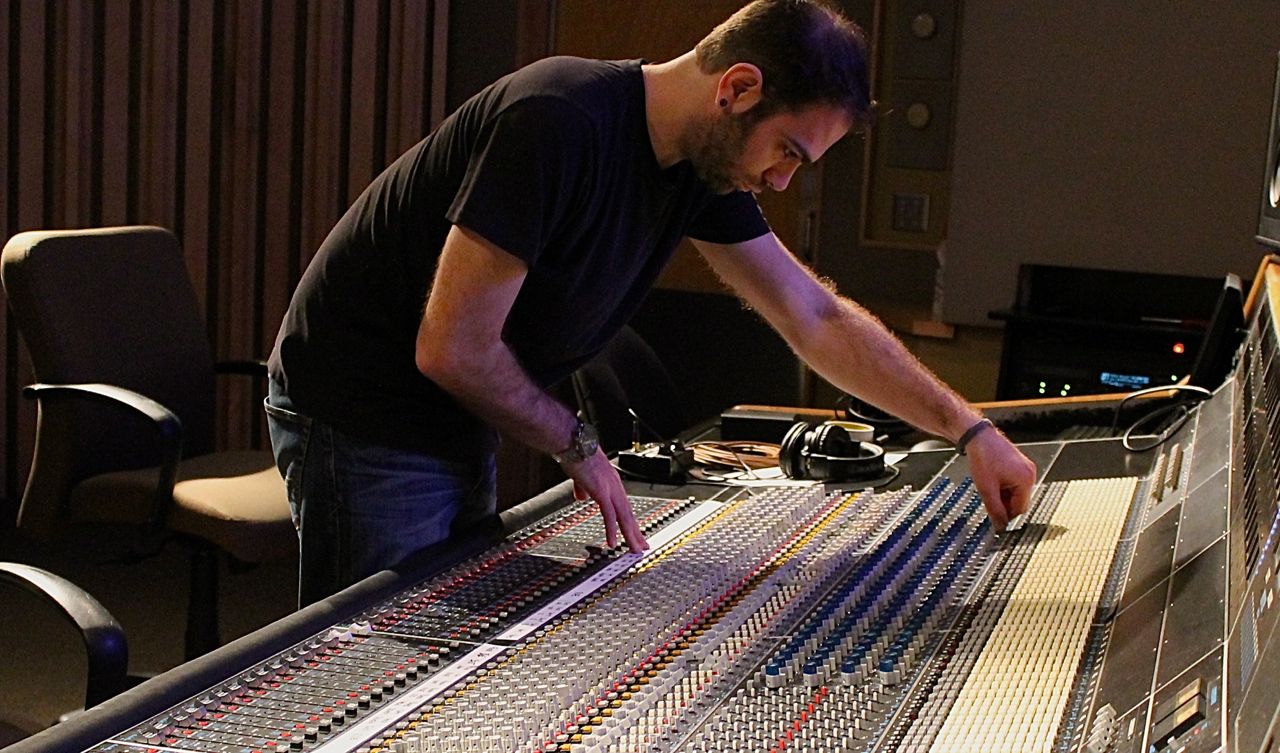 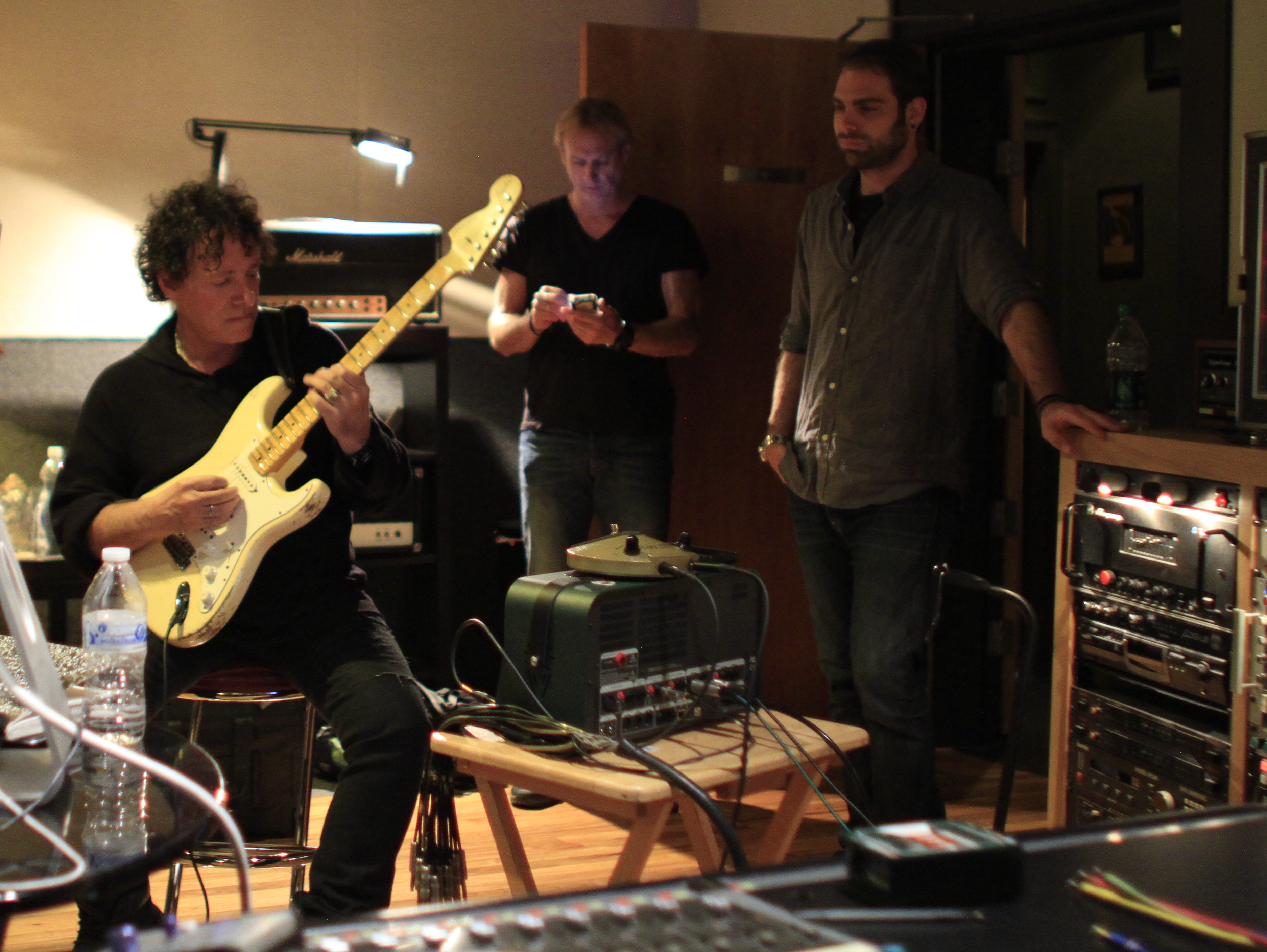 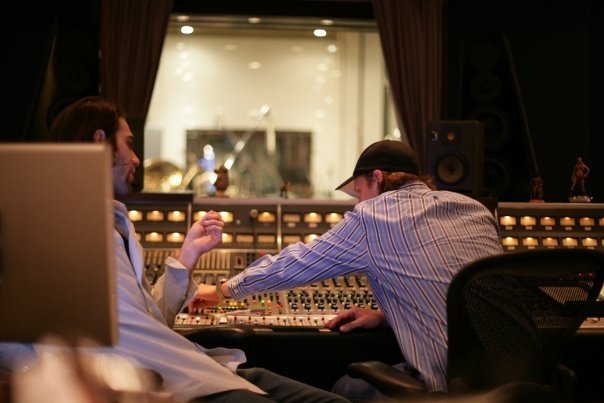