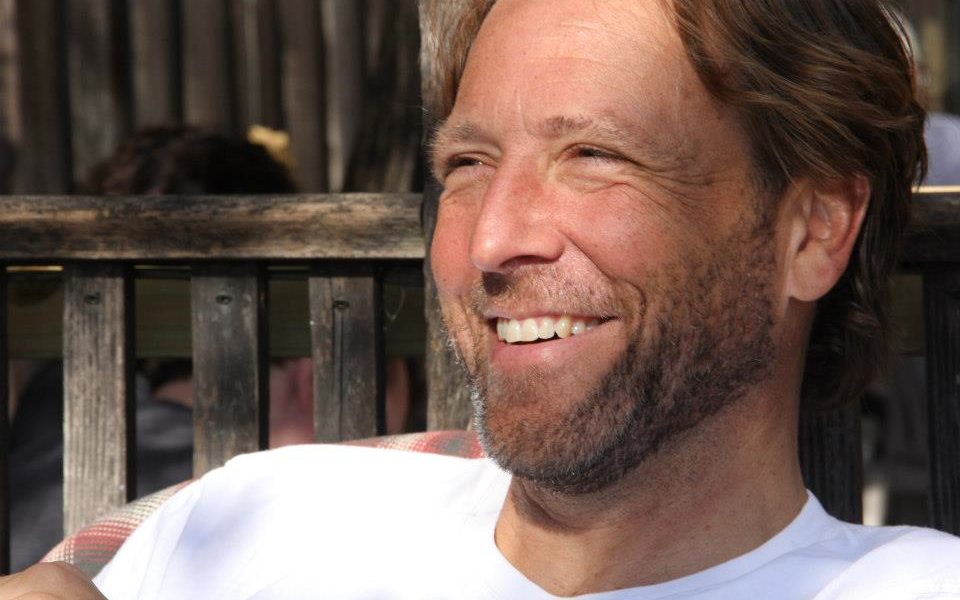 Today we’d like to introduce you to Bob Streit.

Bob, please kick things off for us by telling us about yourself and your journey so far.
I am an actor, writer, and musician, a proud father, a divorce survivor, and an incredibly blessed fiancé. My musical education began early and at home. Mother sang lullabies to my siblings and I. And, she sang to her father when he was fighting colon cancer. He moved in with us for the last six months of his life, and she would sing him to sleep when he was in pain. This became a nightly occurrence toward the end. She’d read On Death & Dying by Elizabeth Kubler-Ross and believed that our sense of hearing is the last sense we lose as we pass. On the night her father died, she sang him into the light. I lent a hand in my Grandfather Chief’s care when my father was at work, and the experience of helping Chief eat, helping him clean himself and witnessing my mother soothe him with song became seminal and central to my future as an artist. As an adult, I wrote and performed a series of music driven, 1-man shows with the GreyLight Theatre of Murphysboro, Illinois. Two of them, Hollerin’ Down the Holler and The Bitter with the Sweet, are thinly veiled, musically joyous, autobiographical pieces about grandfathers and grandsons, fathers and daughters, singing while you work, singing while you grieve, memory spurred by melodies, connections kept beyond death and the healing power of song. When I became a father, I read to my kids and sang them to sleep. Rock-a-bye, Baby, Amazing Grace, May the Circle be Unbroken, This Land is Your Land, Crazy, A Hard Day’s Night… The Beatles and the Stones, Willie Nelson, Johnny Cash, Hank Williams, Bob Dylan, Woodie Guthrie… My Children and my mother taught me to sing. Chief and the artists listed above suggested what was worth singing about. I could go on about college and grad school, English Degrees, Masters in Art Therapy, work as a therapist in psychiatric settings, writing plays and screenplays, directing documentaries, making records, making movies. Suffice it say, studio time was cheaper per hour than seeing my therapist and making rock ‘n roll records when you are going through a divorce can save your life. And, those same records, if they are honest enough, even-handed enough, full of enough joy, sorrow, power chords, blues riffs, melodic hooks and good humor, can touch others, soothe and entertain others going through similar stuff. They can also convince a Mesa gal to give you a chance. And, one last thing: if you meet someone and they make you want to sing, if songs just jump up out of your daily life together and they keep on getting better and better, you better take that person, that gift, seriously. Commit yourself to them, move to Arizona to be near them and run all over Phoenix singing those new songs because these are the signs of a special and fertile relationship, precious and rare, and folks around town may just draw hope from it and do deserve to get in on the fun. . .  Good grief, I sound like a pop song preacher.

Can you give our readers some background on your art?
Most of my creative energy of late goes into writing, recording and performing original Americana: love songs, story songs, protest, and drinking songs, songs rooted in roots music– folk songs, work songs, old-time country, blues, garage rock, art songs, rock ‘n roll. I am also a SAG actor and writer represented by Danis Agency in Tempe. I’m an actor for hire looking to help folks tell their tales. I’ve written plays and screenplays and may return to it soon as I have a few ideas of my own germinating. If I go there again, the roles will be reversed, and I’ll be looking for some of you all to help me tell my tales. In terms of themes and motivations in my work, I can tell you that helping my mother nurse my grandfather through the last months of his life, listening as she sang him to sleep at night, studying Art Therapy at the School of the Art Institute of Chicago and working in-patient psych. at Chicago’s Michael Reese Hospital taught me a whole lot about the healing power of creativity and art, especially song. In one way or another, that healing dynamic has surfaced in much of my writing and performing. As an actor, the notion of being of service– to the script, to the story, to your fellow ensemble members, to your audience– guides my work. That, and a strong belief that most everybody is hungry for a good laugh and a good cry. It is my honor when performing to set folks free emotionally. And toward that end, its my responsibility to bring it– every night, every scene, every song. Lastly, I will tell you that when I wrote the first few songs for what became my first two records, it occurred to me that the process might roll out more strongly and smoothly if I thought of it as a song series. Subsequently, the title For My Better Angels popped into my head. Its a nod to Abraham Lincoln and I was living in southern Illinois back then. More importantly, though, I was going through a divorce which I had been fighting for quite some time. The word FOR was key. I knew deep down that it was important to finally turn my attention away from my anger over the things I was losing and turn it toward those things and those better and battered angels I was grateful FOR still having in my life: my children, my friends hanging in there with me, the guy at the hardware store who wouldn’t sell me appliances for my new house till they went on sale, the angels who agreed to a date or 2 and reminded me that I might even be attractive again after an adjustment or two. It led to For My Better Angels, Parts 1 & 2 going up online on CDbaby and they are 2 of the most upbeat post-divorce records you are ever gonna hear. Hell, if I didn’t say all that heavy stuff a few sentences back, you might hear the songs and not even make the divorce connection. My newest work owes much to Arizona and the inspiration of my fiancé, Amber. It is infectious, just like her. Come to my next show. I’ll sing a whole bunch of it for you.

He met her old school in the flesh.
He asked her had she and she said, “Yes,
I wore these gloves for you,
I always do.
She turned away then, and she laughed
the laugh of an Arizona life raft.
He wondered, had she told the truth?
Some people do.
Sometimes a moment is just a moment.
Sometimes a joke is just a dance.
What does it mean that we keep catching one another looking?
Sometimes a glance is just a glance.
Sometimes it’s your second chance…

Do you think conditions are generally improving for artists? What more can cities and communities do to improve conditions for artists?
Its a mixed bag for artists these days. For actors and musicians, the means of production are affordably in our hands– and in everyone else’s hands too. There are a zillion films and records out there now. Finding one you dig, one that speaks to you, is the trick. There is no excuse not to make high-quality work. Selling it, making a living off of it, may be harder than ever, though.

Cities like ours can fund arts education pre-K through 12th grade; they can introduce kids to art early, they can put the means of production into kids’ hands in school, and in after school media-based programs. Cities can support community radio, PBS, locally produced cable access TV. And, not just webcasting, but Broadcasting. Give the left end of the dial back to the community.

Conditions for artists these days mirror those of every other person in our deeply divided society. The question is how to make challenging, enchanting, socially relevant and responsible, entertaining art without descending to the same ranting that dominates so much of our talking head, 24/7 media coverage. Do we really hate our neighbors as much as the cable news networks make it seem? How about arts funding with some strings attached? Diversity, inclusion, room for honest anger, room for sorrow and hope, room for right and left, in and out, straight, gay, transitioning, rich and poor, artists and those who think, “I’m not an artist (but I’m Interested)?” Why bother with the arts? Why teach art in school? Van Gogh painted a portrait of his landlord. Her skin is green. He is telling us something true about her essence, her personality, her being. There are often many truths. The arts teach us this humbling truth about truth which math and science and geography can tempt us to forget. Without these many grey shades of truth life becomes black and white, polarization becomes inevitable. Art making is one of the very few ways for disperate people to come together, appreciate each other, and find common cause.

What’s the best way for someone to check out your work and provide support?
You can catch me in the film, Unconditional, on Amazon Prime and in the film, The Infiltrators, on the film fest circuit. The Infiltrators has been optioned, and a series based upon it is in pre-production. That series should come to your streaming service in a year or 2.

I just completed a run of solo music shows around Phoenix and am working on another. If you follow me on Instagram (@BobStreitActor) or send me a friend request on Facebook (https://www.facebook.com/BobStreitActor/), I will send you show invites as they come up.

I use open mics as places to work out new material and to stay in shape between paying gigs. You can cross my path at places like Terrior, Pho Cao, Roosters Country, Rulla Bulla, and others dotted around the city. I do house concerts, back yard parties. Message me if you’re interested.

My first 2 CD’s are available for purchase and/or download at: https://store.cdbaby.com/artist/bobstreitthedamagedone.

The albums play there in their entirety for free. So, if money is tight, go to CDbaby and simply enjoy.

My film & voice reels, social media & music links are all available at: www.vimeo.com/bobstreit.

If you need an actor, a voice artist, a screenwriter, a script doctor or a singer-songwriter, follow the links and give me a holler. Let’s talk. 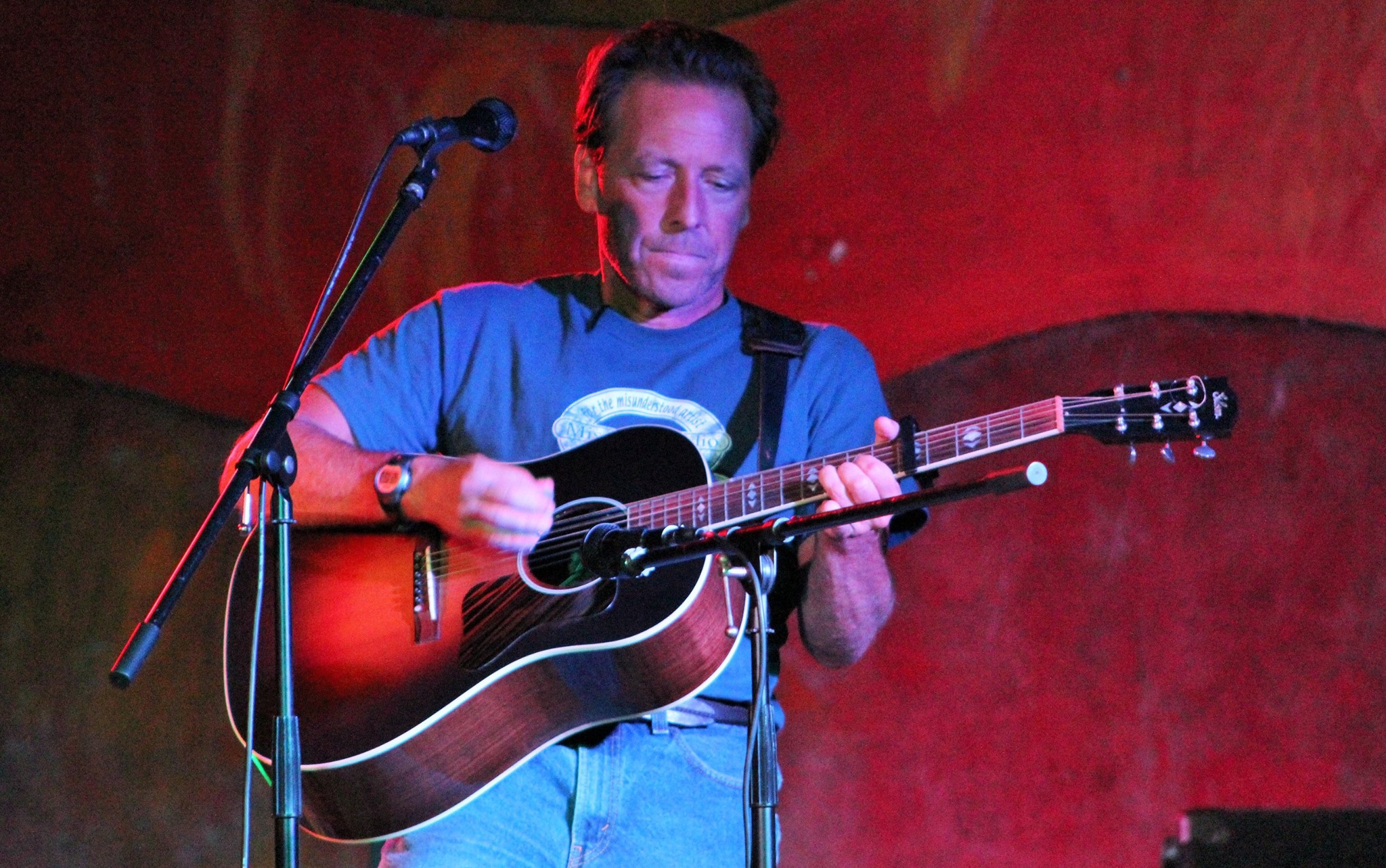 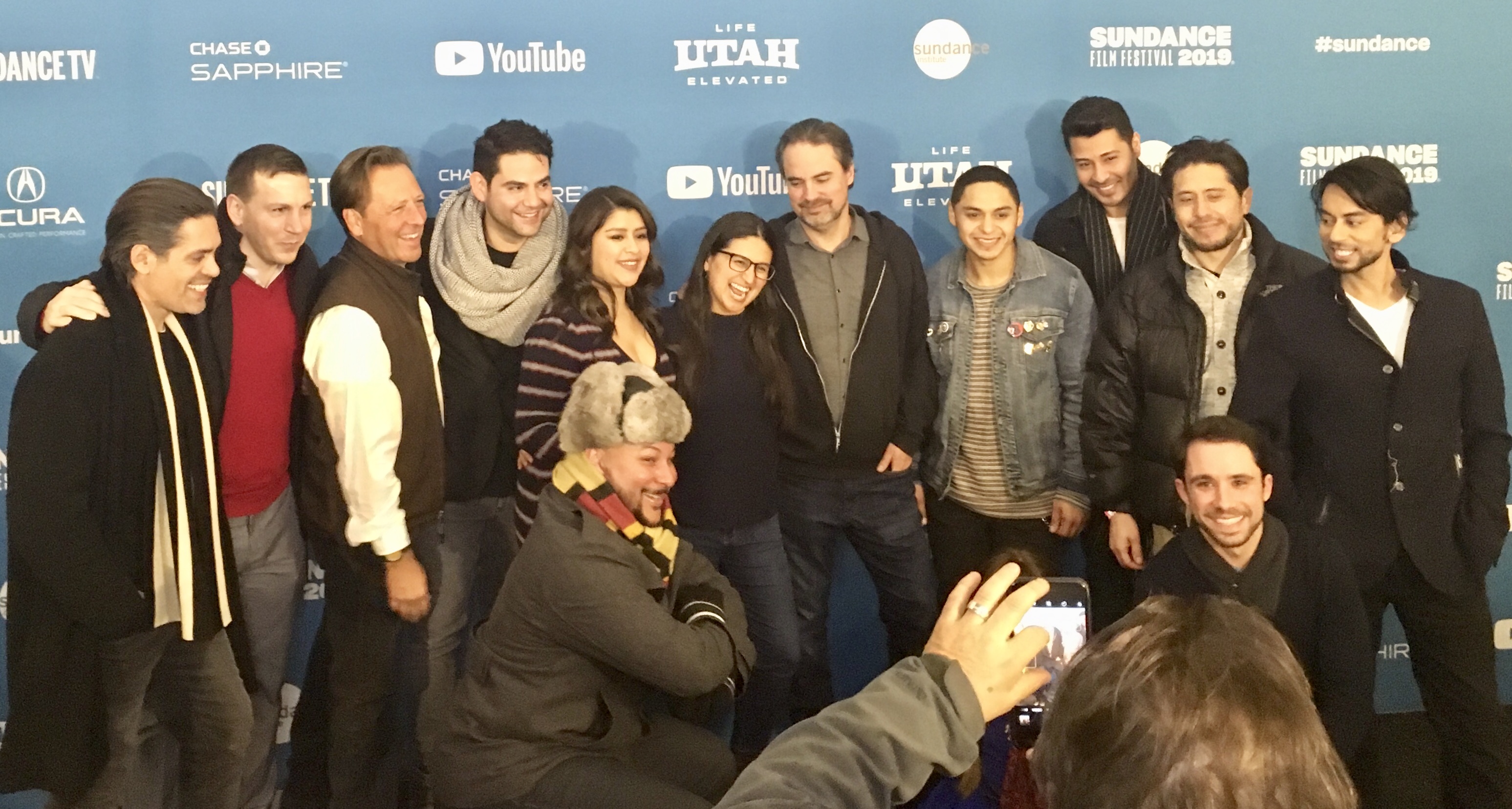 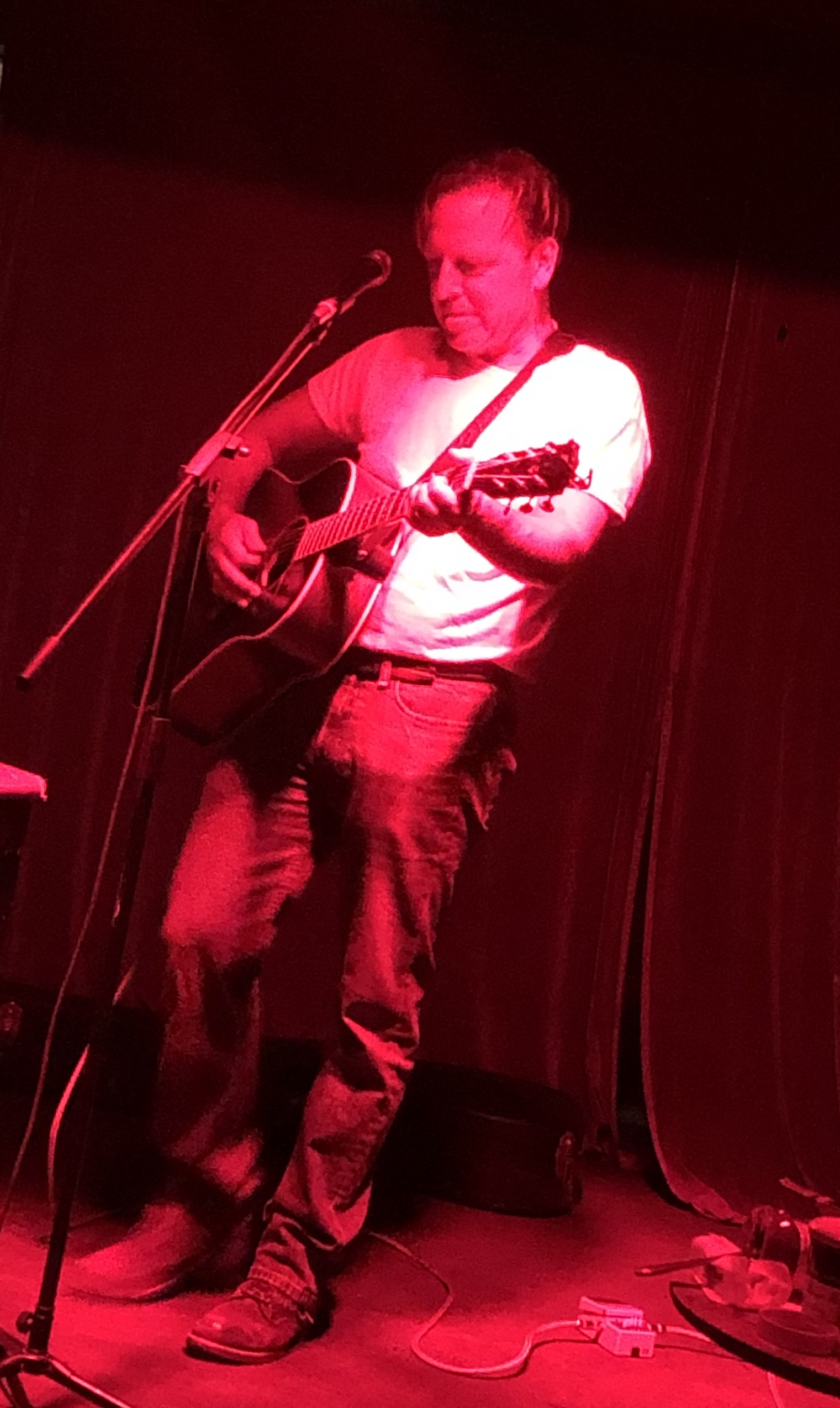 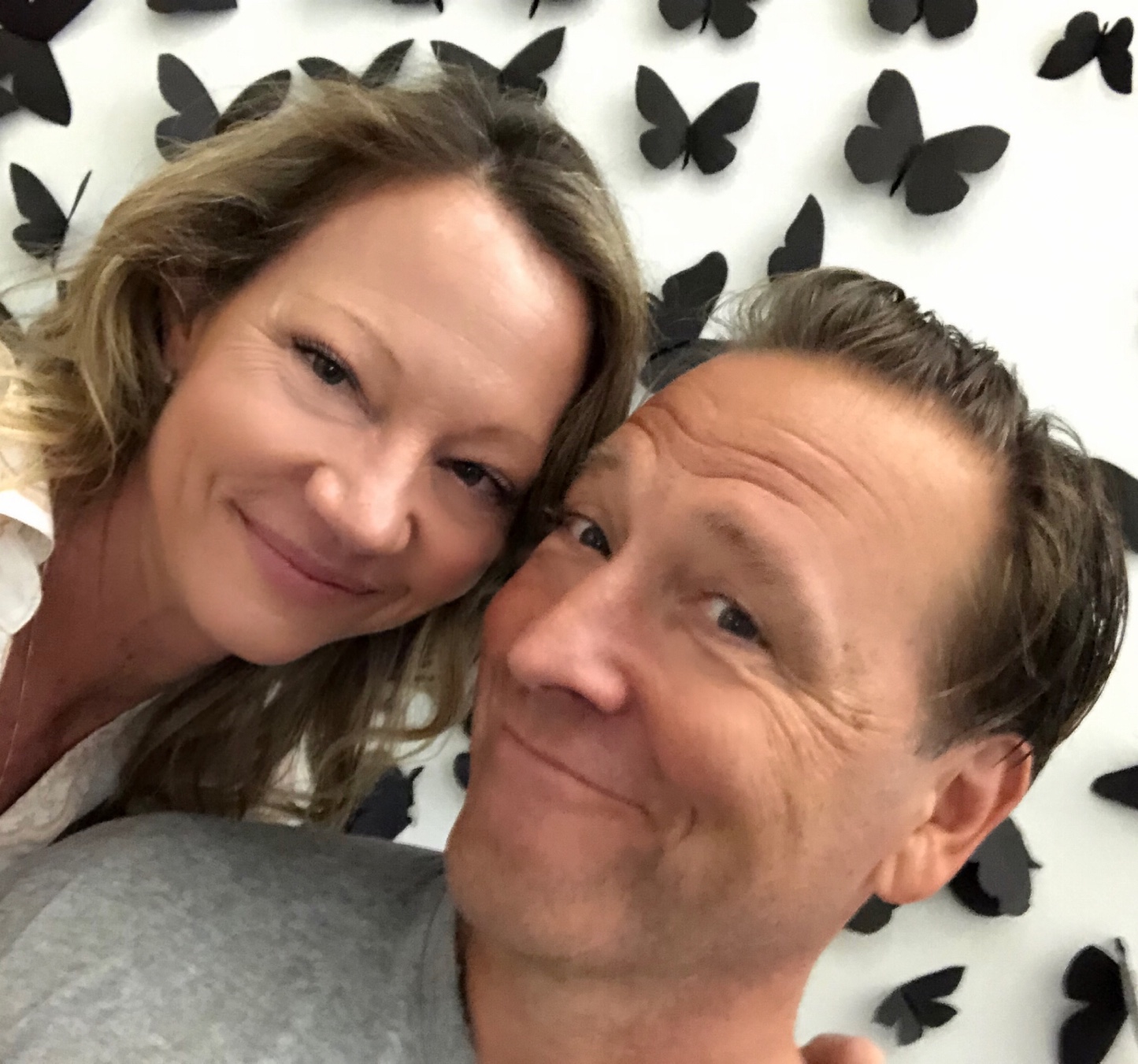 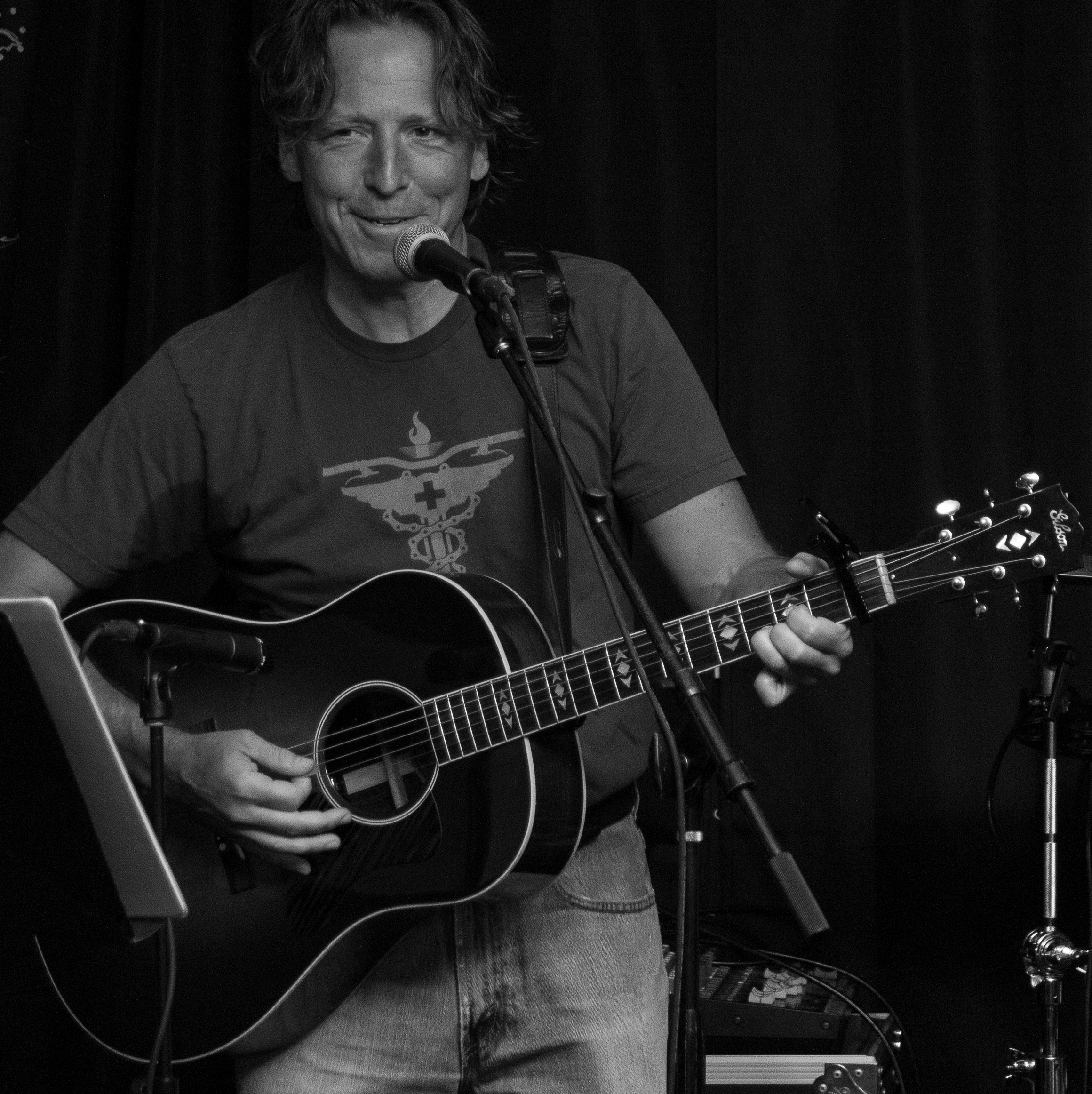 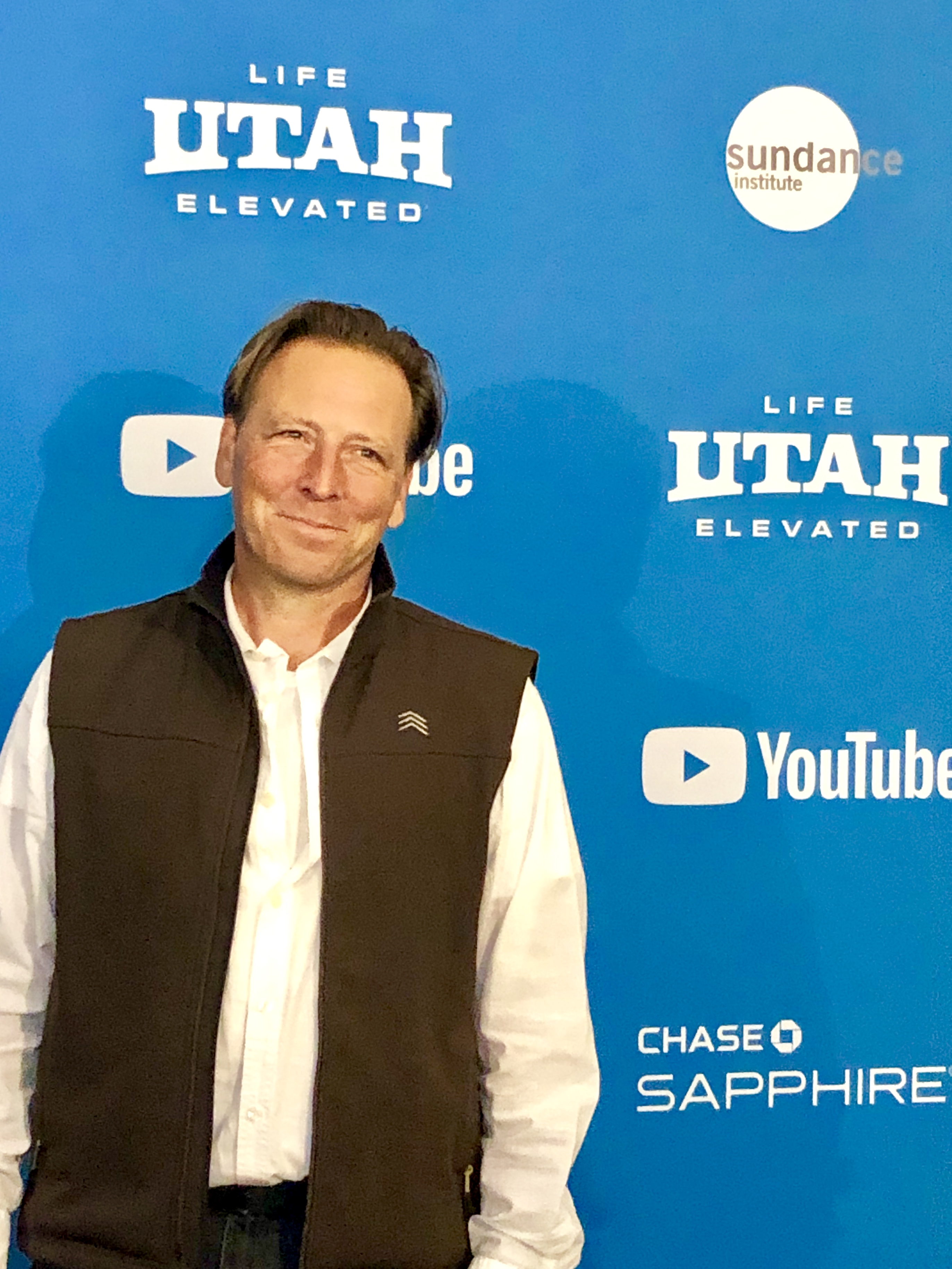